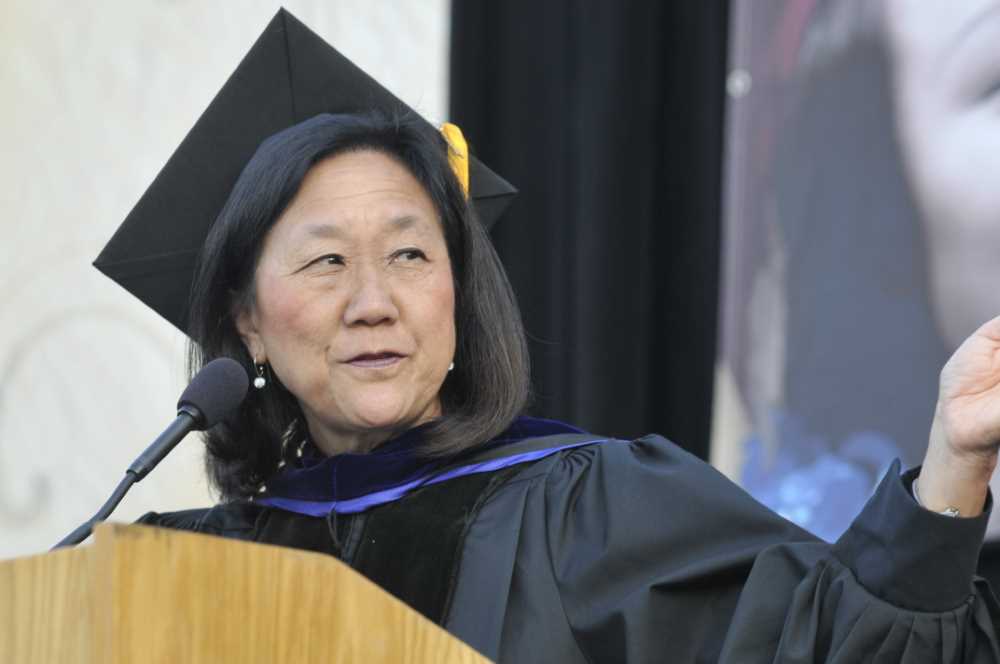 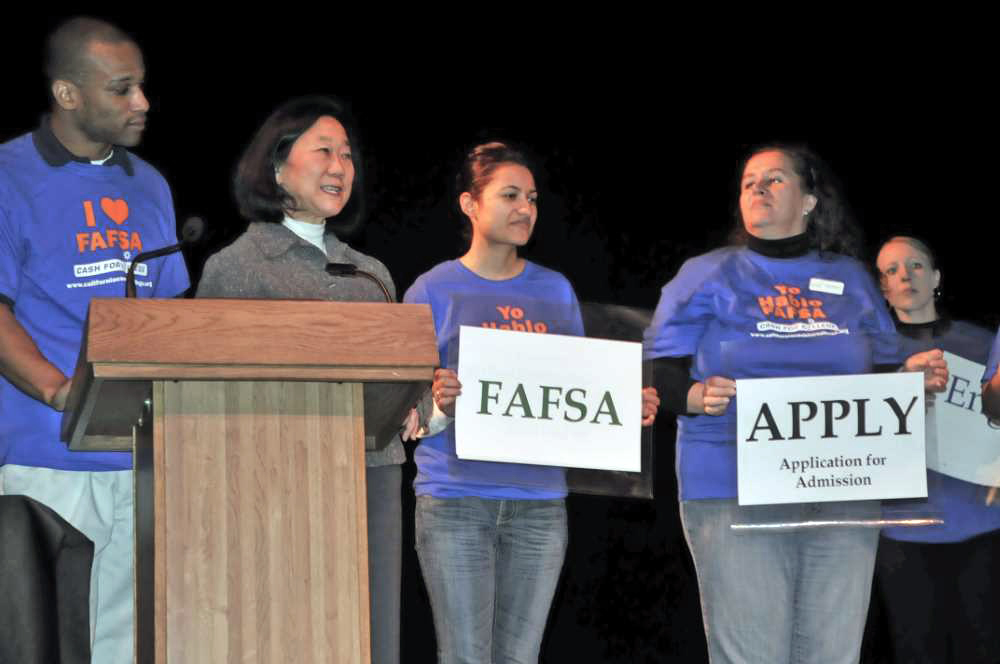 UPDATE:  A retirement celebration will be held for Audrey on January 26 at 2 p.m. on the 9C stage.

In all senses of the word, Dr. Audrey Yamagata-Noji has been a fixture of the Mt. SAC Campus for the past 26 years and has seen how greatly the campus has changed in that time. The department she led is often credited with bringing a good part of that change. When she first arrived on campus to run Student Services in 1996, the college only provided the most basic of services to its students: Admissions, Counseling, Financial Aid, EOPS, Student Health, Student Life, Career & Transfer, Assessment, and what is today ACCESS. 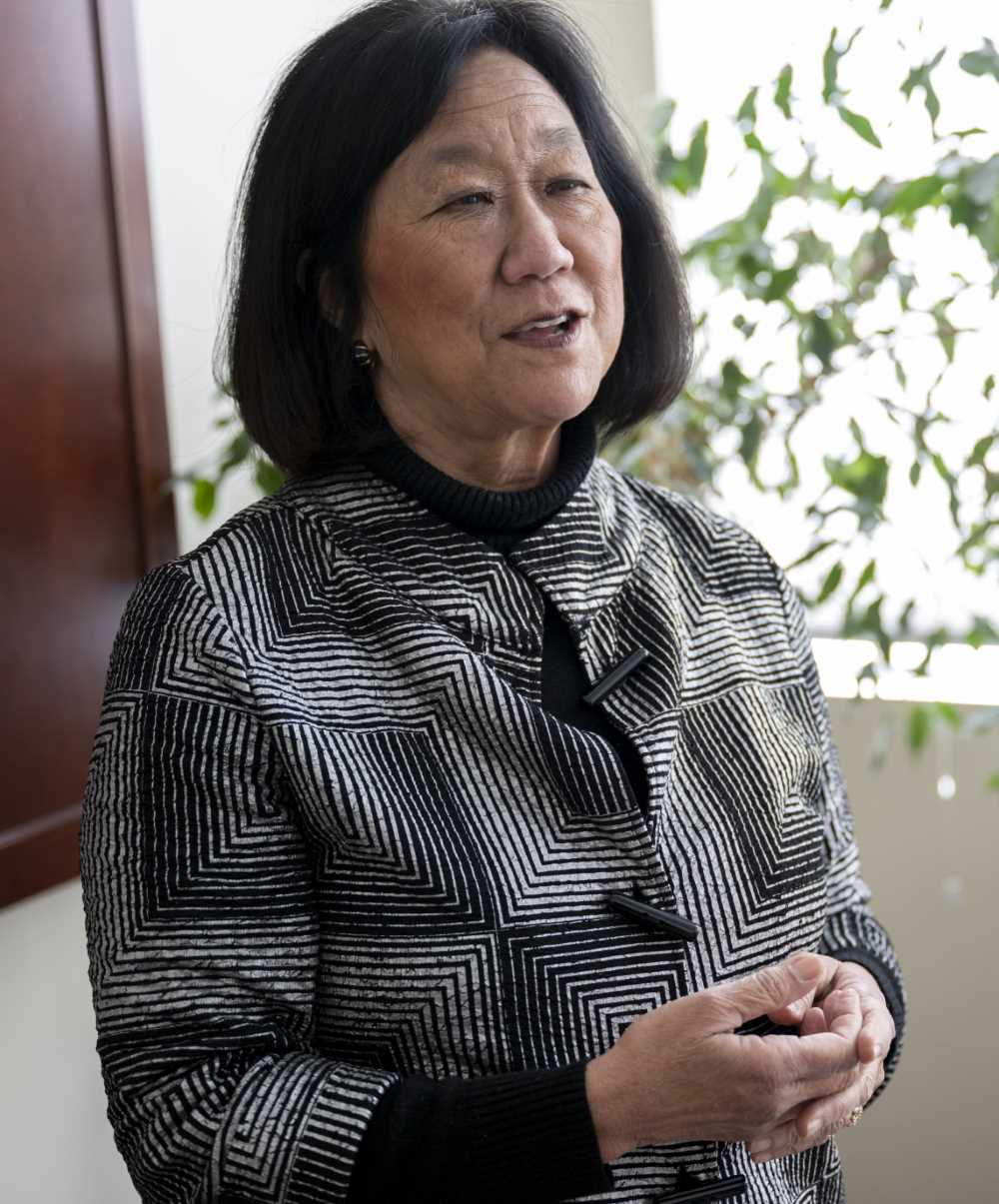 “The more needs we discovered that students had, the more expansion we did,” said Yamagata-Noji. 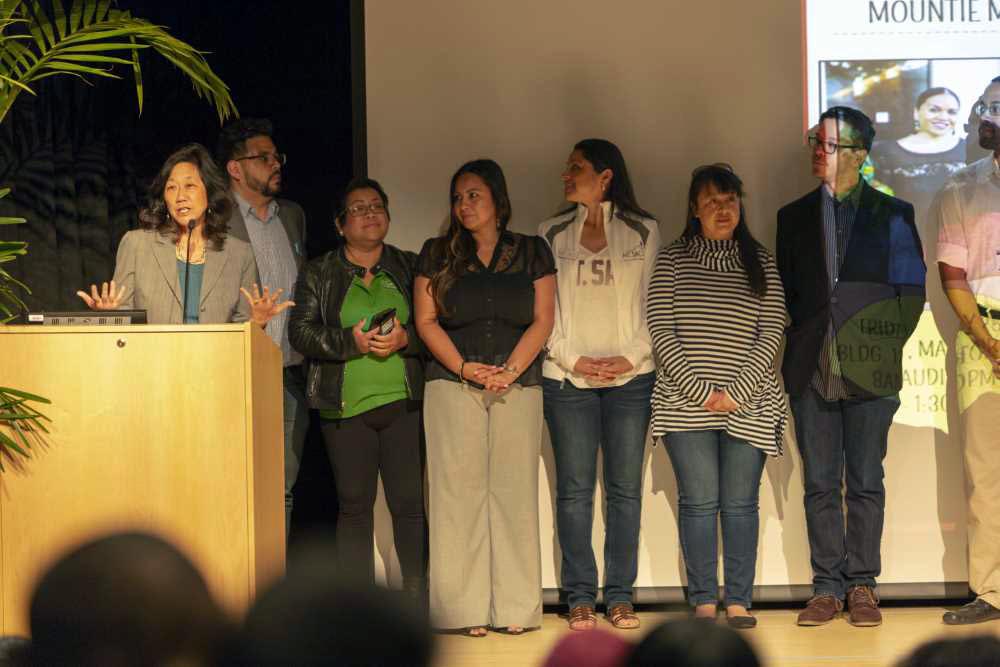 Audrey had been planning her retirement for a good long while, and even planned on taking it at the end of the Spring Semester in 2020.

But then the pandemic hit… 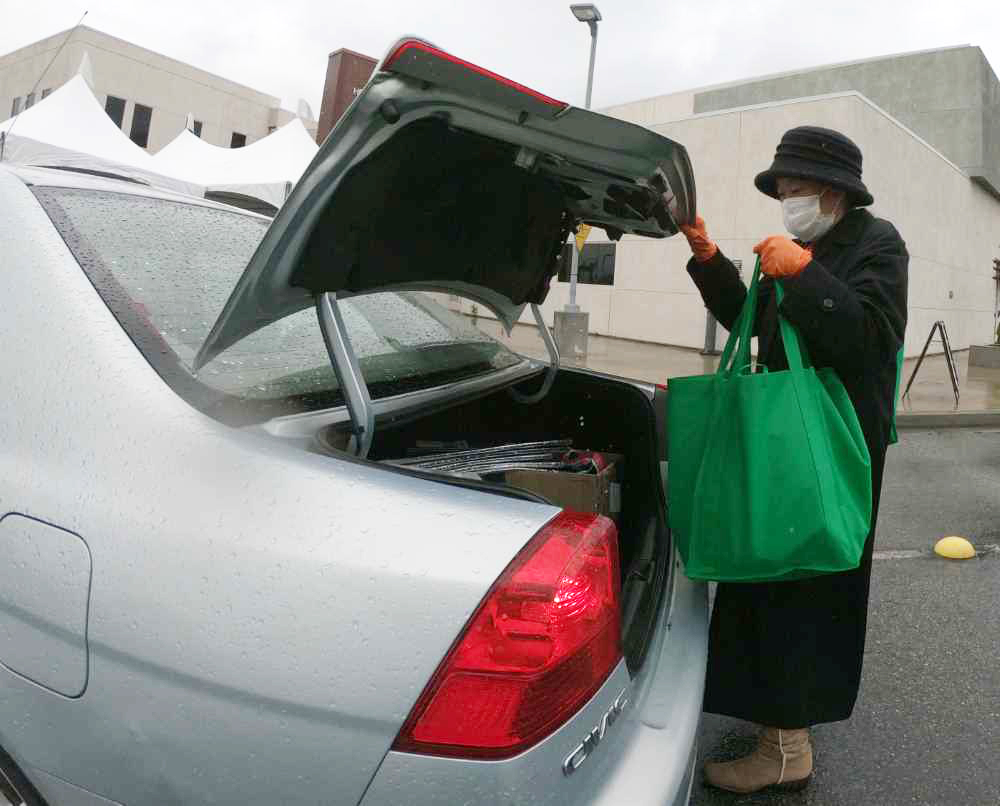 “We didn’t know where we were going, or what we had to do. Our executive group was meeting daily, virtually. I felt an obligation to see us through that. We were able to turn on a dime to remote work and learning. A week after we shut the campus down, we were handing out laptops to the students. Whatever we needed to figure out, we did. We did the food pantry as a drive-thru, for example.” 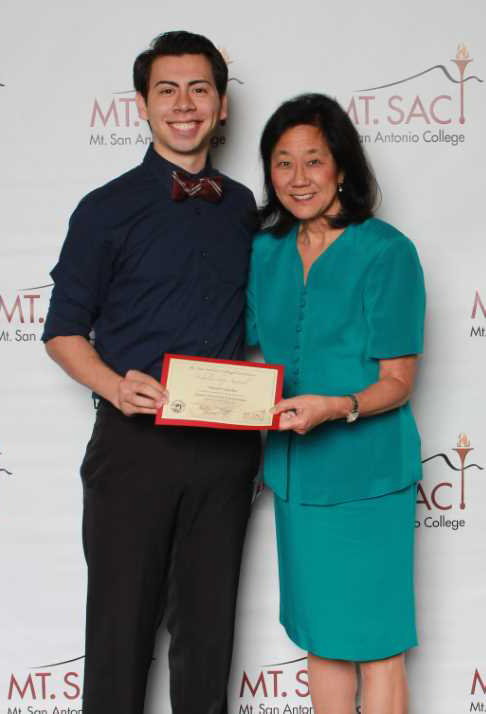 Audrey doesn’t know exactly what she will be doing in her retirement, and that left her free to stay onboard for another 18 months to help weather the storm. As difficult as it was to transition to a virtual campus, the real challenge would take everyone by surprise: the return to campus. 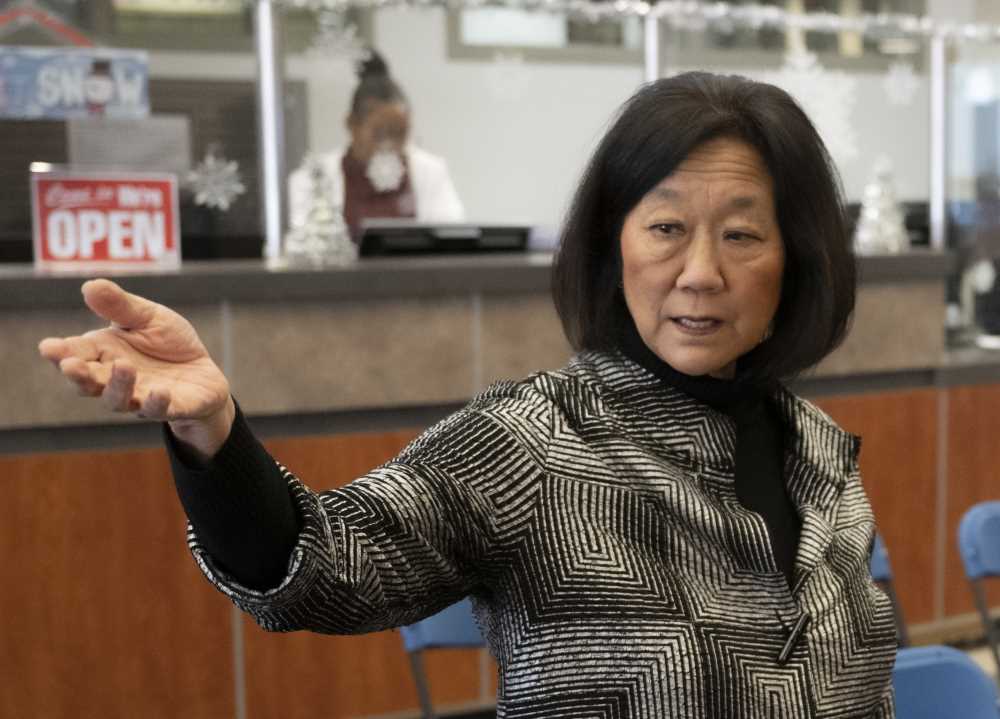 “We still had a pandemic going on. New policies were put in place after students had registered for the Fall. We already had accepted them in, told them to come to campus, and now we had to tell them ‘you must be vaccinated or get tested.’ Nobody knew how to do this. We were making it up as we go.” 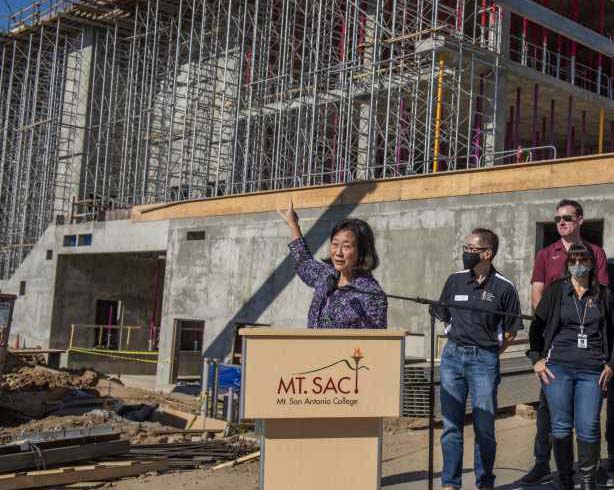 Throughout the years, Yamagata-Noji has often responded to troubling trends with students by creating a plan of action to help that group succeed. Under Yamagata-Noji’s leadership, Mt. SAC was the first community college to have a DREAM program.  Similarly, the Minority Male Initiative came about after watching male students of color enrollment and success rates drop. 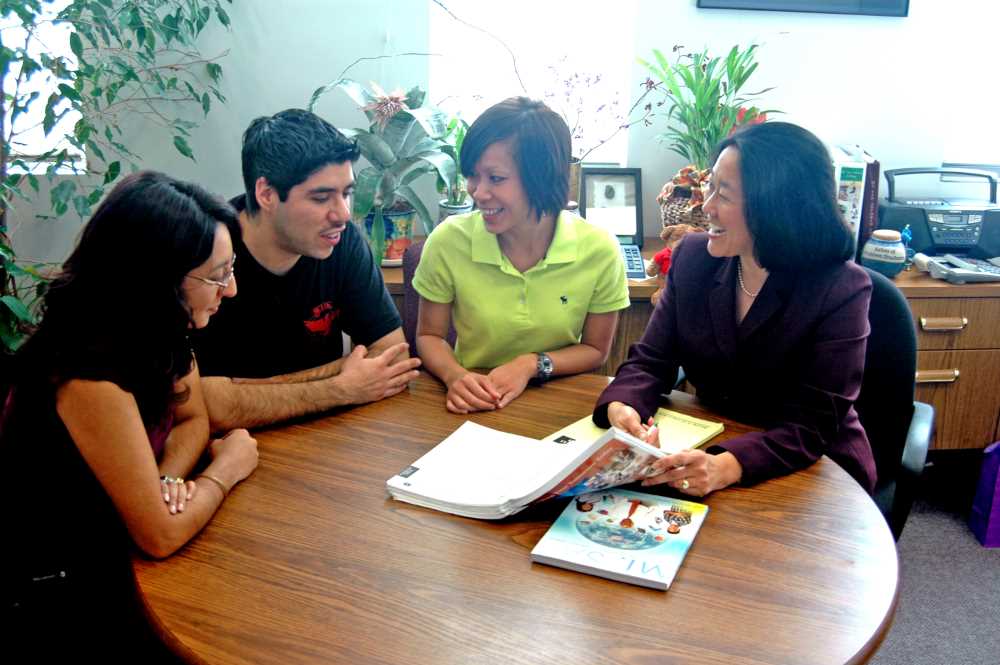 “We told all of our programs to send us their male students of color for a focus group. We began the meeting going around the room and having the students and staff share their stories. That took two and half hours. No one wanted a break. It was intense. The students were hearing the staff’s personal stories and were saying ‘I thought I was all alone in this.’ 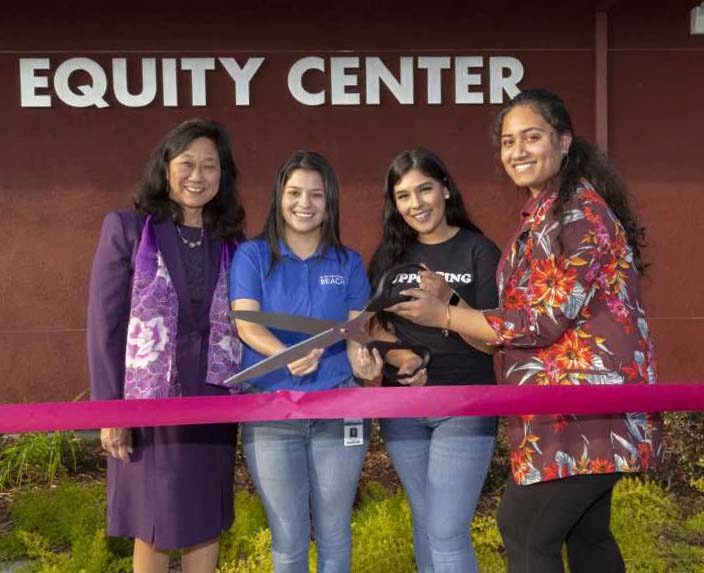 “A lot of male students of color think ‘I’ll make it on my own.’ They don’t think to reach out. Today, one of our markers of success with the program is if they talk to their professors.” 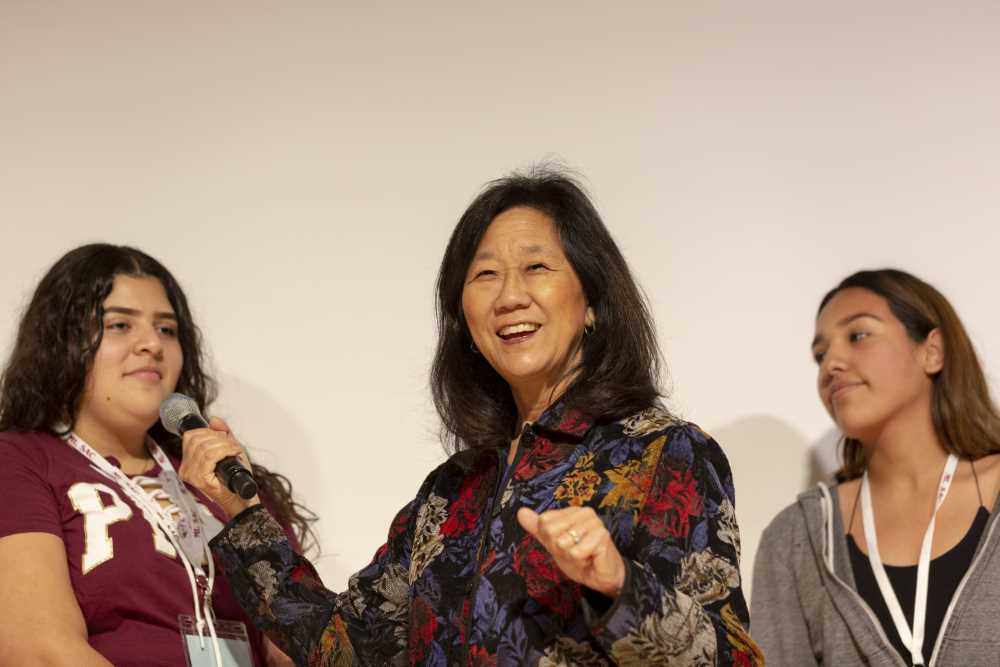 Her first big project on campus, in 1996, was to bring a freshman-learning community to campus. This would become the renowned Bridge Program. She immediately noted the need for this because of the conundrum community college students faced upon enrollment at that time. 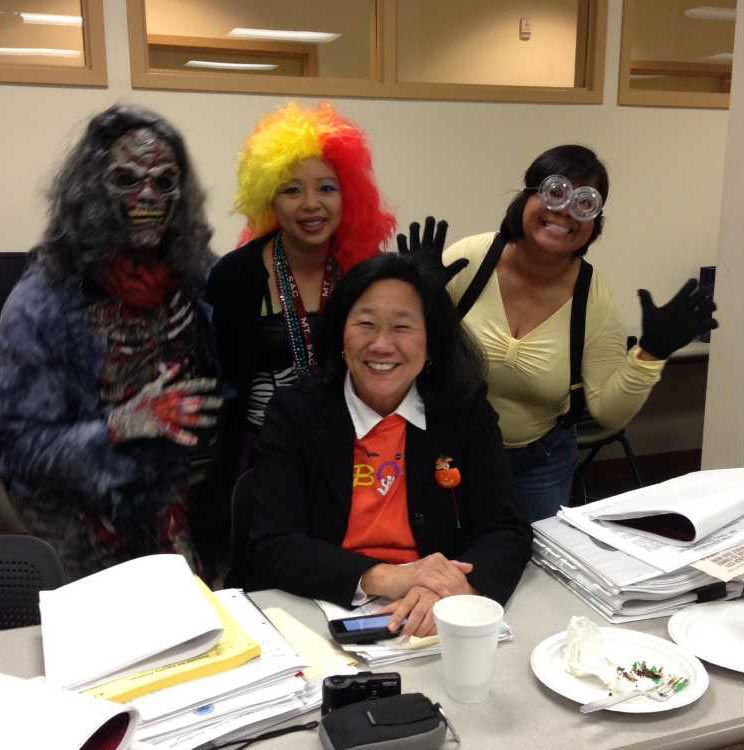 “If you graduate from high school, you should enroll in college-level classes, right?” asks Yamagata-Noji. “But, (before we had Bridge) we were sending high school graduates to take courses two or three levels lower than college level, just to be qualified to take the college level courses. So, you could not graduate in two years, or even three years, for that matter. Students were taking math for six semesters and English for three or four semesters. 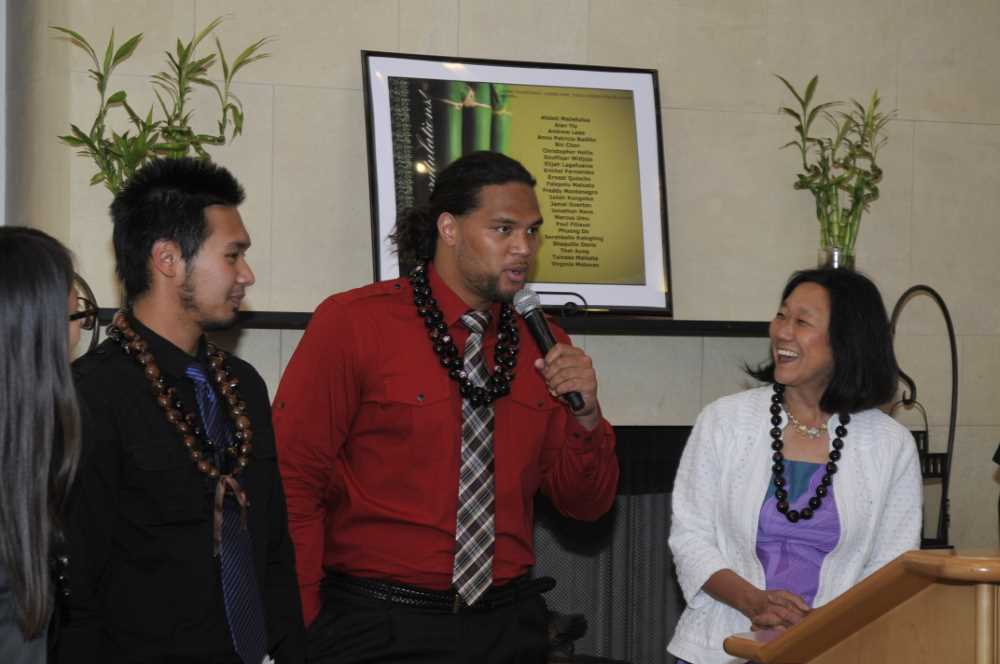 “So, we started Summer Bridge, allowing our first-time students to take those ‘gatekeeper’ classes in the summer so that they could begin their college level courses in the Fall.”

The result was a program that fundamentally changed the college and how students can now begin their higher education. Audrey noted that at the previous Board Meeting (in November 2023), five new employees who addressed the Board mentioned they had gone to Mt. SAC themselves and came through the Bridge program.

This early success in her career cemented Audrey’s position at Mt. SAC. In the years following, the college became focused on serving first-generation college students and lower income students, a demographic that once saw a college education as only a dream. 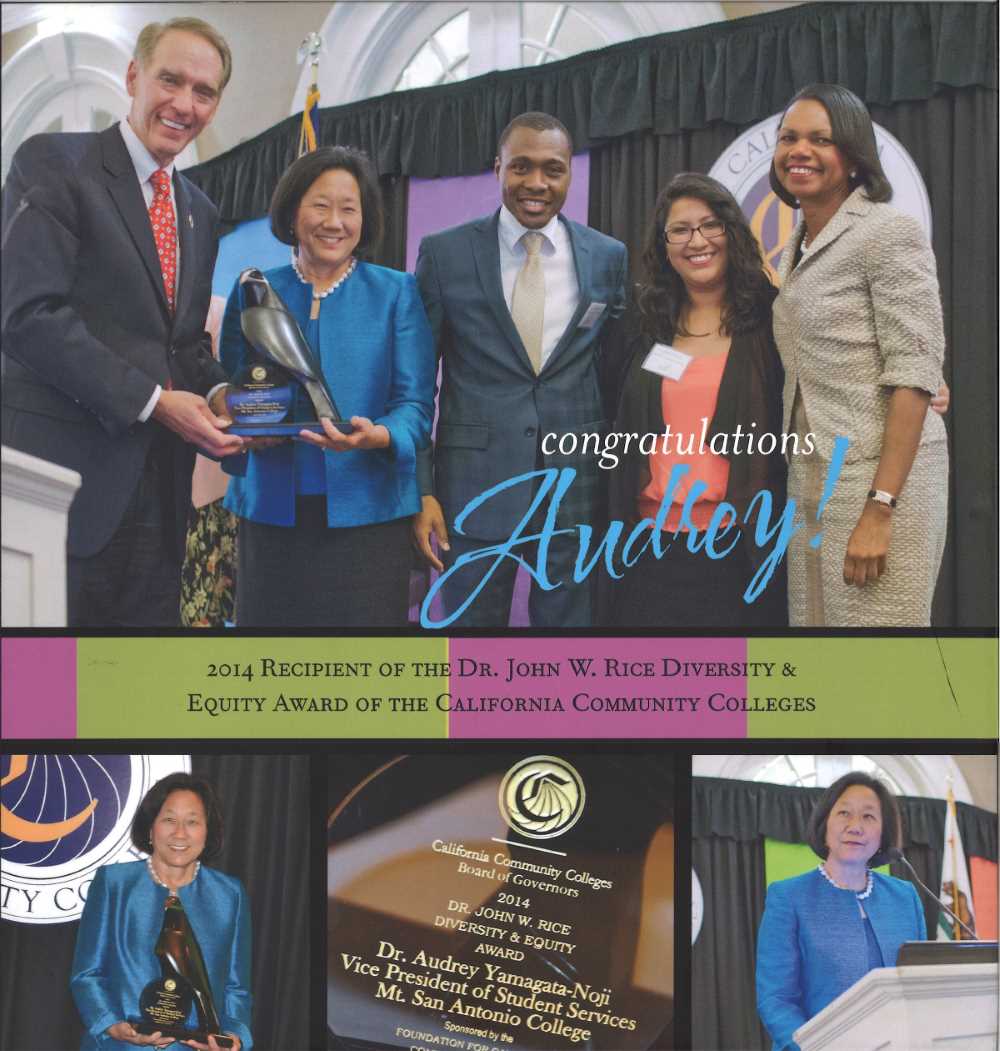 In 2014, Yamagata-Noji was honored by the California Community Colleges with the John W. Rice Diversity and Equity Award for having established numerous programs to provide mentorship and tutoring services for underrepresented students. Since that time, she has overseen the addition of many more, including the recently opened the First Peoples Native Center, as well as the Rising Scholars program, serving the formerly incarcerated. 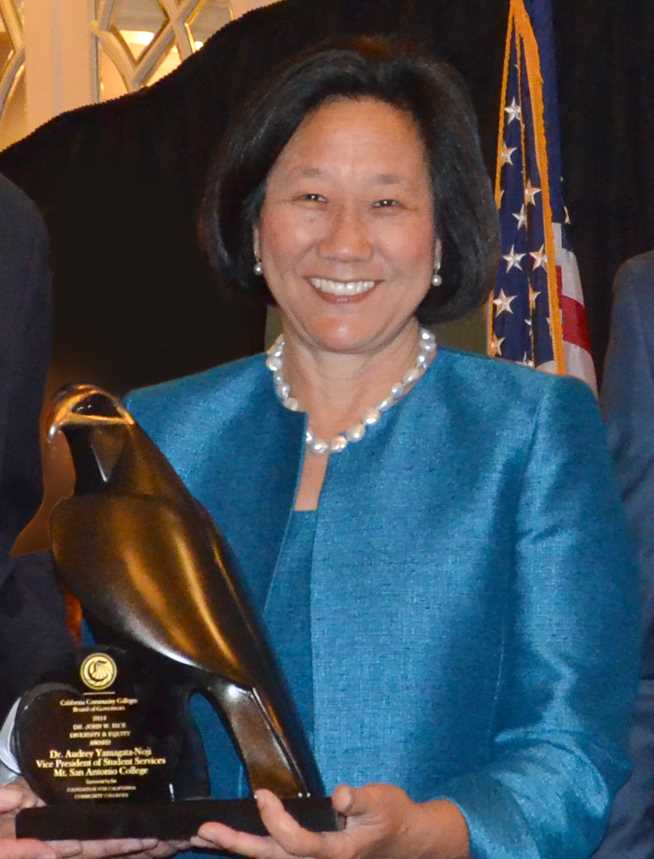 Yamagata-Noji will be leaving behind a legacy of serving the underrepresented that might seem normal for a community college today, but was far from that in the mid-90s. In 1994, just two years prior to her arrival on campus, California voters overwhelmingly passed Prop 187, which was to establish a state-run citizenship screening system to prohibit illegal immigrants from using state services, including its community colleges (the measure was found federally unconstitutional within days). This was very much the reality in 1996. 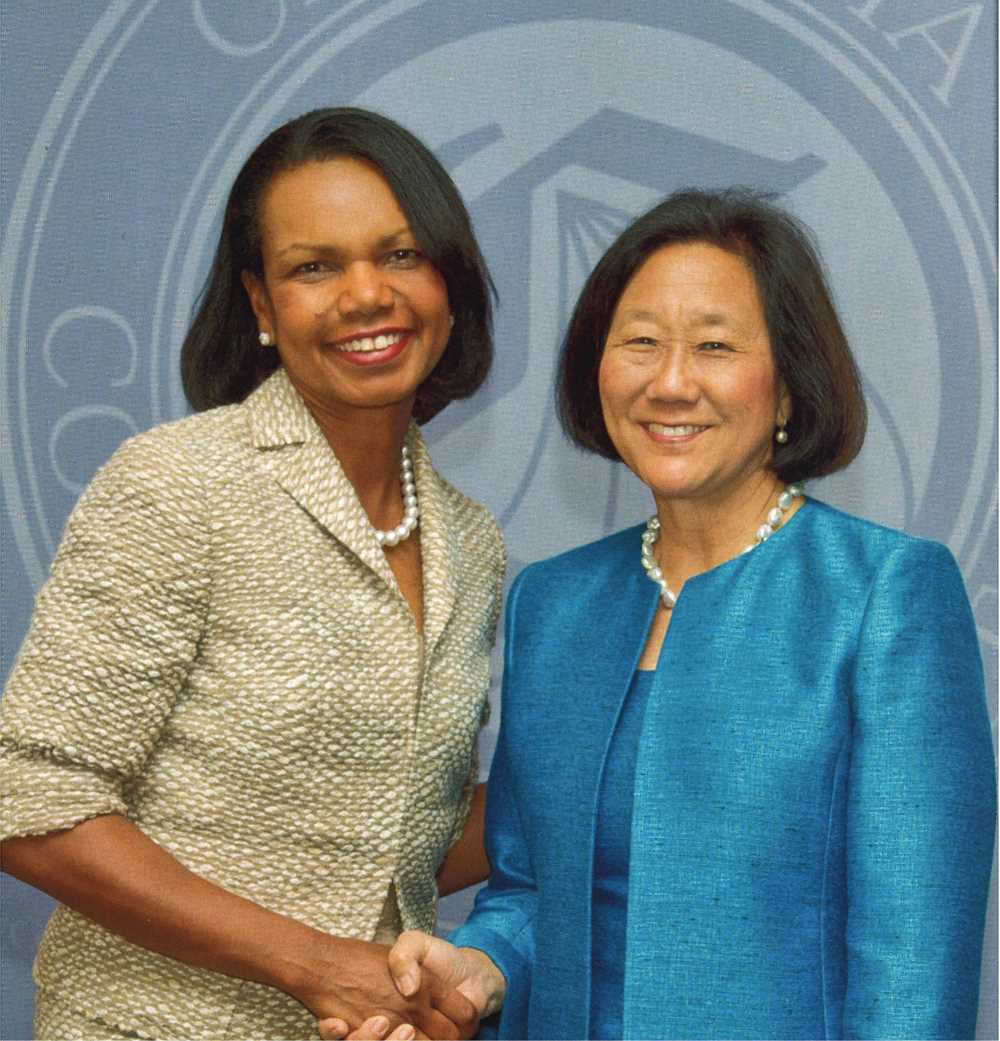 Walk across campus today, and you will find marks of diversity and inclusion everywhere. It is this that Yamagata-Noji sees as the biggest change from the mid 90s to now. 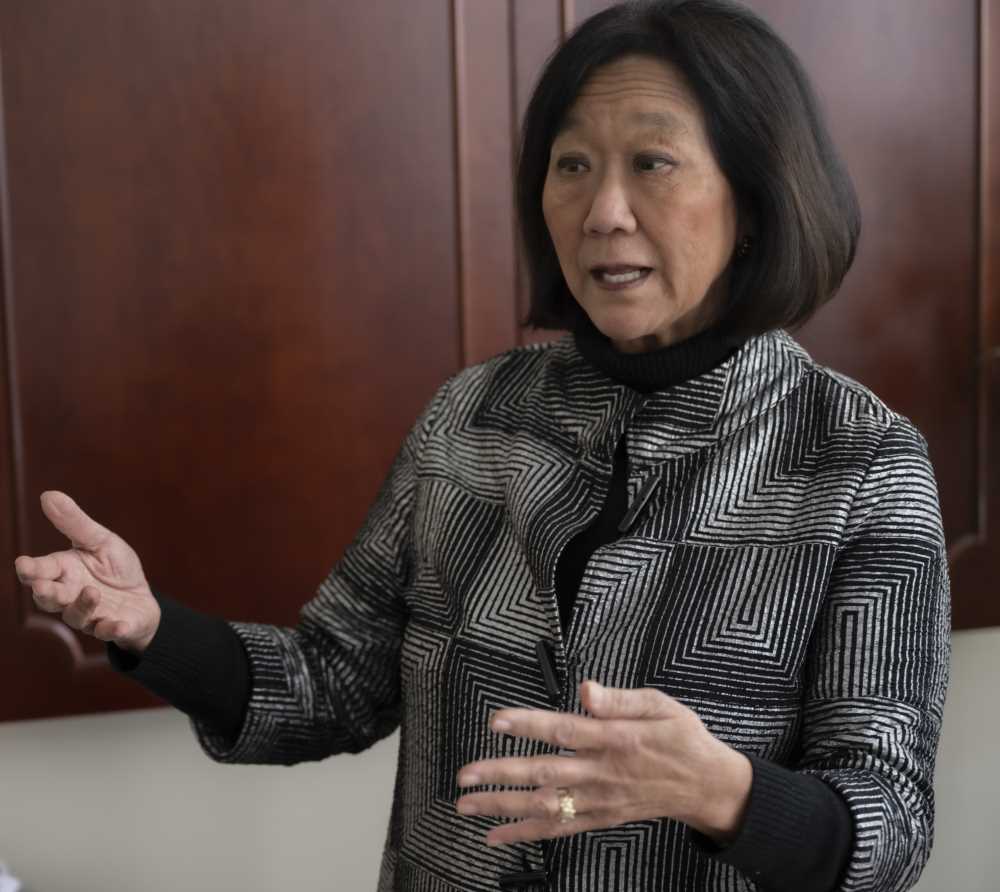 “When I first came here, I asked why we didn’t have an equity committee and I got this horrible reaction. I proposed it and it got shot down. They told me ‘Well, we had an Affirmative Action committee, but we shut that down. We don’t need it’. But this is beyond Affirmative Action! So, I instead proposed a Student Equity Committee, looking at student issues, and they said ‘OK.’ So, that’s how that all began. 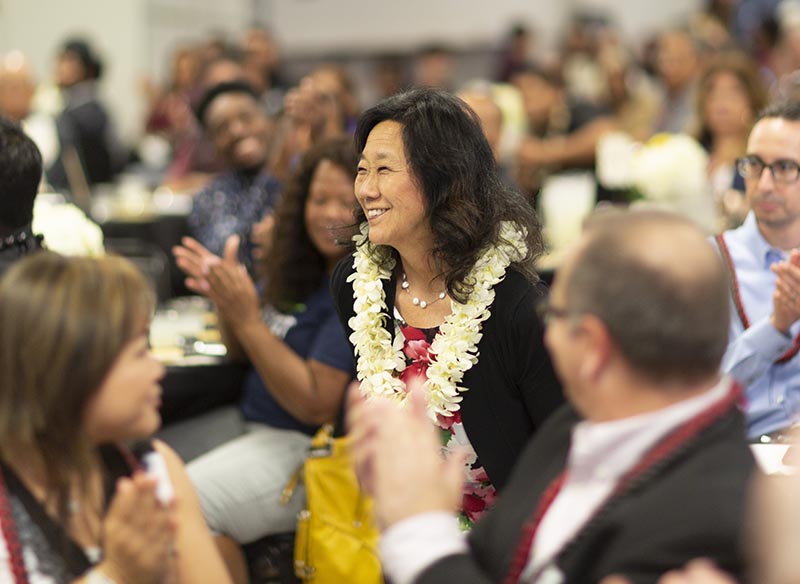 “Our problem today is that we have so many committees and programs working on equity, we are still trying to figure out who does what. But that is OK. So long as it’s not empty.”

What she describes as a “seven-day-a week-job,” being the Vice President of Student Services has created an indelible mark upon her. One memory she has and will never forget was from a prospective student in high school, not a Mt. SAC student per se. 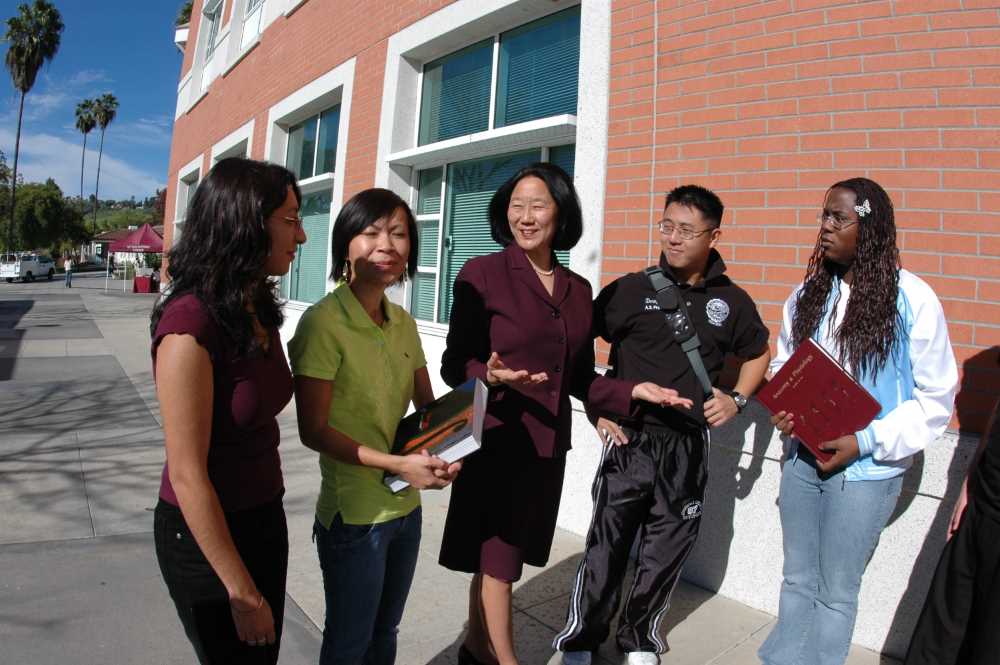 “The first year that we had our Upward Bound Program (also TRIO – a program to assist low income and first generation students from Ganesha and La Puente High Schools), we were serving high school students who were staying in the dorms at Cal Poly. We had discipline issues in the dorms. The students had just kind of gotten out of control. One student slipped a note through the door. It said, ‘I am so very sorry for what we did. You could be home with your family instead of wasting your time with us.’

“That always got to me,” She said, thinking back on the note, which she still has. “Because he thought that we were wasting our time… Despite all the frustrations that we may have and what we have to deal with, it’s never a waste of our time.” 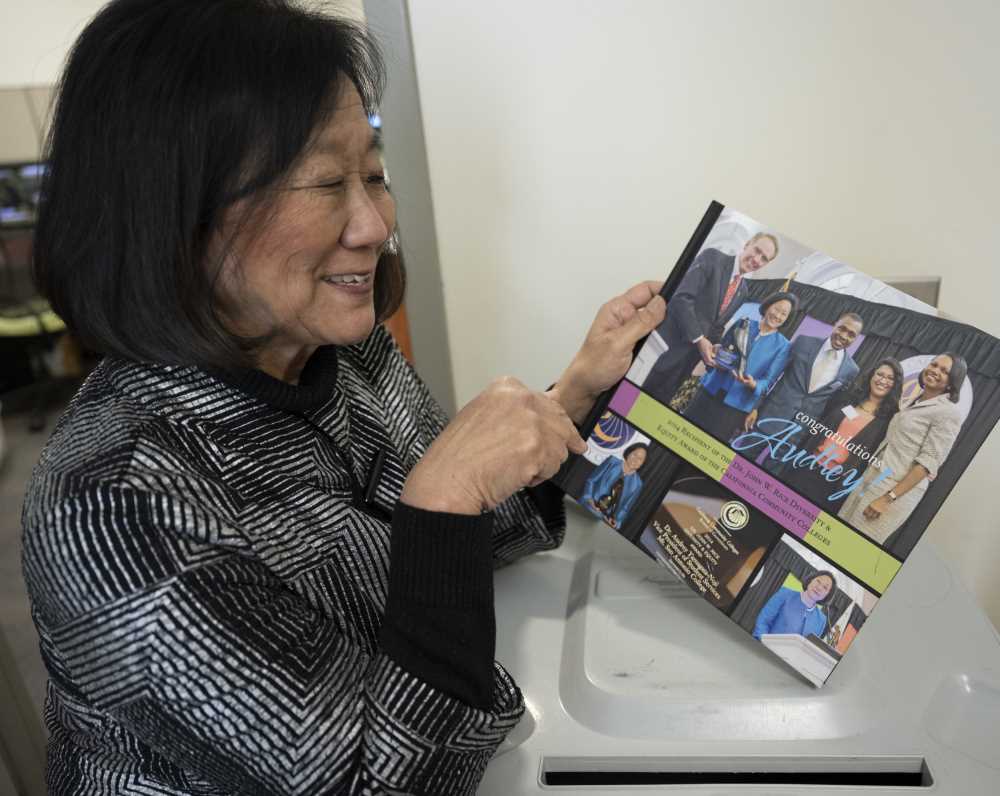 Outside of Mt. SAC, Yamagata-Noji also served leadership positions in both K-12 and broader higher education. She served six terms, including numerous years as president, on the board of the Santa Ana Unified School District. She is also a founding member and past president of Asian and Pacific Americans in Higher Education (APAHE).