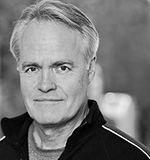 Teaching at Mt. SAC since 2003, Alan has also taught at Glendale Community College, Life Pacific College, CalArts, American Musical & Dramatic Academy, and The American Academy of Dramatic Arts.  He has a B.A. degree in Theater from Occidental College and an M.F.A. degree in Acting from Florida State University. As a director, Alan directed The Odd Couple for The Sierra Madre Playhouse last season.  With L.A.’s INTERACT THEATER CO., Alan directed AND A NIGHTINGALE SANG (winning Dramalogue awards for Directing, Sound Design, and Production), and the West Coast Premiere of Richard Strand’s The Second Story Man.   At Mt. SAC, Alan has directed The Foreigner, As You Like It, Rumors, Dead Man's Cell Phone, Five Women Wearing the Same Dress, and others.

As an actor, Alan has worked in regional theaters all over the country – including Florida’s Asolo State Theater, The Milwaukee Rep., The Old Globe, A Noise Within Theatre Co., PCPA TheaterFest, The Walnut Street Theater, and South Coast Rep.  He has also been seen on many commercials (most recently being assaulted by Peter Pan for GEICO), as well as on General Hospital, Scandal, Dr. Quinn: Medicine Woman, Veep, Fresh Off The Boat, Star Trek: Voyager, and How To Get Away With Murder.