“Women of Color in STEM” Was a Huge Hit 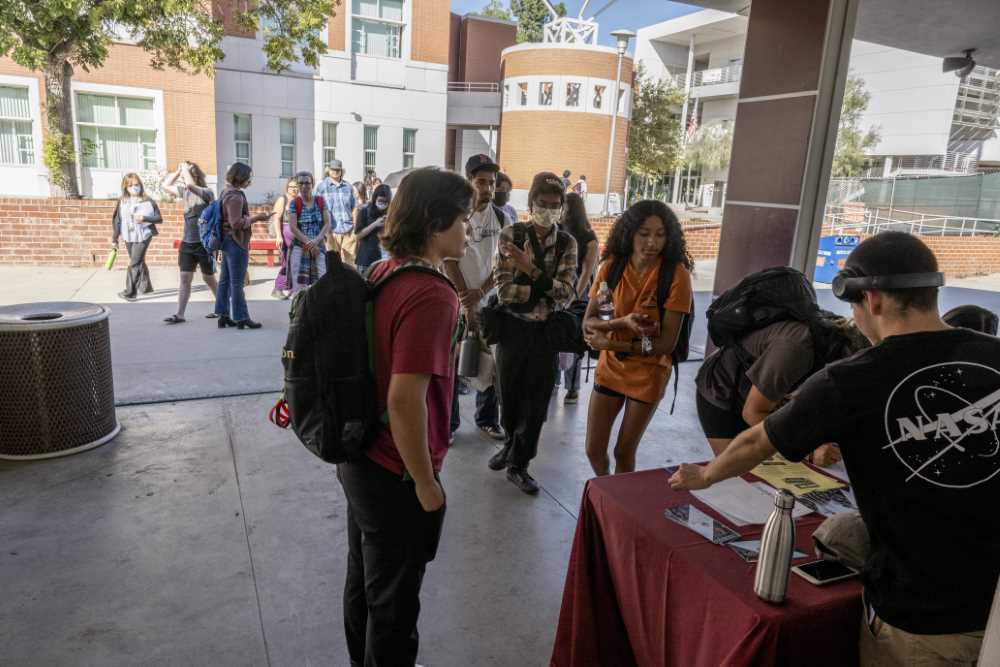 It was standing room only in Building 9C for the Women of Color in STEM event that gathered four prominent professionals to describe the challenges, struggles and rewards of pursuing a career in a STEM field. 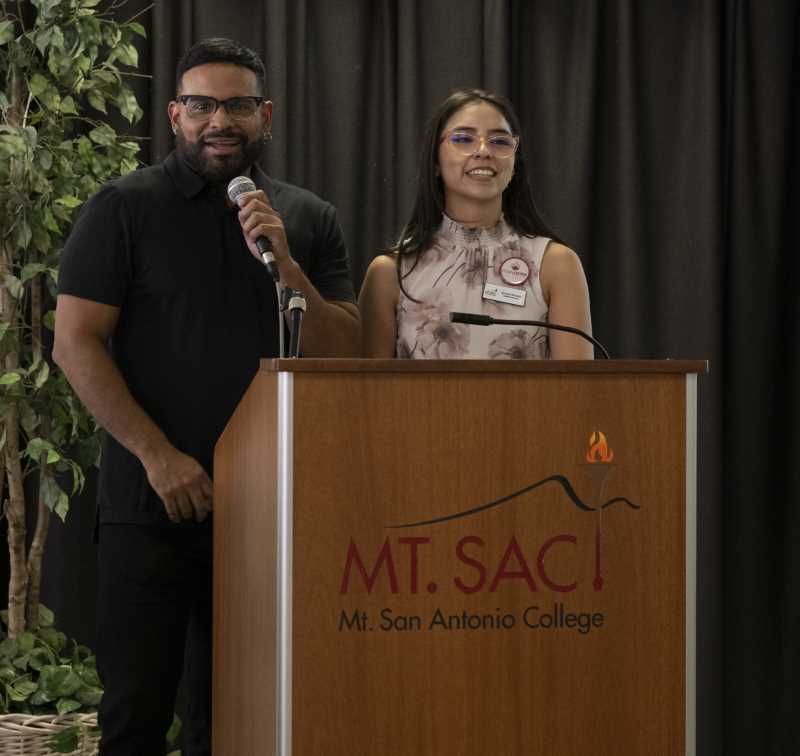 “We anticipated a crowd of 75 to 100, but we had 150 students on top of the 20 to 30 staff and faculty,” said STEM Faculty Coordinator Anthony Xavier Lopez. 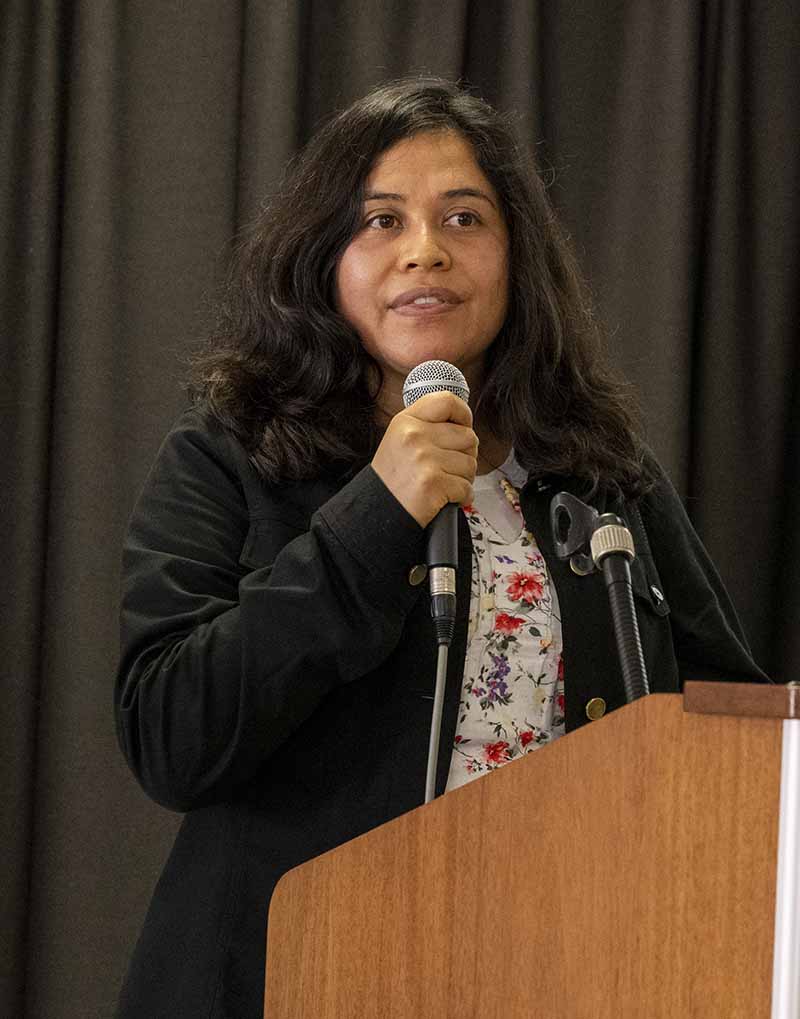 The event was a joint production of the Equity Center and the STEM Center, with Biology Professor Maura Palacios Mejia as the host.

Four women of color Mt. SAC STEM students got a chance to introduce the four speakers, who ranged from a scientist at the company that created the Impossible Burger, to a NASA engineer. 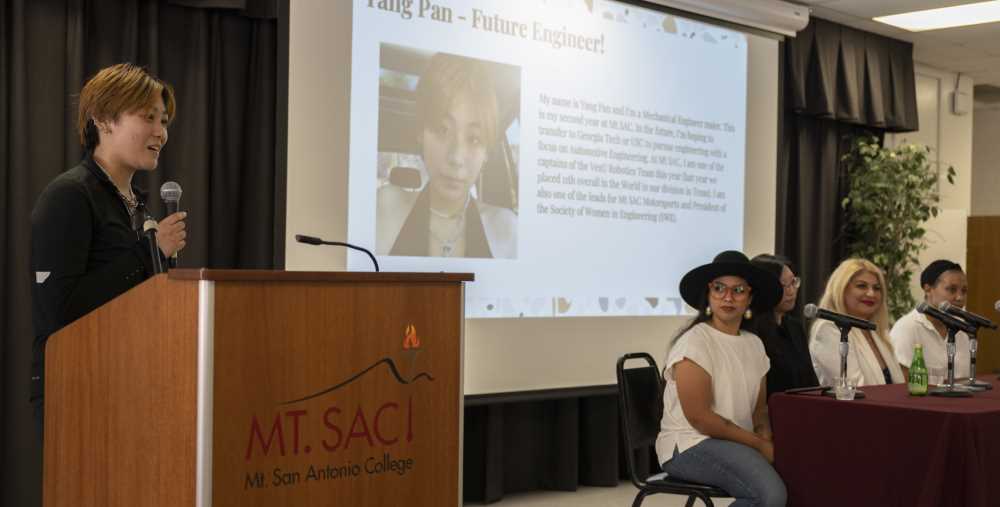 “We cultivated a partnership with the STEM Center over the past couple of months to bring this event to campus,” explained Equity Center Program Specialist Betzabel Martinez. 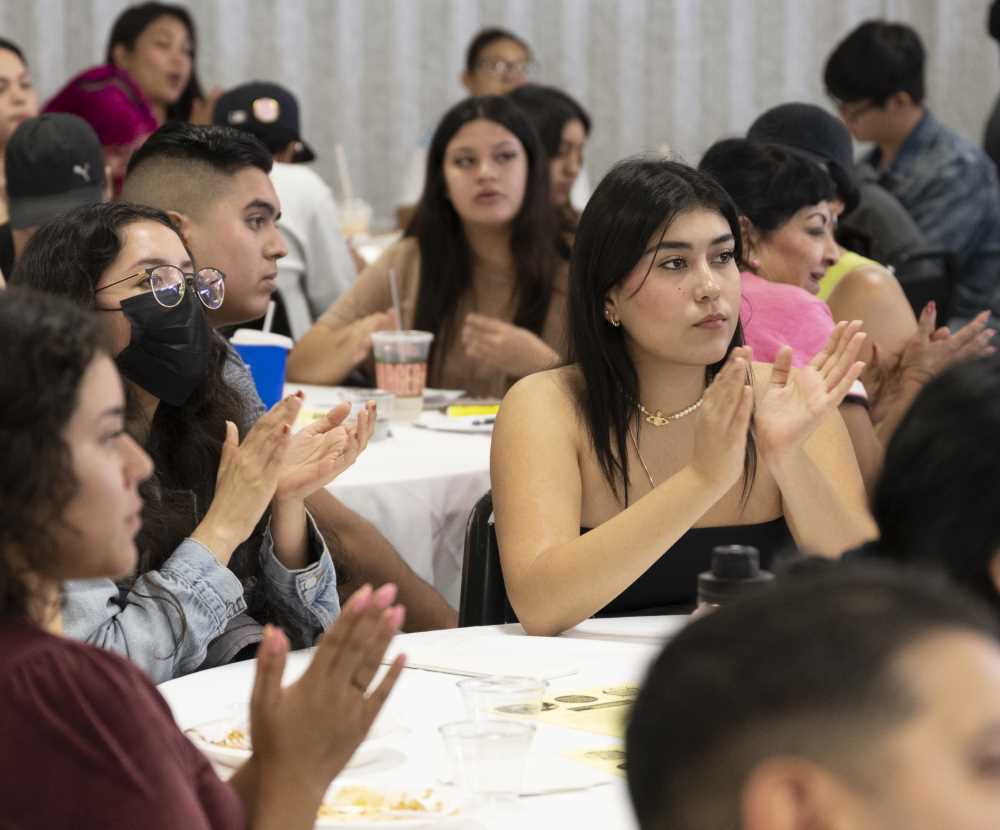 STEM (Science, Technology, Engineering, Math) fields have traditionally been male-dominated, and even more so among persons of color. According to the American Association of University Women (AAUW), the gender bias is due to “gender tracking” from preschool through high school, whereby stereotypes teach girls they are expected to be “good at” certain subjects (mostly non-STEM), even though girls are on par with boys in math and science throughout their education. The Pew Research Center found that people of color experience higher levels of discrimination, incur various microaggressions, and a lack of overall mentorship and support in STEM. 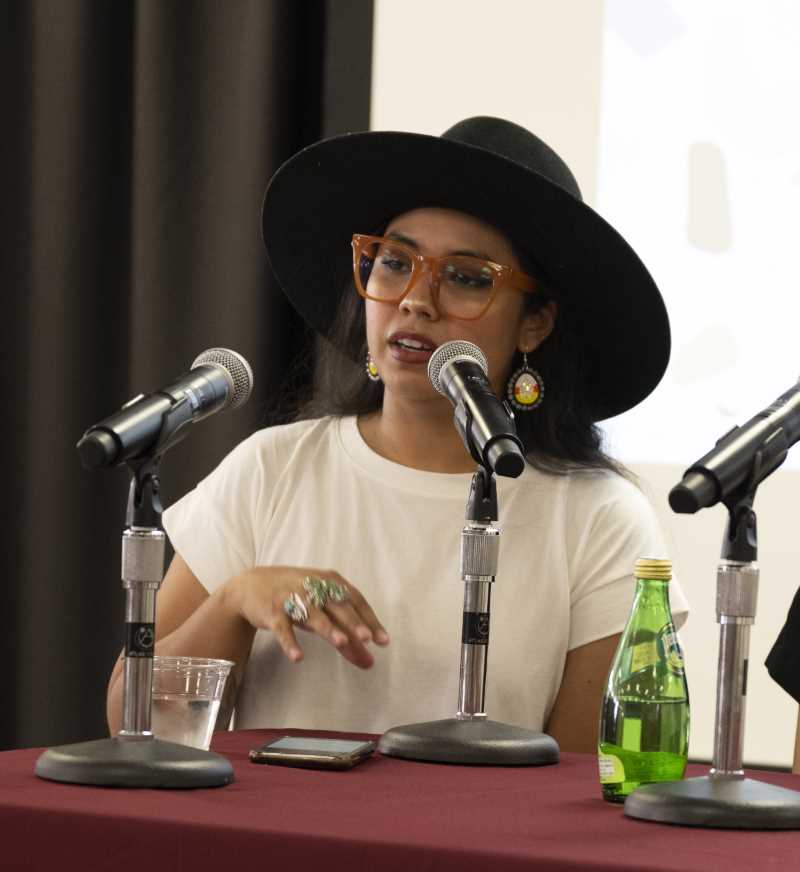 Lauren Denson - an engineer at NASA’s Jet Propulsion Laboratory (JPL) near Pasadena. She is a Tribal Council Member with the Chihene Nde Nation of New Mexico and volunteers with the American Indian Science and Engineering Society.

“I (worked at Disneyland) and met an Imagineer,” explained Denson, referring to the job title Disney uses for the employees who build all Disney theme parks, resorts, and attractions. “They told me to go into Computer Science, and I thought ‘OK, I will do that’… For me when I was in school, I didn’t know what I would actually be doing with Computer Science/Computer Engineering. It wasn’t what I expected.” 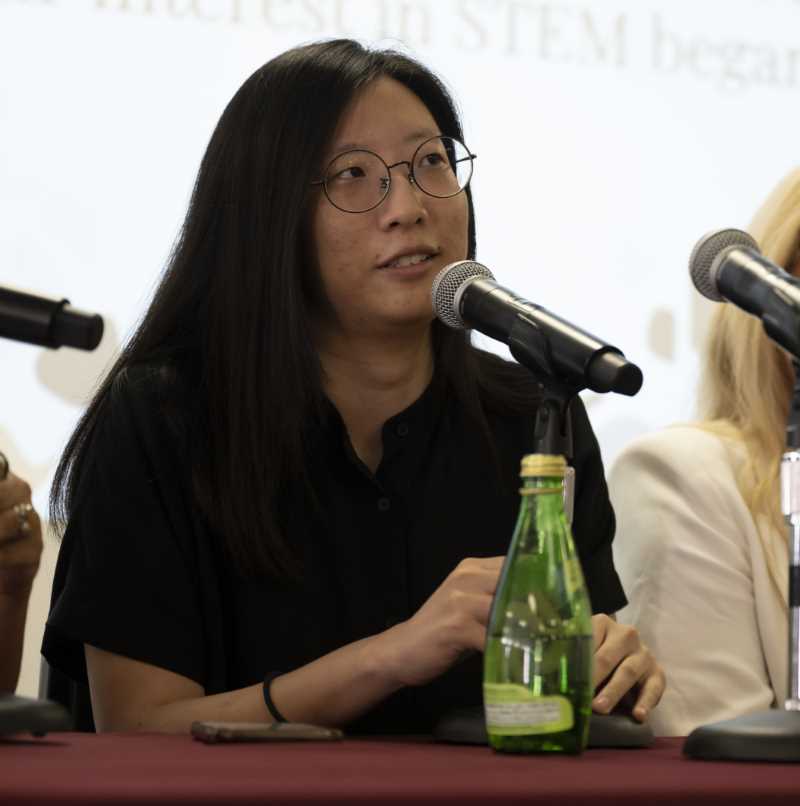 “Throughout middle school and high school, I was interested in video games and special effects in movies," explained Cho. “That’s how I first got started learning about software and programming and learned I wanted to work at the intersection of art and technology… getting into a career path in STEM was something I had to figure out on my own.” 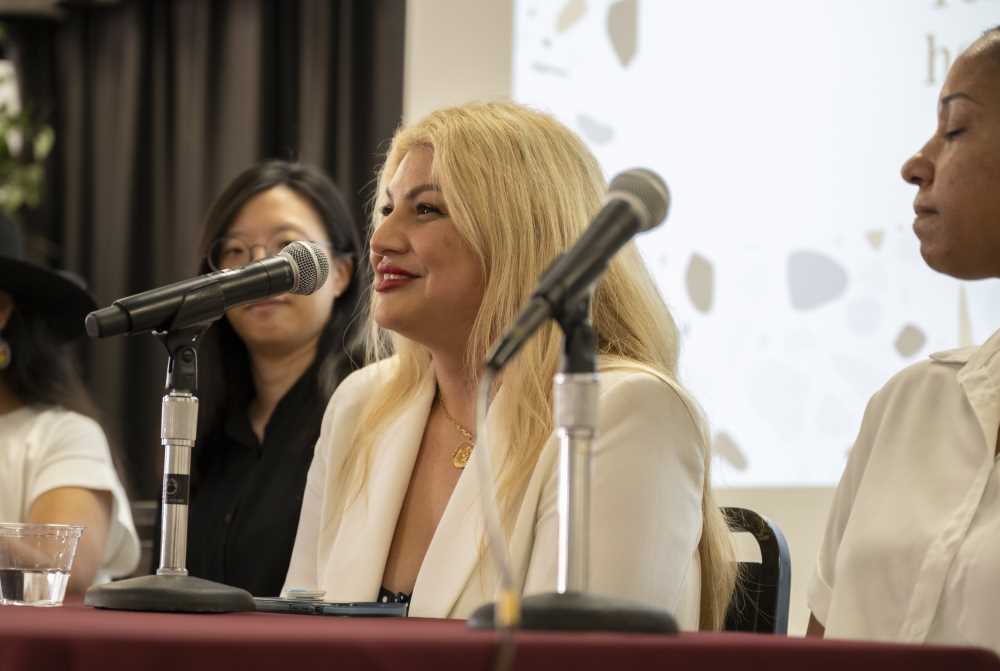 “I came to the United States when I was 15 years old,” said Dr. Reyes. “It was a very difficult path to get to my Ph.D. at Stanford. I spent ten years of my life at a community college before I was able to transfer to San Francisco State University…The most important thing is showing you can do it, showing representation. It doesn’t help that society looks at us as a different category. Hopefully today, you can see yourself in me,” she told the crowd. 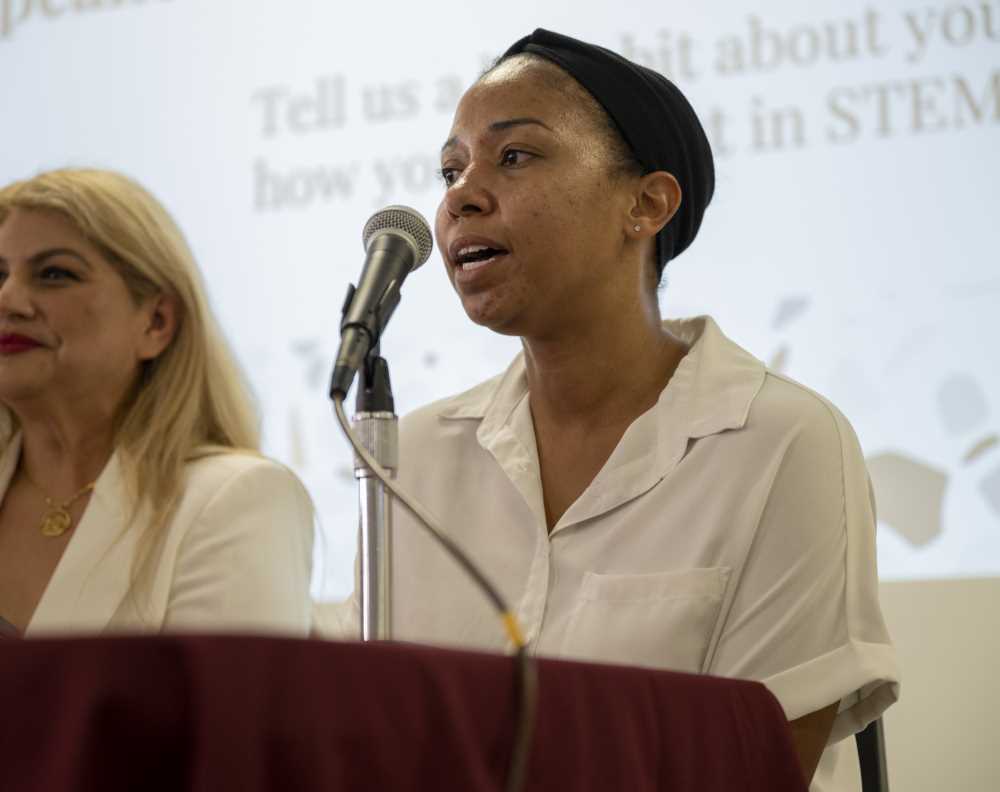 Dr. Jinae Roa is an Assistant Professor of Biology at Cal State LA. Her educational research was in the muscle physiology of marine fish.

“My mom was a lifelong nurse,” said Roa. “My sister became a physician. I thought I was going to be Pre-Med. But I am more of an introvert and I really loved the solitude of the ocean and marine life. But it wasn’t until my final year as an undergrad that a professor reached out to me and introduce to me the idea of using a Biology degree for something that wasn’t medicine.” 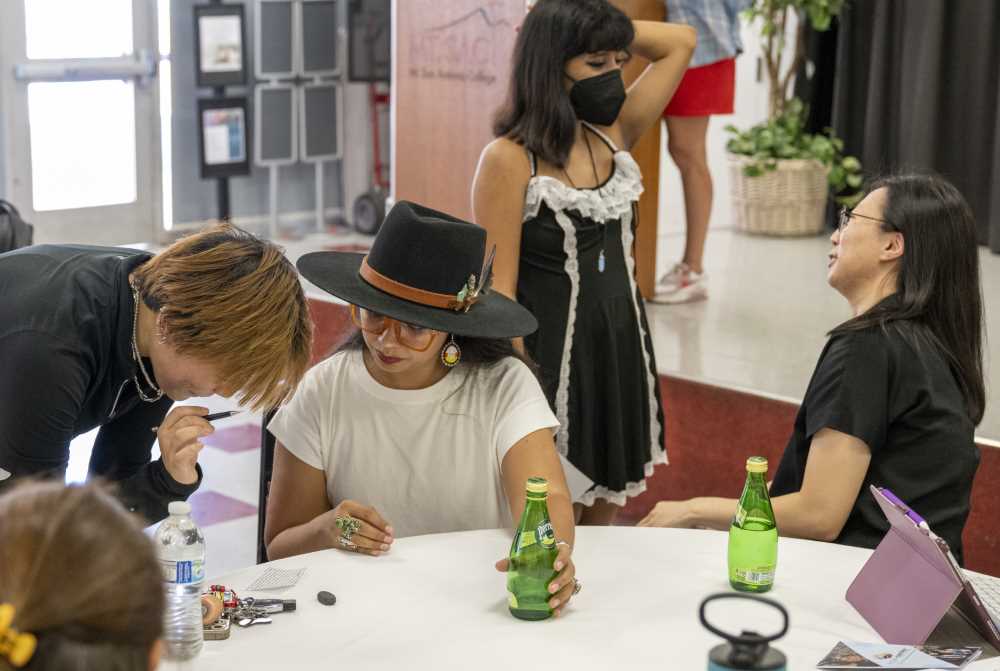 The stories of these women of color were meant to serve as inspiration for students who are already pursuing STEM education and those who have been steered away from STEM fields by societal stereotypes and a lack of resources to build a science identity for themselves.

Professor Lopez said that over and above the considerable crowd the event attracted, in the days following, “numerous students shared with us how powerful the event was to their science identity. Many shared how they left feeling empowered and motivated to do well in their science courses. That alone makes the event a tremendous success.”