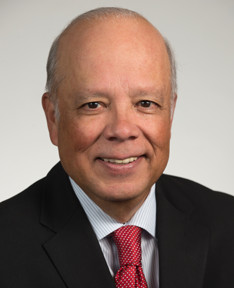 Dr. Manuel Baca was first elected to the Mt. SAC Board of Trustees in 1999.  Trustee Baca represents Area 7, which covers Pomona and north Diamond Bar, where he and his wife, Gloria, reside.  During his tenure on the governing board,  he has served multiple terms as president.

Trustee Baca's professional experience spans the state university and community college systems.  He is currently a Professor of Political Science at Rio Hondo College in Whittier, where he has also held key academic and administrative positions including an interim presidency.

Dr. Baca is Immediate Past President (2012-14) of the California Community Colleges Board of Governors, which sets policy, establishes regulations, and provides guidance for the 72 districts and 113 colleges that comprise the nation's largest public higher education system.  In addition to other appointed positions, he served on the California Community Colleges System Strategic Planning Steering Committee (2005) and the Student Success Task Force (2011), which led to the formulation and passage of the Student Success Act of 2012.  In addition, the Task Force on Workforce, Job Creation, and a Strong Economy was initiated while he was chair of the Board of Governors.  Currently, Dr. Baca is a member of the advisory committee for Wheelhouse, The Center for Community College Leadership and Research at UC Davis, and Vice Chair of the Foundation for California Community Colleges (offices in Sacramento).

Trustee Baca received his undergraduate and graduate degrees at California State University, Fullerton.  He earned a Ph.D. in Education at USC and completed post-graduate work at UCLA.  His involvement with a number of commuity-based agencies and professional organizations within the San Gabriel Valley is extensive.  An active supporter and advocate for veterans, Dr. Baca served in the United States Marine Corps.