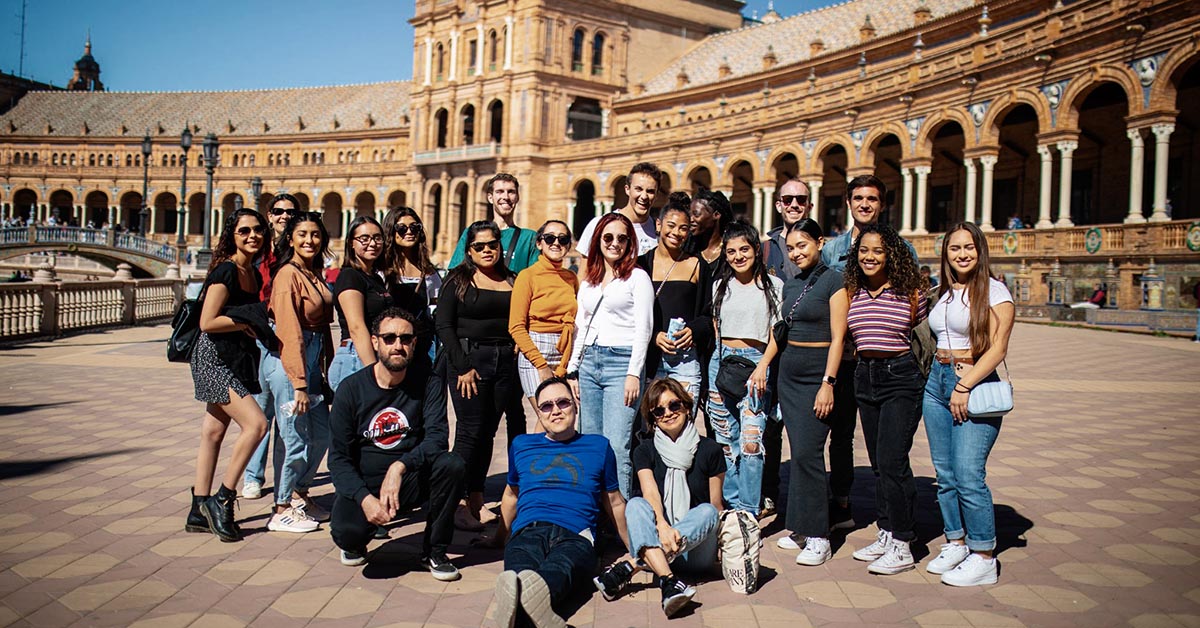 The dry, incessant coughing of the woman at the airport in Madrid, Spain meant one thing to Mt. SAC Sociology major Maya Holley: COVID-19. 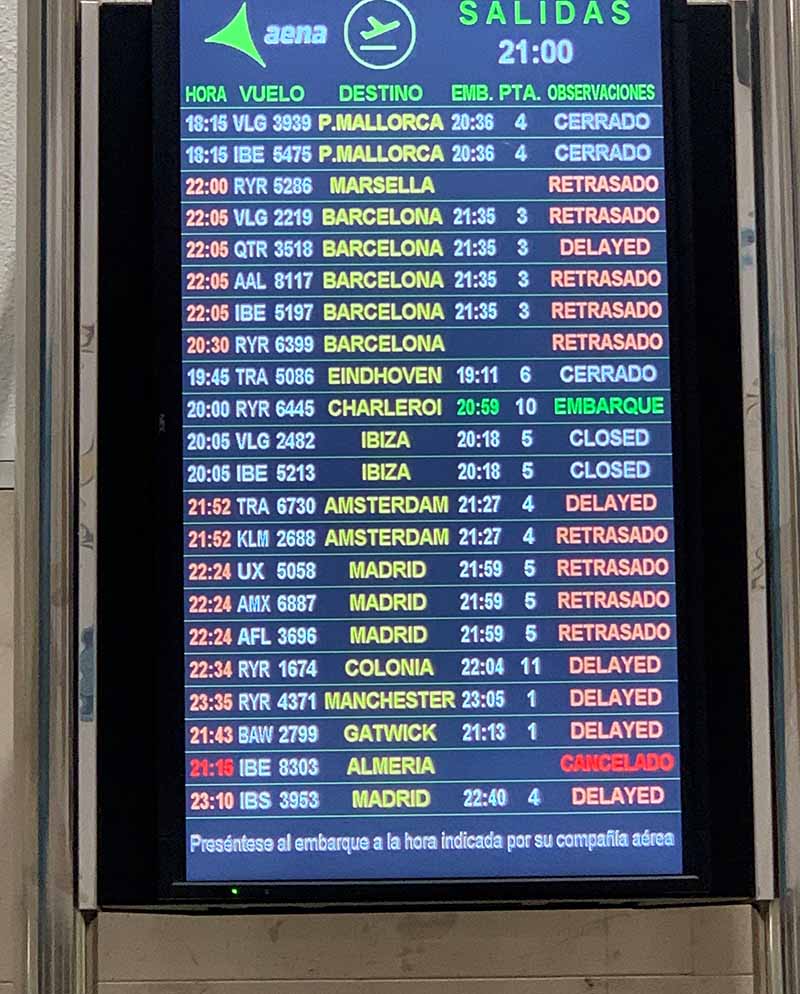 She planned to spend her semester studying abroad in Europe, but now she was just hoping to get home safely after the pandemic swept through Spain. She was in a country that became one of the worst Coronavirus hotspots on Earth.  “We couldn’t just walk away from the coughing woman. We were in line for our plane back home. Flights were being delayed or getting cancelled, so we had to make that flight.” 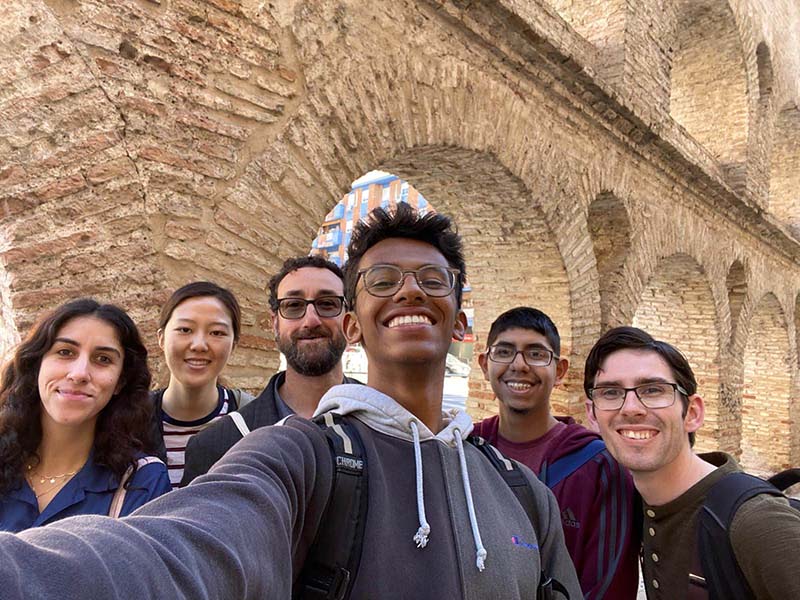 Mt. SAC World Languages professor Aaron Salinger reports that Maya and all 12 other Mt. SAC students that were studying abroad in Seville, Spain have safely returned home. None of the students have reported any symptoms and all have surpassed the initial 14-day screening period following foreign travel.

What started off as a beautiful, cultural immersion semester turned into a nightmare of lockdown in a foreign country, with many students desperately struggling to find food and a flight home.

The semester was originally supposed to happen in Barcelona, but an independence movement there, and a possibility that protests might grow violent, changed the location to Seville. 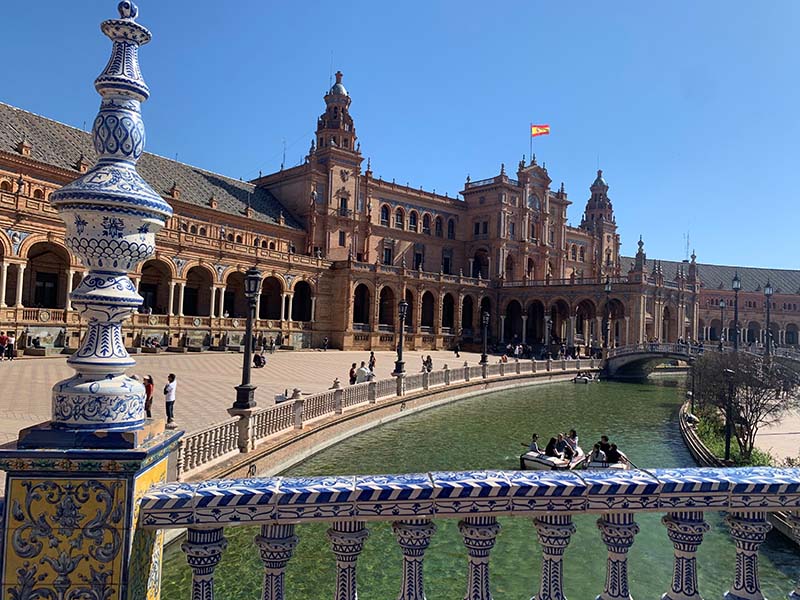 Mt. SAC Art major Savannah Schuman said, “Everything about Seville is beautiful- the architecture, the arts, the streets. The pace of life is a lot slower over there. For the first time in my life, I got to focus solely on school.”

Student Clinton Nwogu agreed. “Their time seems to work different than ours. The lifestyle and culture were really different.”

“If you submerge yourself in the culture it changes you,” said Maya. “It’s a whole new perception - a completely different world.”

“I had never been out of the country before,” said Savannah. “Every night, after class, you just went exploring.” 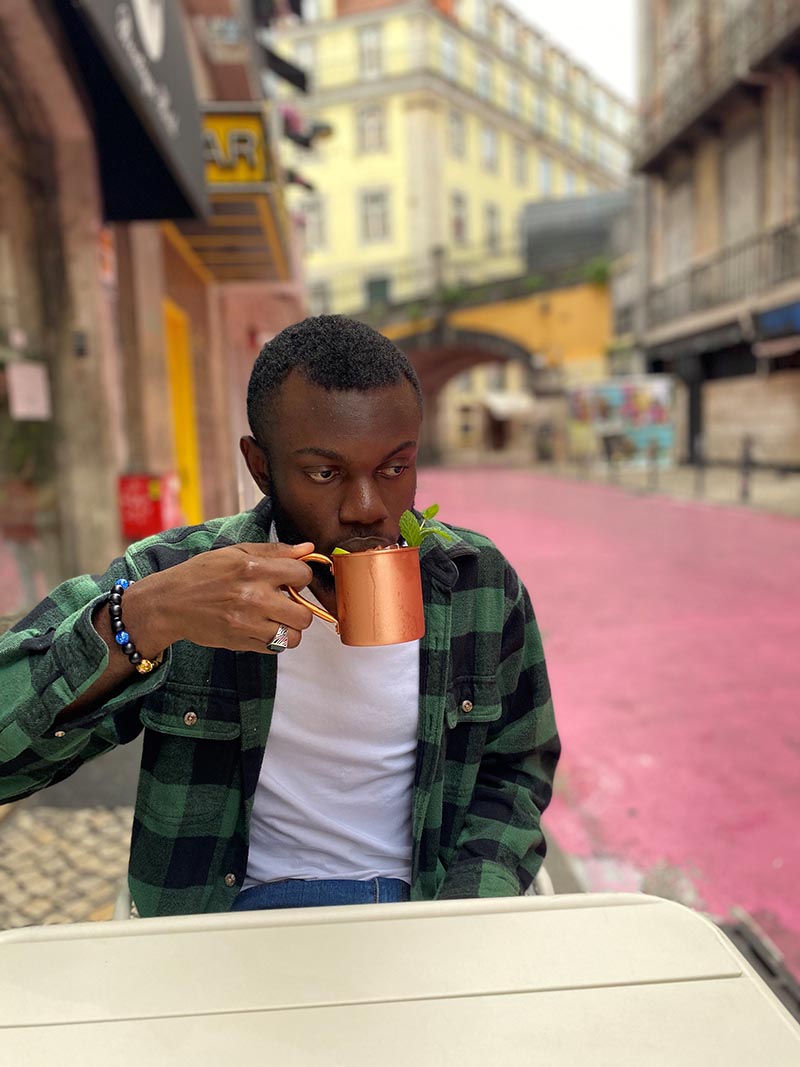 Clinton said it took him about two weeks to get adjusted. “I don’t speak Spanish. So I used Google Translate to talk with people and Maps to get around.”

“It is easy to get lost in Seville,” explained Salinger, who was one of the instructors for the semester. “The streets are really narrow and there are no tall landmarks, like mountains, to use as a point of reference. So, their first few weeks, they are trying to get their physical bearings, along with their cultural bearings.”

“I started to really enjoy myself the third week we were there,” said Clinton. “But then the coronavirus happened.”

According to Salinger, Seville felt far removed from the COVID-19 panic. “The news in papers and on TV was all about the major cities.”

But that was about to change as the entire country of Spain shutdown overnight.

The American Institute for Foreign Study (AIFS) was the educational tour company contracted to provide both educational experiences to the students, as well as a lifeline for them to find housing, get around, and arrange for transportation. 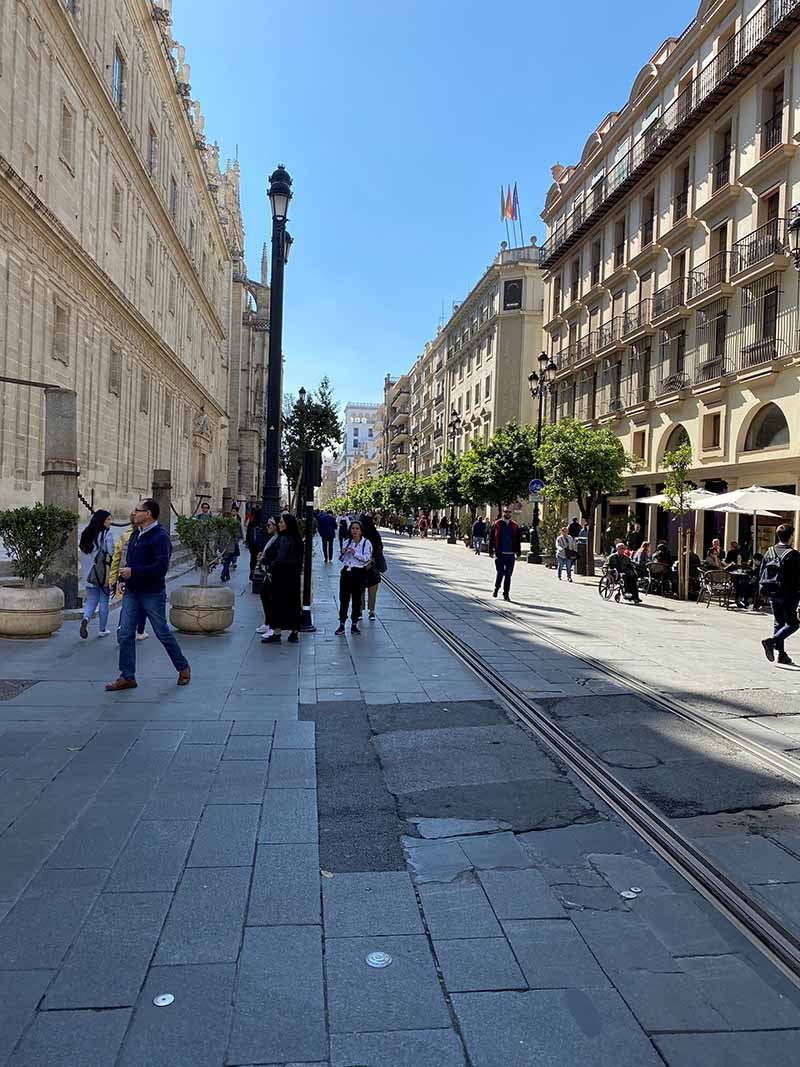 Before the trip had even begun, AIFS had told Salinger about their extensive crisis and disaster preparedness. “They thought it might be a natural disaster or terrorism they were preparing for.”

It turned out to be the worst pandemic in a century. “Through it all, AIFS never stopped working to help the students during lockdown and getting them home,” said Salinger.

“On March 12, we got a notice from AIFS that there was a mandatory meeting,” said Savannah. “No one in the city was freaking out at that point.” 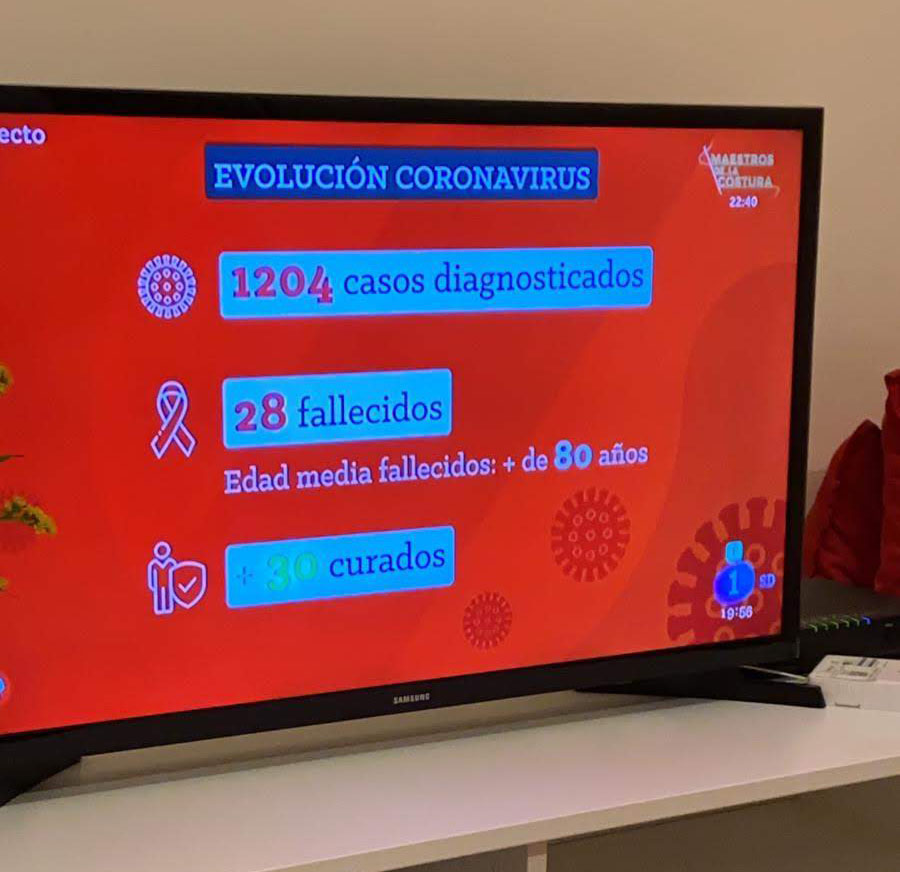 “One of my roommates had a friend in Italy, so it was in the back of my mind,” explained Clinton. “But I was saying to myself, ‘it’s not going to happen in Spain’.”

In fact, Spain was about to join Italy as ground zero for outbreaks in Europe. Spain was hit so hard with COVID-19 that the New York Times reported the country had the highest death and infection rate per capita of any large nation in the world. 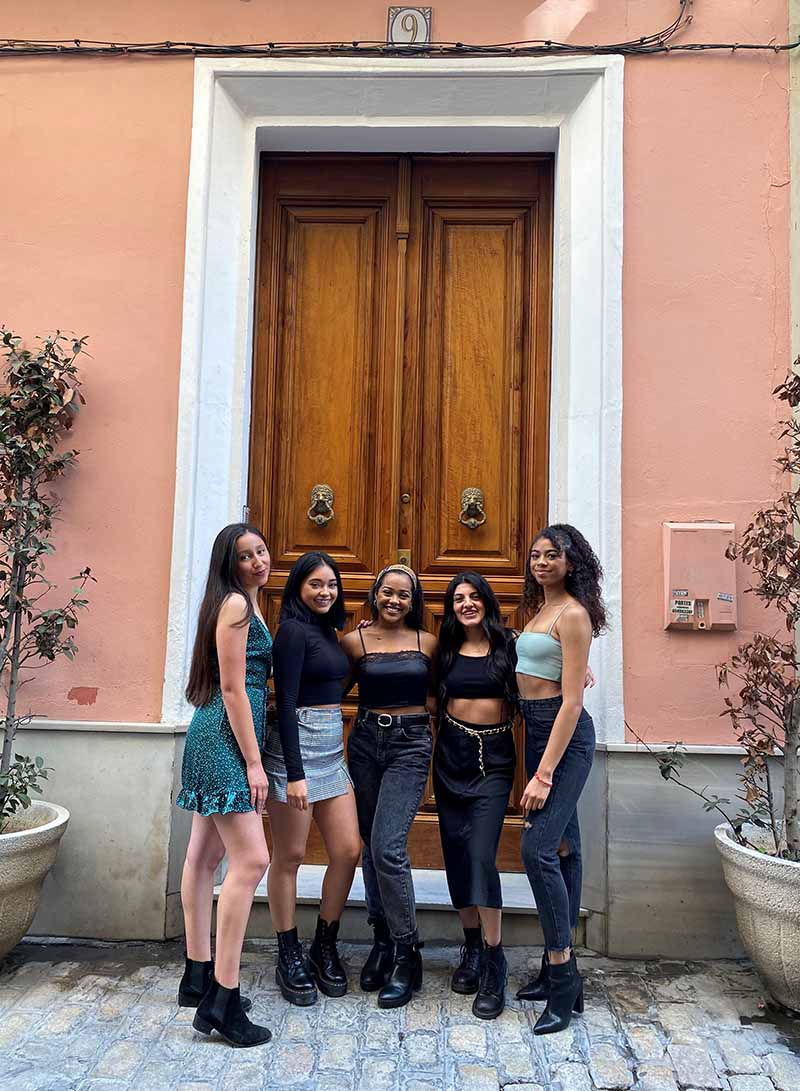 “It became reality when our study abroad team decided it was safer to suspend our program. We were supposed to be ready to leave within a few days,” said student Myranda Ruiz. “It was really scary because we weren’t watching the news, so we didn’t know how bad it was.”

“It took me a while to process the news and let it sink in,” said Clinton. “We had 10 days to book our flights and get out.”

But hearing news of the outbreak in the USA, Salinger and students had to decide if it was safer to stay in Seville, with relatively few cases, or come home to Southern California, which was growing to become the United States’ third hotspot behind New York and Washington State.

Ultimately, all but two students (from other community colleges in the same Study Abroad program) decided to return home as soon as they could. 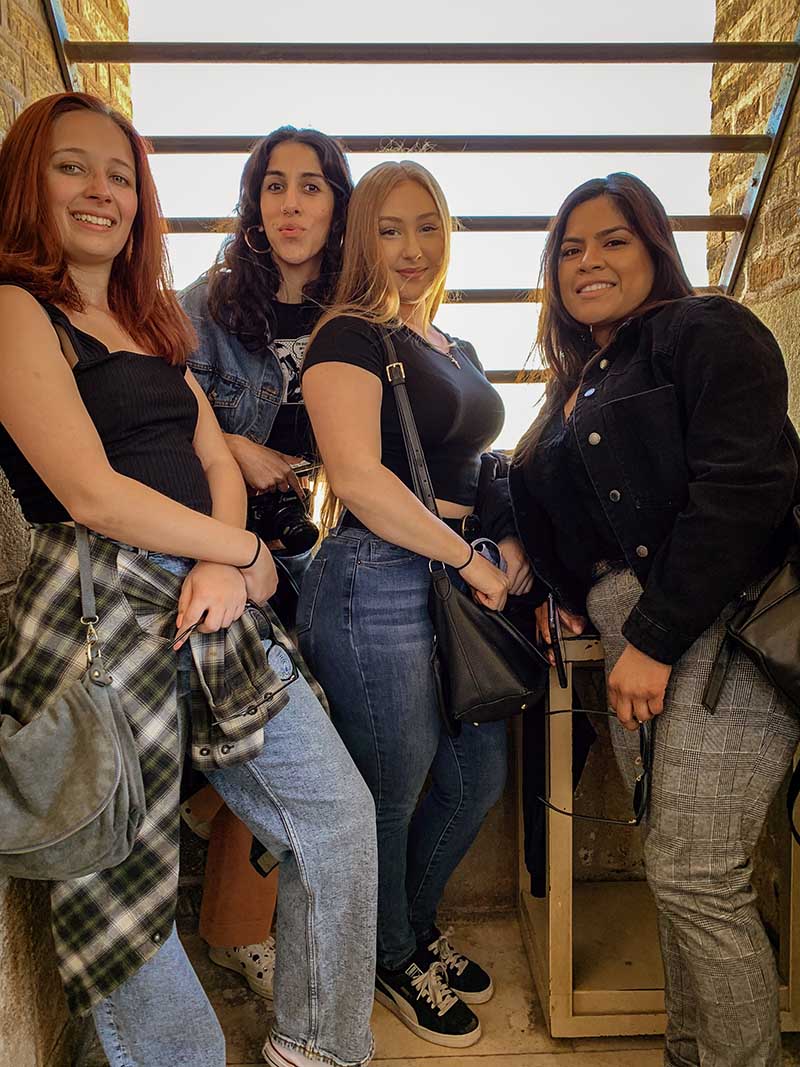 “I considered staying,” said Savannah. “But then Spain just shut down overnight and they would ticket you if you left your house.”

Finding food even became a problem for Maya after the shutdown. “We were in Portugal and when we got back, everything was closed. We were very hungry and could only find one restaurant open and it was really high priced. We didn’t have the money on us. So we had to buy snacks at a liquor store and went to a park to eat them. That’s when a cop came and scolded us for being out.”

While everyone thought Seville was a nice, safe place to be until their flights home, it suddenly became a very real possibility to Salinger that they would not get to the Madrid or Barcelona airports. “Those cities were undergoing terrible outbreaks and travel was being cut off to them. It was a mad panic of people trying to leave.”

“We went looking for plane tickets and they were selling out as fast we were trying to buy them,” said Savannah. “So we just got what we could”

“It felt like an evacuation, not a train trip, to Madrid,” said Salinger. “We got on the second to last train that would leave Seville.”

Arriving early in Madrid meant that lodging had to be secured until the flight home. “It was completely surreal,” described Salinger. “When we got to our Madrid hotel, they were terminating their staff.” 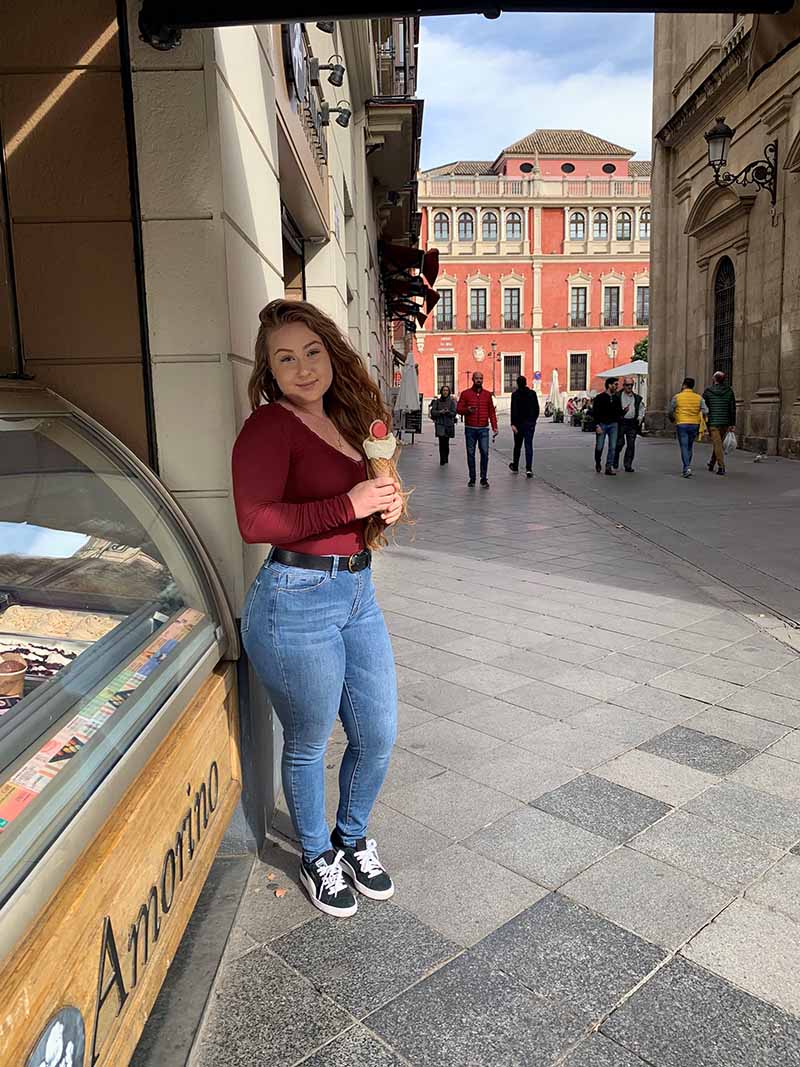 The stress did not end once Savannah got on the plane. “The flight out of Madrid had heavy turbulence, so it just added to our anxiety level and I couldn’t sleep. It took us 35 hours to get home. In Boston we changed planes and they screened everybody, took our temperature and picture.” 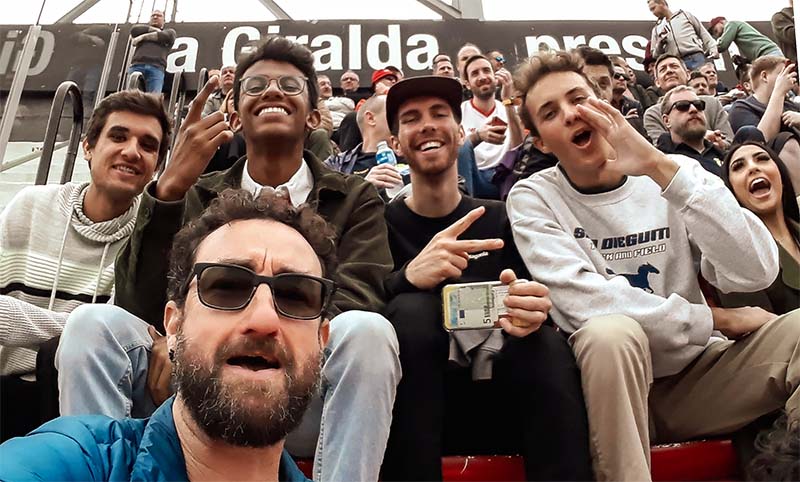 The surreality of the situation continued for Salinger as well. “Customs was no problem. They asked us questions, but did not even take our temperature. The flight was only 1/3 full and everyone was social distancing. When we finally got to LAX, it was empty. The signs were only about traveling from Wuhan. There was nothing about Italy or Europe. So, it was strange.”

Some students returned to less than stable housing situations. Many of the families were worried about taking in their sons or daughters. “Some moved the grandparents out of the house out of caution,” said Salinger. “Other students had nowhere to go once they were back. They had planned for a semester abroad, so they didn’t have apartments to come back to.”

“One of my roommates in Seville had roommates back home who would not let her move back in,” said Maya. “She had to get her mom to rent a hotel room for two weeks to quarantine in.” 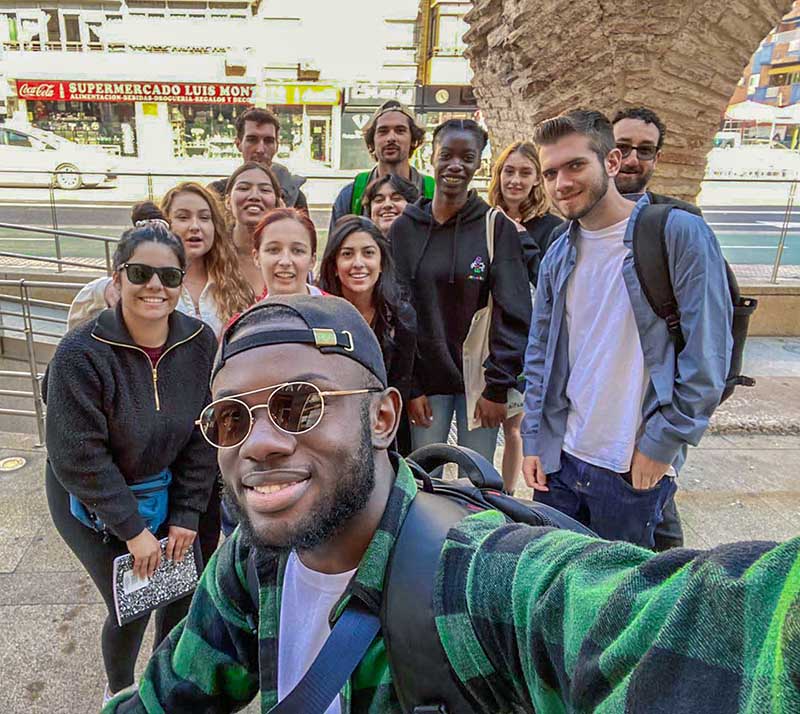 While Maya did not have to worry about her living situation in the States, she still faced a stigma from being in Spain. “My friends back home wanted to see me and bring me food to welcome me back, but their parents wouldn’t even let them drop something off at my house.”

Salinger said, “For some of these students, their priority was not school, but just finding a place to live.”

“Even though I realize my health is more important, I really feel robbed of the Study Abroad experience,” said Savannah. “I got attached to Seville. I went from walking 12 miles a day around the city, to being quarantined for two weeks and can’t leave the house.”

“When I got home, I just wanted to be back in Spain,” said Maya. “That felt more like home to me.”

Through it all, Salinger looks forward to future study abroad programs and said that Madrid is being looked at for Spring, contingent on the COVID-19 situation.  “We were there just long enough to see the students really start to blossom as global citizens. That’s what Study Abroad is all about: making students understand the world around them.” 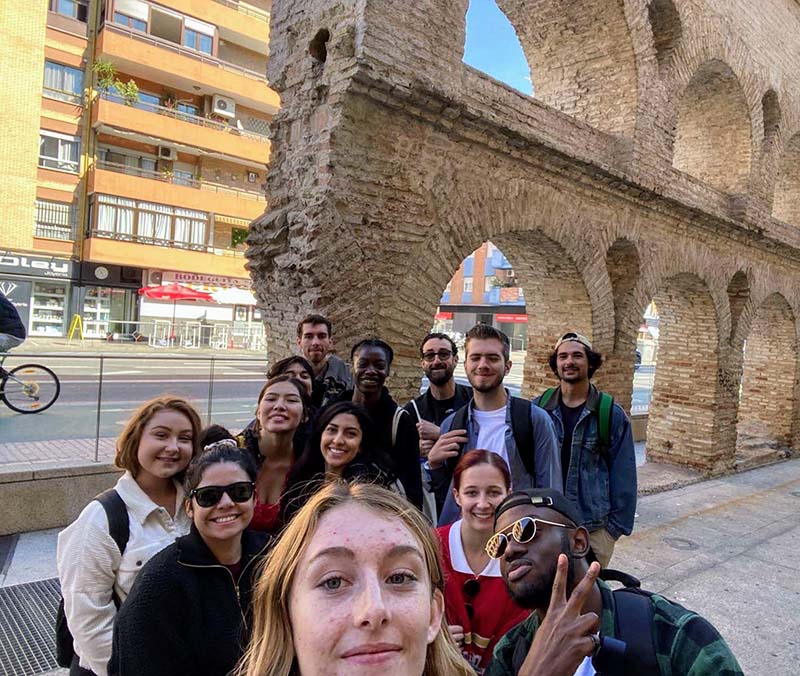 “I ended up loving the place,” said Clinton. “The lifestyle and culture were really different. It was quite an experience.”

“I had never been out of the country before,” explained Savannah. “I’m on a tight school schedule and I won two scholarships to get there, so I might never get another chance to study abroad. But some day, I will go back to Seville.” 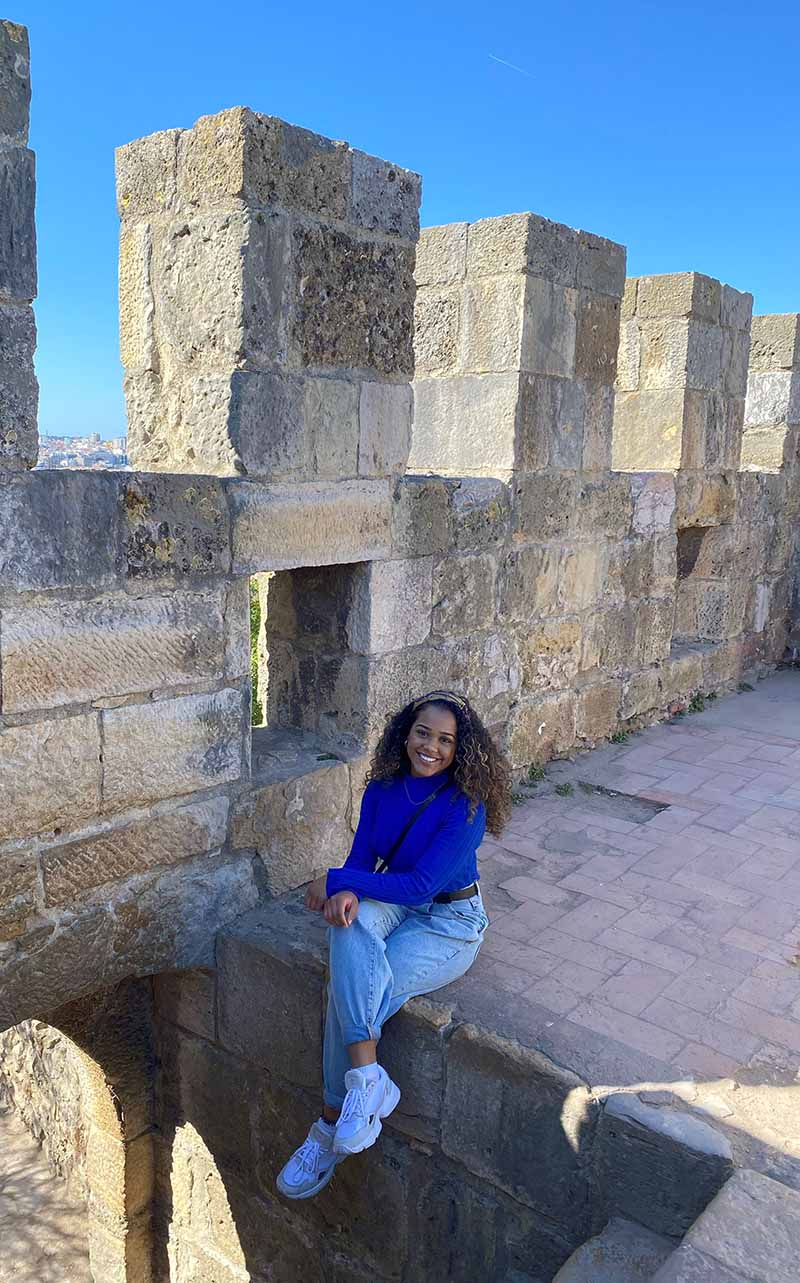 Maya knows that whatever the future holds, even in a post-pandemic world, she will still be determined to get back to where she should be right now. “My roommates and I have plans to go to Amsterdam when things return to normal. I haven’t even converted my money yet, even though I need it. It’s hard to let go.”

She paused, thinking not about the fear and anxiety of the trip, but instead of the good times and what might have been. “The three weeks I had… it changed my life.”