Robots Battle for Supremacy at MakerSpace 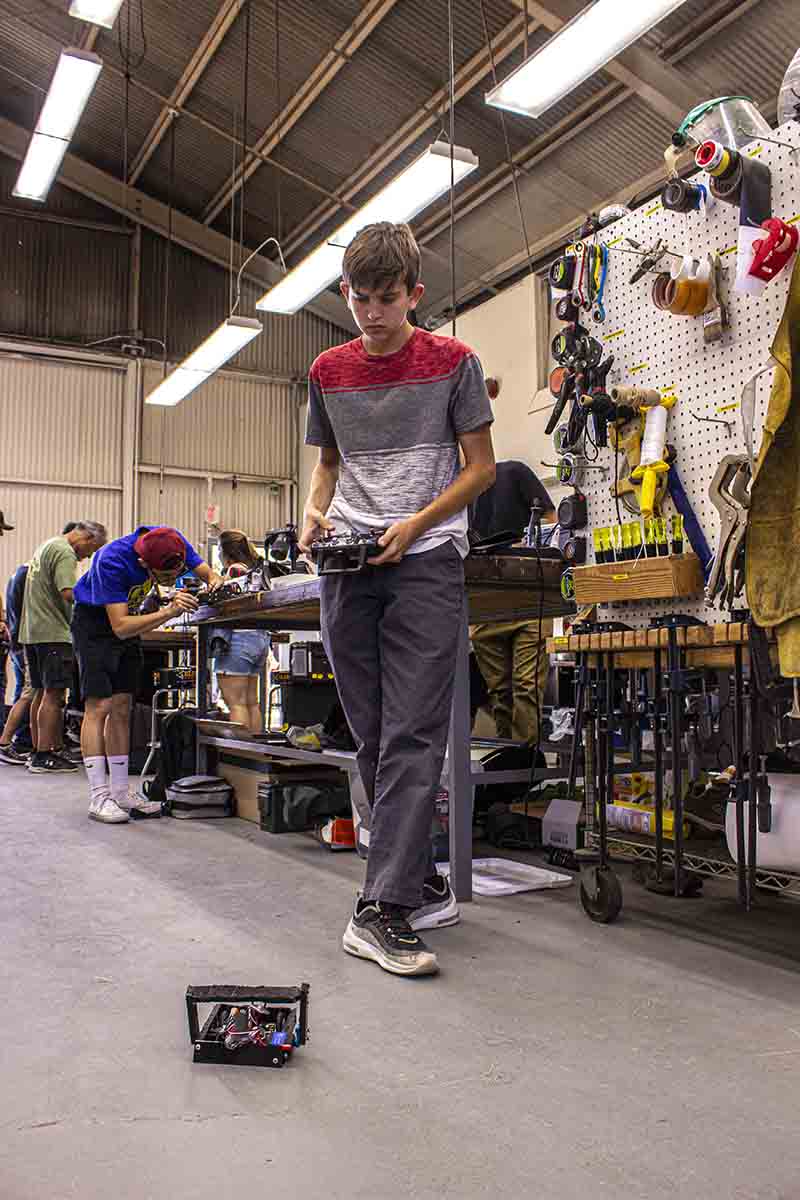 The Mountie MakerSpace held a robot fighting competition this past weekend, called October Obliteration. It was open to the public and the smaller robots that were entered into the competition were classed by weight. We sent student photographer William Deatherage to cover the event and here is his report:

“With the Mountie MakerSpace’s resources available, young kids trotted through the halls, experimenting with their first inklings of robotics, as experienced veterans perfected their latest machines." 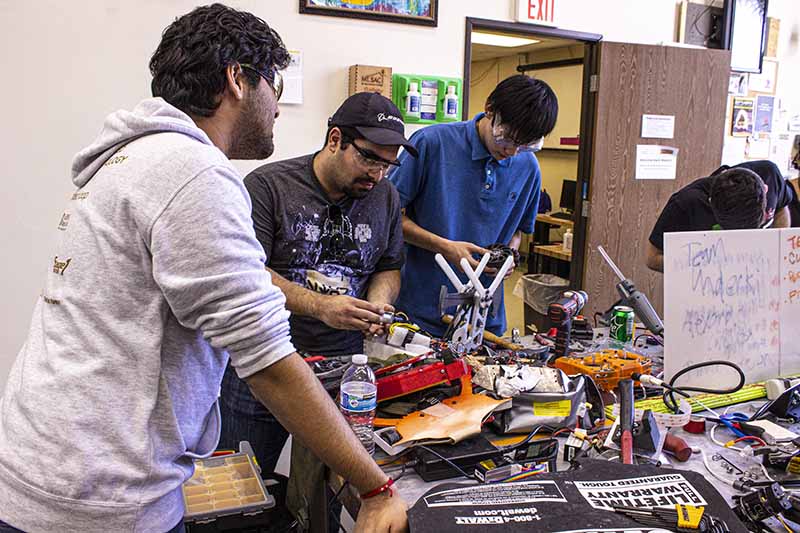 "With completely free entry, the event held a wide variety of attendees: from cheery father-son duos, to chummy high-school robotics troupes, as well as the auspicious faces of the local robotics community. What was consistent in everyone was a sense of camaraderie - an immediate feeling of friendship and community united by a passion for robotics. The space was full of cheers and laughs as competitors and spectators watched their creations spar, and shortly after, raced into the MakerSpace with an eager diligence to improve their droids and battle again.” 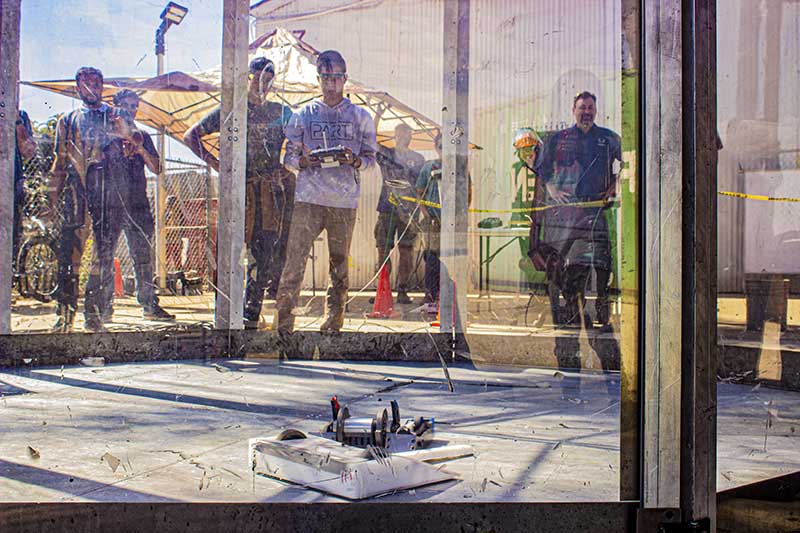 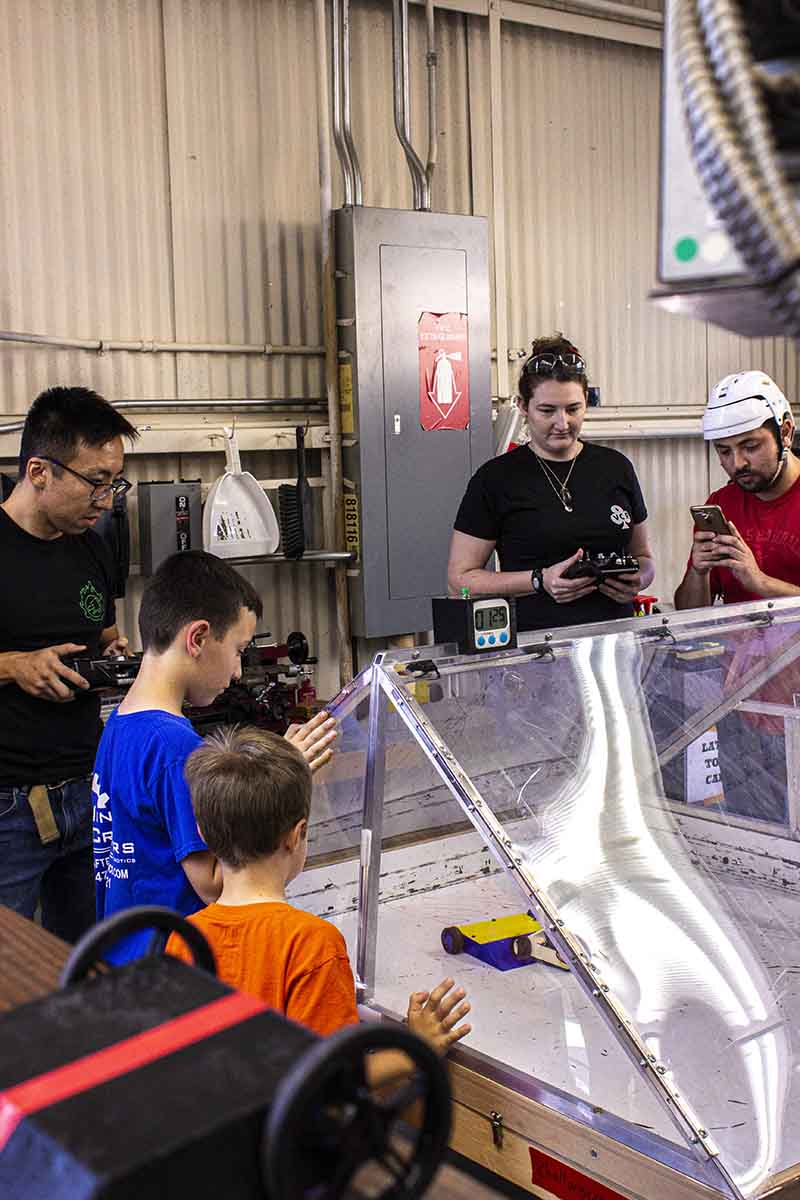 William was equally impressed with the MakerSpace, and offered up his own take on it:

“Mountie MakerSpace has a variety of resources available to the public to make just about anything. A wide array of machine shop equipment is available for woodwork, metalwork, and welding. The MakerSpace is also equipped with new, 21st-century tech: a laser cutter/engraver, vinyl cutter, heat transfer for shirts and mugs, programmable sewing machines, and a 3D printer. Mt. SAC student or not, come by the Mountie MakerSpace and explore the possibilities of what you can create!”