The Pride Center offers safe place to be yourself

Ed. Note: During the month of June in the United States, LGBTQ Pride Month occurs to commemorate the Stonewall riots, which occurred at the end of June 1969. This story was photographed and written while the Mt. SAC campus was still open. During the COVID-19 campus closure, the Pride Center has taken many of its support services online. Please see a breakdown of those at the end of the article.

Although a program like the Pride Center, which offers support to the Mt. SAC campus’ LGBTQ community, had been planned and discussed for a long time prior, as soon as school leaders learned of an incident where a student was ready to commit suicide on campus, they knew they had to act. That student thought they had nowhere to turn to for help. Students who questioned or were afraid to express their sexual and/or gender identity needed a safe space to not be judged as they had for much of their lives. So, the following year, the Pride Center opened. 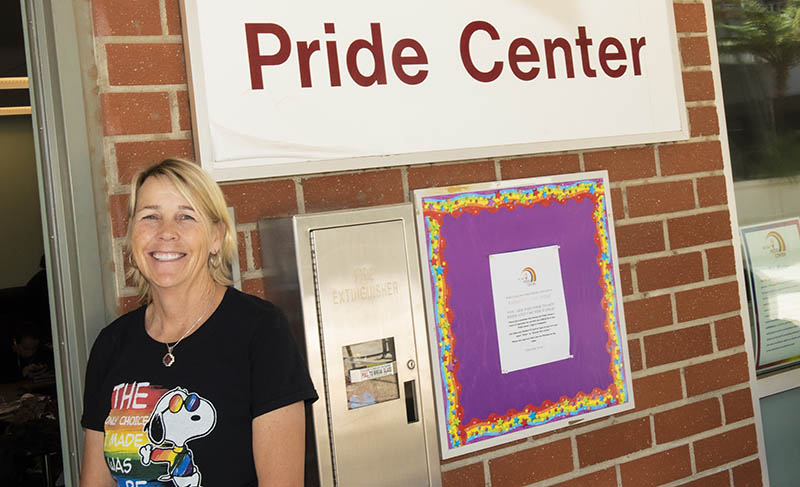 “We had students in the LGBTQ community who were not supported in the way they needed,” said Melinda Bowen, Program Director for the Pride Center. “There was not a place for them to go and just be their self. Many of our students have not come out to their parents yet. Even their friends might not know.”

Bowen said that some students that have come out to their parents have been thrown out of their homes as a result. In those circumstances, the Pride Center gives them a bridge to services available to combat homelessness and food insecurities. It also offers an emotional support that they may be lacking in their lives. Students can feel isolation, loneliness and helplessness when their identity is not accepted by friends and family. 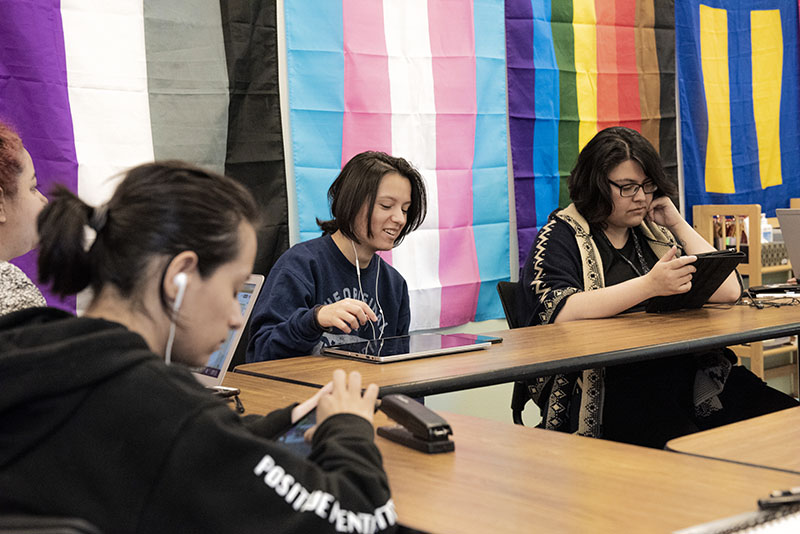 “Sometimes at home, you can’t be yourself,” said student Darren Elliott. “At the Pride Center, you can find a second family and connect with people who love you.”

Throughout the week, there are ten different student-run discussion groups that aim to cover the issues a student may be having with what is going on in their lives. 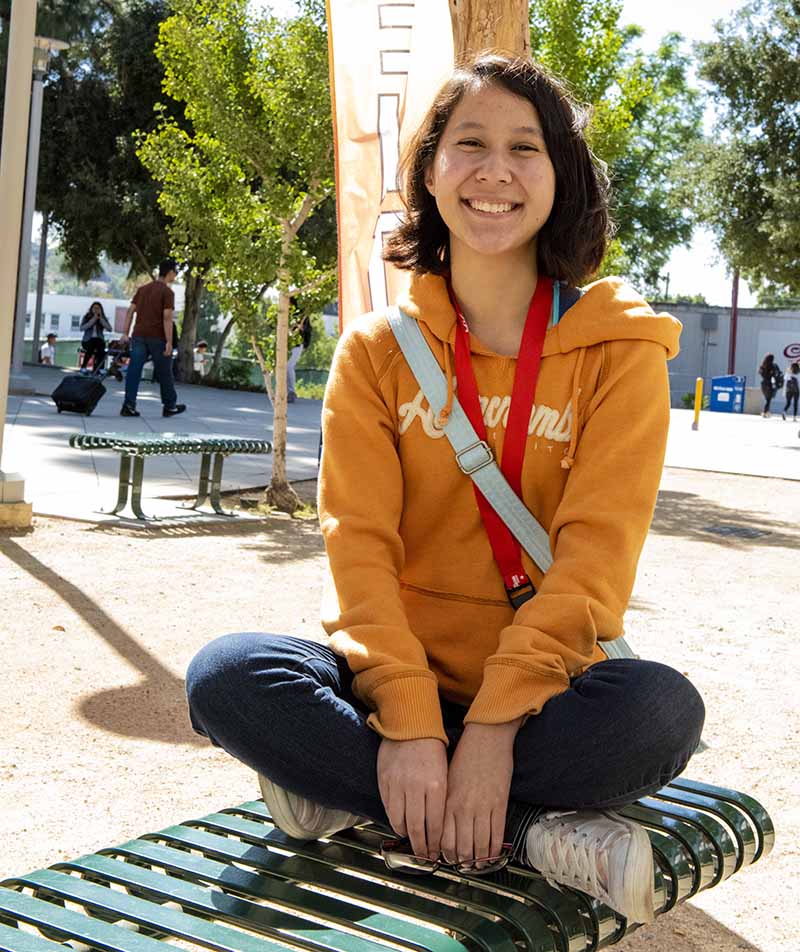 “I didn’t really figure things out until I joined one of the discussion groups,” said Ariel Stubbs, an English Major. 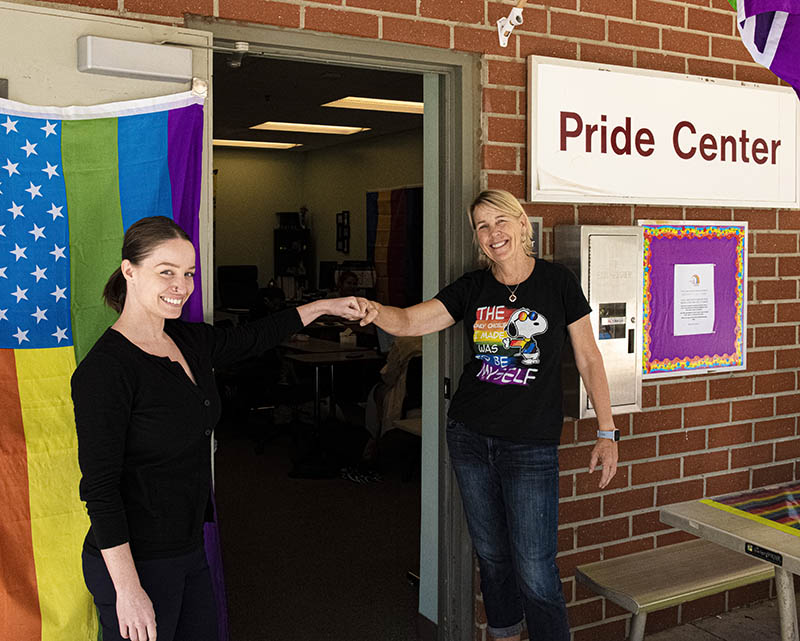 un through Student Services, with a full time faculty member (Bowen) and a staff member (Madison Stute, the Program Specialist), the Pride Center is a place where people from the LGBTQ community can come as both a safe space and a brave space (expanding one’s self-identity).

“At the Pride Center, you don’t have to explain yourself – like who you are, why you are,” said Ariel. “Instead, it is a place where you can learn and discover who you are.”

The Pride Center offers students a place to study, with quiet hours and computers and printers, a place to eat and make breakfast or lunch, or just a spot to hang out and socialize. There are tutors available, as well as a therapist on Mondays for one-on-one counseling and group therapy sessions. 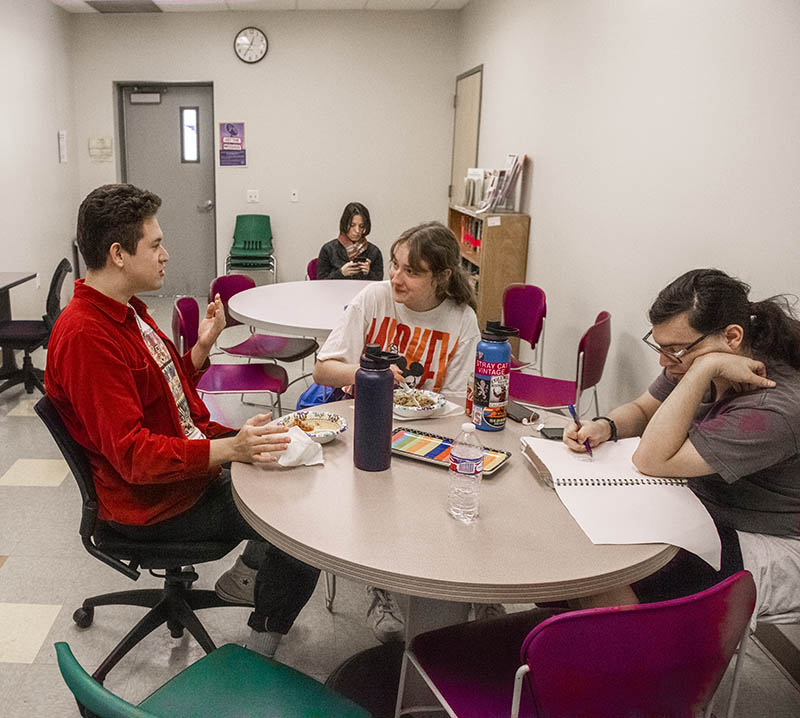 “You can either find people with the same interests or have shared the same experiences as you have,” according to Raul Gaeta, a nursing major.

The Center has an average of 100 students walk in on a daily basis. As it expanded to accommodate its ever-increasing popularity, so its space has increased since it opened in 2016. Recently, it opened a kitchen for students to use.

“Food is a centralizing force,” explained Bowen. “Now, we have a place to throw small parties and that brings our students together.”

Student Alexavier Moreno’s story is a common one, demonstrating why the social aspect of the Pride Center may be its most vital function. 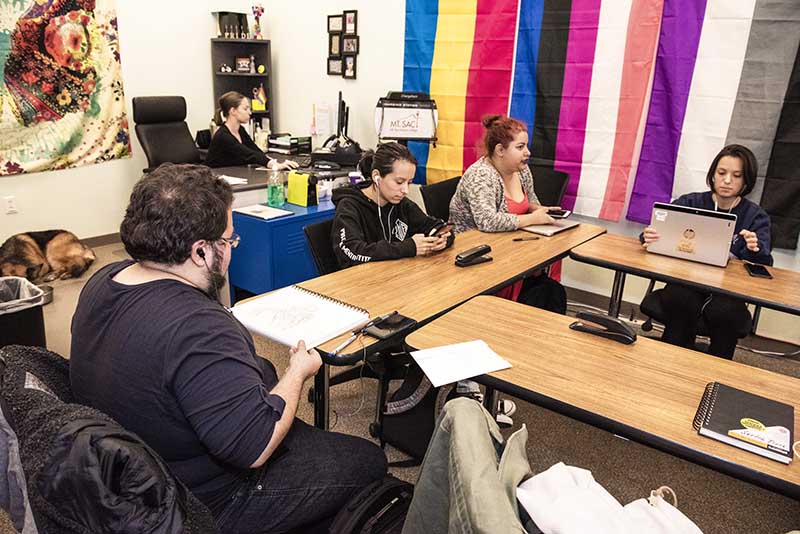 “I was bullied when I was little,” explained Moreno. “It was really difficult to connect with people. But here, people genuinely care. They treat you like family.”

Mt. SAC was the second of only three Pride Centers that currently exist in the Community College system of California. Financially, the Pride Center is supported by Equity Funding and the Academic Senate. 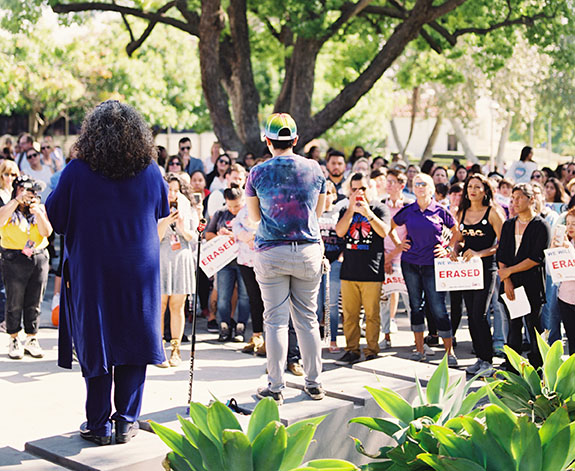 The Pride Center has been instrumental in structural change across the Mt. SAC campus, as well. They sought to have a student’s preferred name and pronoun on their student IDs, as well as pushed for the 13 all-gender bathrooms that now exist on campus.

“Today, our students feel very comfortable and we have a tremendous amount of support across campus,” said Bowen, pointing to the large turnout for the Center’s “We Will Not Be Erased” protest. “I think every single 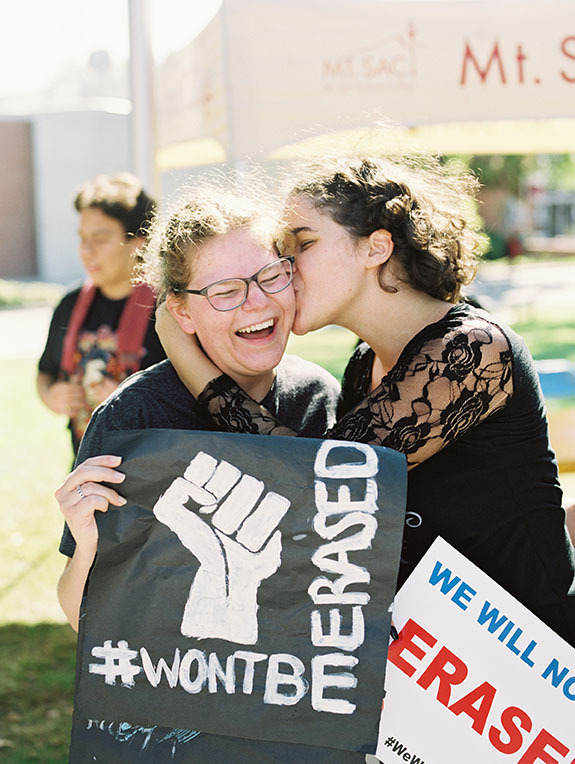 Mt. SAC Dean was at that protest, supporting the cause and what the Pride Center is doing.”

For more information on the Pride Center, students can visit the website, or email pridecenter@mtsac.edu using their Mt. SAC student email address. Once campus opens, students may drop-in to the physical center, located next to the clock tower in Building 26A, Room 1630.

Follow-up: Madison Stute reported that once the campus closed during the Spring term, the virtual Pride Center was offering remote support to students with a Pride Center Online Hub, through Canvas, where they organized resources, discussion boards, Zoom meetings, etc. 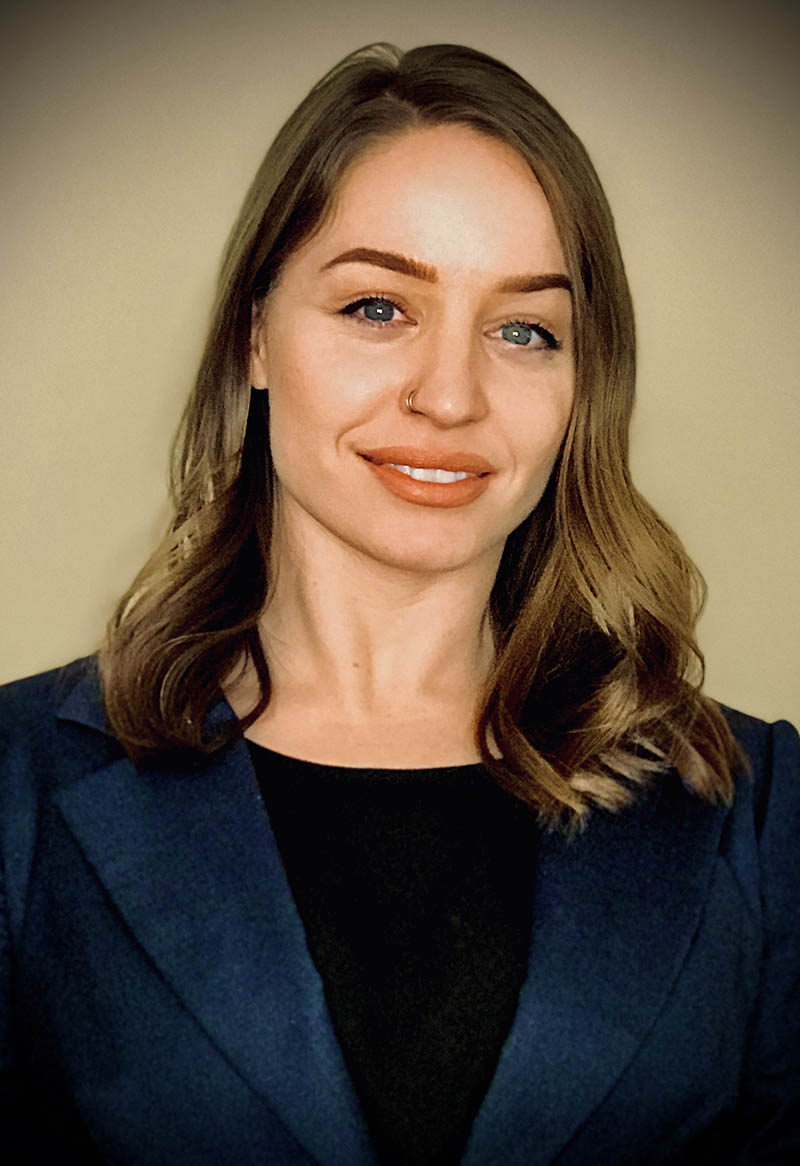 “We continued to offer mental health support to students,” explained Stute, “with our weekly Mental Health Discussion Group and individual drop-in appointments with our in-house therapists, all via Zoom of course. We also kept our Academic Counseling hours through Zoom. We continued to support our students academically, professionally, and personally, connecting them to valuable campus and community resources when needed.”
Stute said the Pride Center will be offering these, and even more, support systems during the Fall semester. For the Summer Intercession, the Pride center is continuing to operate the Hub, however with more limited programming (fewer Lounge Hours and Discussion Groups).