GRAD SPOTLIGHT is a series highlighting our 2022 graduates' stories. The series runs on the Mt. SAC social media channels Instagram and Facebook. 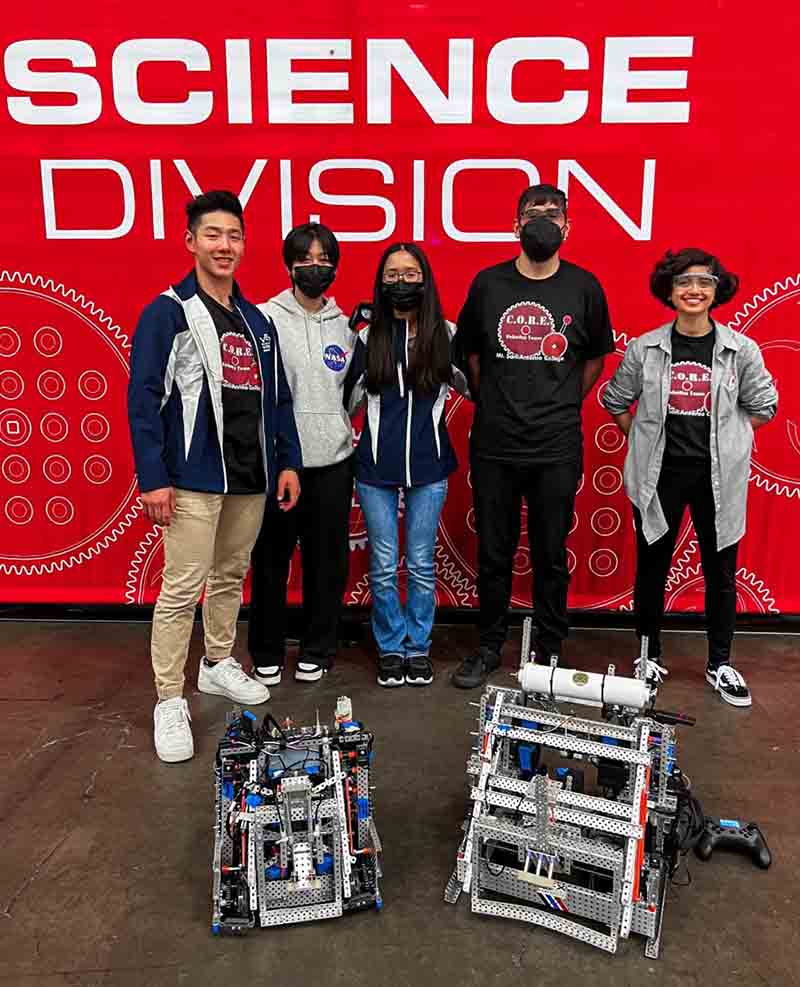 Years before he was the lead programmer on the top-ranked Mt. SAC Robotics Team, MTSAC1, Nate Iskandar was adjusting to life as a high school student in an unfamiliar country.

At 15, he moved from Indonesia to the United States to pursue his passion for technology and the American Dream.

“Adapting to a new learning environment in a different country was a challenge at first,” Nate says. “The language barrier, my unfamiliarity with the conduct of classes ... (These) were some setbacks I faced, but they were not something hard work and persistence could not overcome.”

He made short work of high school and his seven AP classes, graduating with straight A’s. Nate continued to push himself at Mt. SAC by enrolling in tough “courses and high-unit semesters to challenge my academic rigor,” he says.

“I managed to take 13 units in Winter 2022 and am currently enrolled in 19.5 units for Spring 2022,” says Nate, who will be transferring to UC Berkeley where he will major in Electrical Engineering and Computer Science. “By the end of this term, I will be graduating with a total of 89.5 units and will have fulfilled all my major-related courses to the highest level.”

By challenging himself and succeeding, Nate has earned several awards during his time on campus. He was named as a Student of Distinction in the Academic Achievement Category, has earned Honors Program graduate status, and was an EOPS/CARE Recognized Student Speaker. But Nate was also busy building his resume in his free time.

“Outside of class, I participated in networking opportunities to expand my connections,” he says. “ I applied to Google and got accepted to be a lead for the Google Developer Student Clubs, a student-led initiative in association with the worldwide Google Developers community, that aims to bring awareness about technology.”

Nate’s expertise with tech will give him a strong voice in that community or when he is tinkering at home.