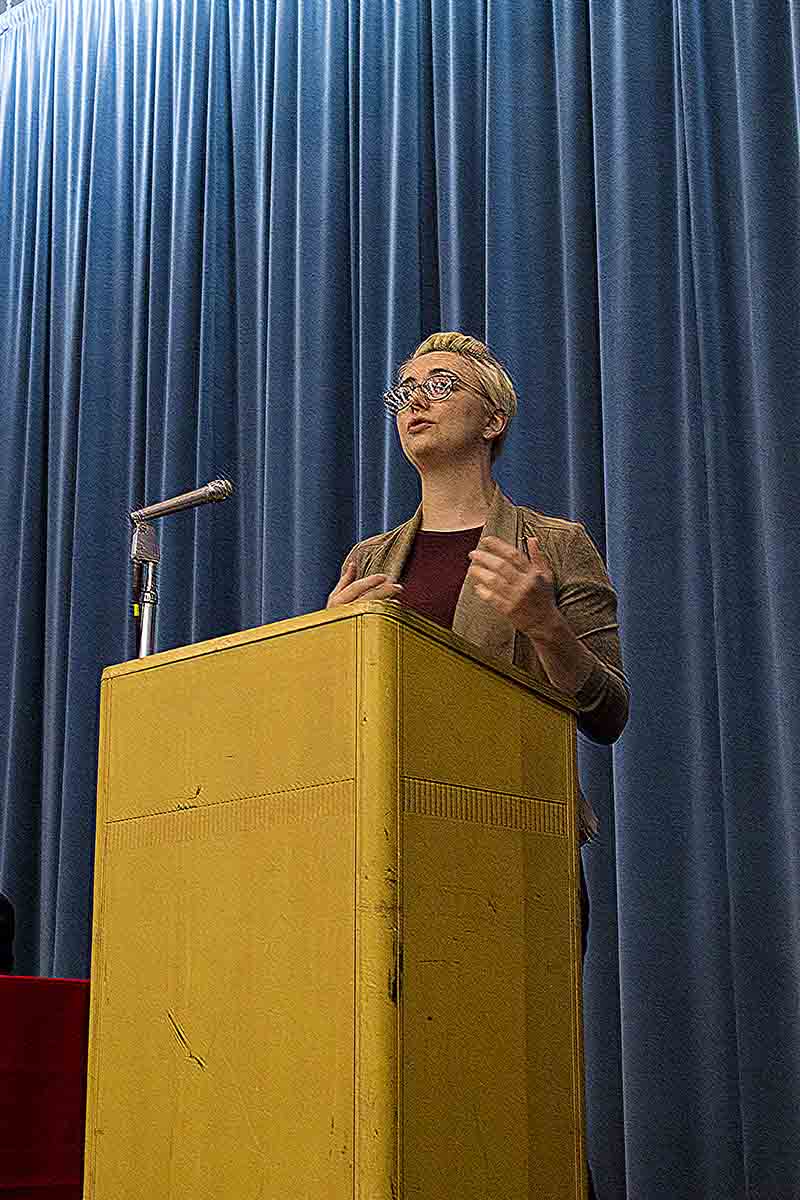 It was a global debate asking one pressing question: Is climate change reversible? Two members of the Mt. SAC Forensics team, Mohamad Almouazzen and Cindy Gutierrez, faced off against two members of the visiting British National Debate team, Niamh Thompson and Dan Scanio. 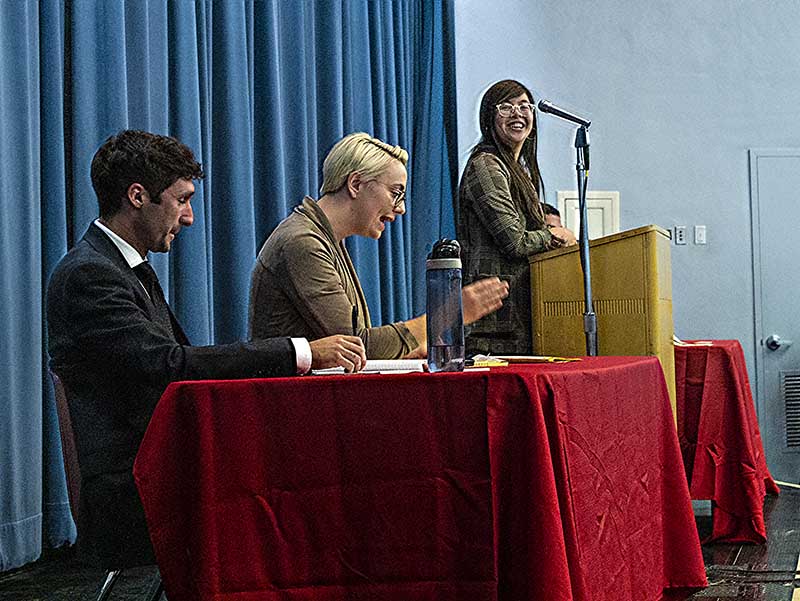 For such a divisive topic, the debaters handled the issue with surprising grace and humility. While the British team argued that a capitalist society and pure animal nature will lead to the planet’s downfall, they still managed to crack a few jokes and keep the mood light. 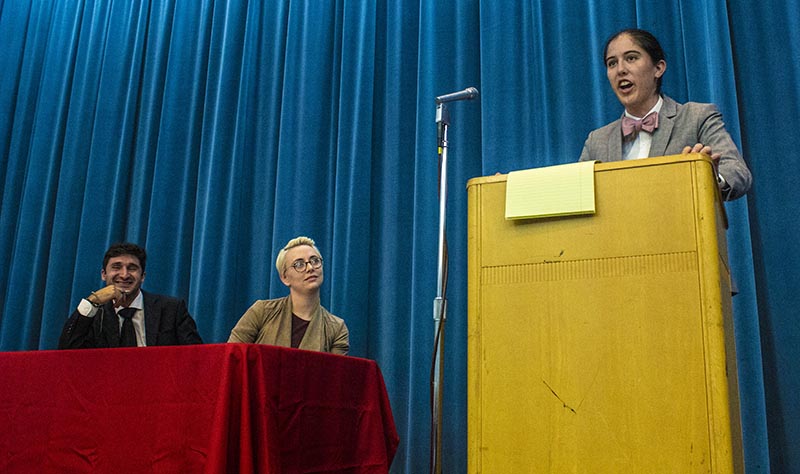 Conversely, the Mounties inspired hope in the future and argued that now, more than ever, youth can unite together to change the world.

After opening arguments from both sides, the floor was opened to the audience for their input. The audience, standing room only and made up of mostly students, posed thought-provoking questions from all viewpoints. 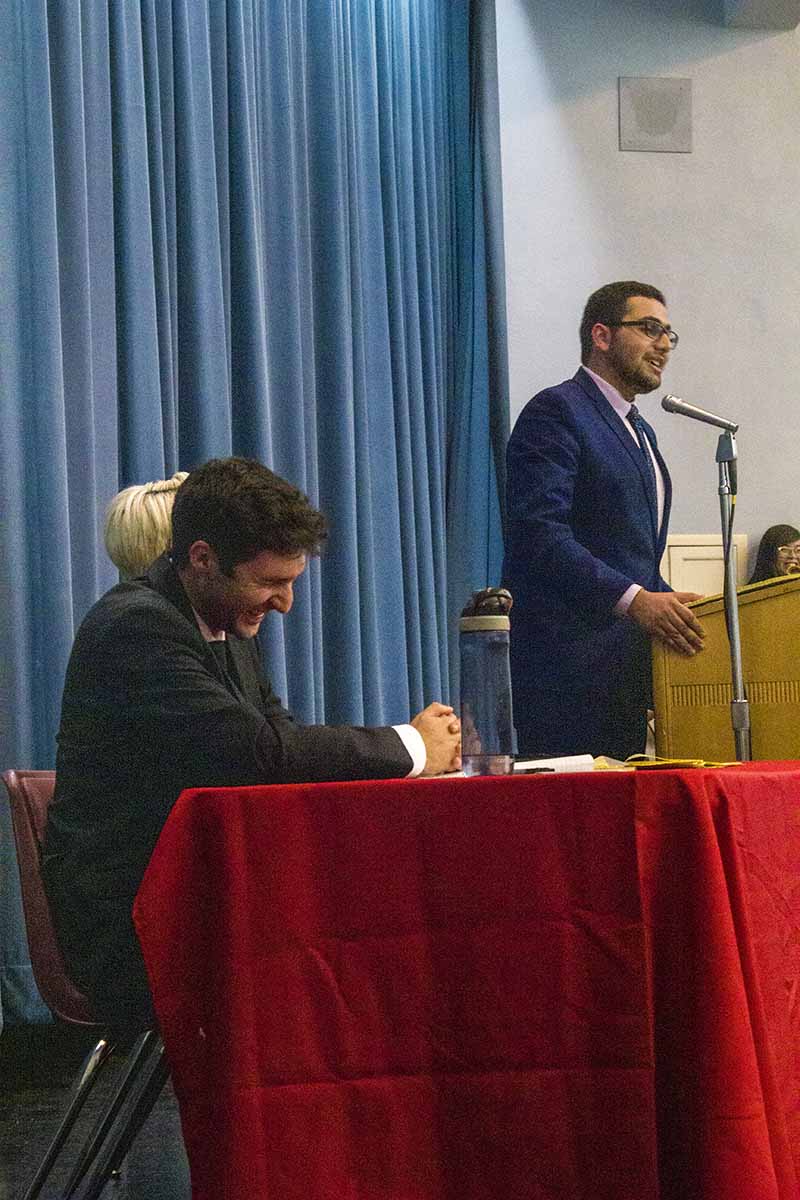 The energy was palpable as eyes darted back and forth, from speaker to speaker, seemingly each insight providing a whole new context for the issue of climate change.

The high turnout and quality comments displayed the Mt. SAC student body’s cognizance of such a global issue, as well as how decisions today may affect future generations.

After heated closing arguments from Niamh Thompson and Mohamad Almouazzen, a vote was cast for the winner. Through roars of applause for both teams, the Mt. SAC forensics team 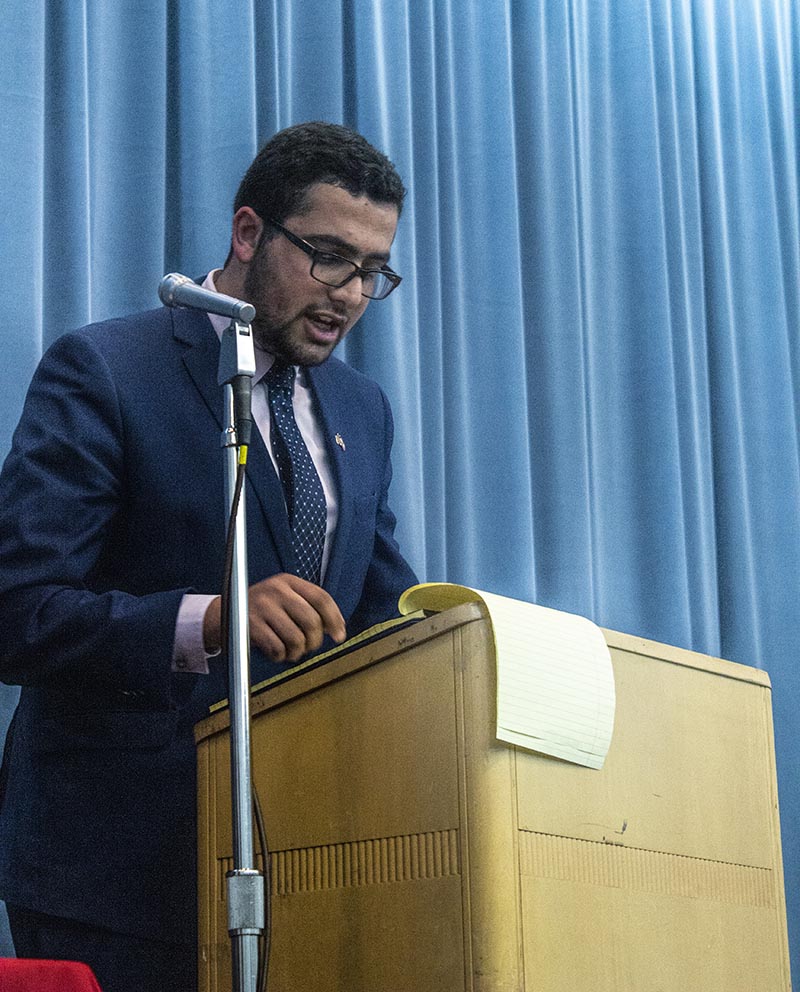 closely won the debate, at least by the choosing of the not un-biased crowd of Mt. SAC students.

Almouazzen ended by making a passionate speech that climate change is reversible, through concerted effort and faith in our determination to make a better future. For more information on the Mountie Forensics Team, please visit https://www.mtsac.edu/communication/forensics/ 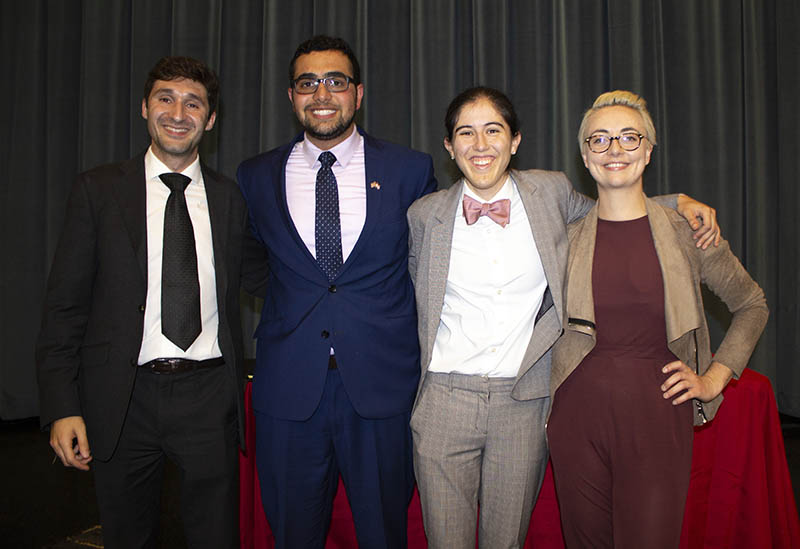 William Deatherage is a Mt. SAC student who takes photography and reports on campus events for the Marketing & Communications Office.