She Wasn’t Supposed to Be Able to Walk at Graduation 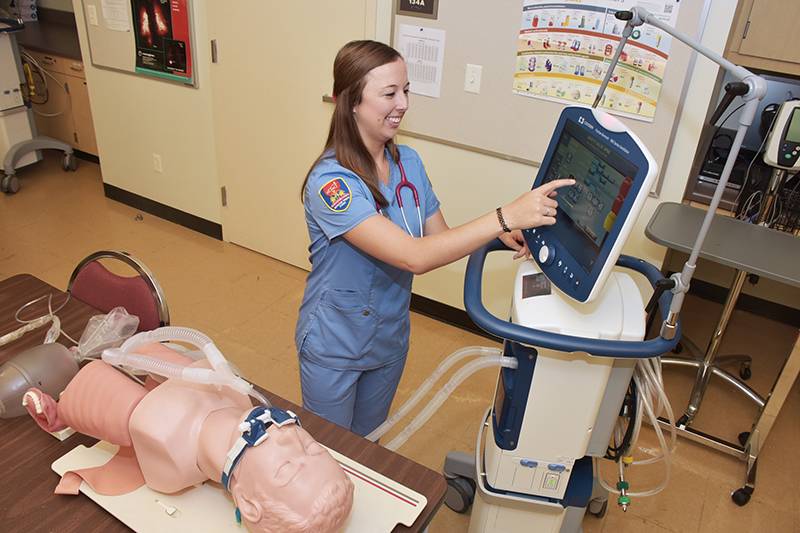 When Julia Hoy was a child, her doctors said she would never be able to walk. But on June 17, Julia will walk with the rest of the Class of 2018 during Mt. San Antonio College’s 72nd commencement at Citizens Business Bank Arena in Ontario.

“I was born with my legs caught up in knot like a pretzel,” said Julia, now 24, about the rare congenital condition, arthrogryposis, that she has suffered with from birth.

Initially, doctors said there was an 85 percent chance she would never walk. Arthrogryposis describes congenital joint contracture in two or more areas of the body—usually the legs and arms. In Julia’s case, her legs were twisted up from the hips to the ankles, and she was born with a bilateral clubfoot and dislocated hips.

She underwent seven surgeries at Children’s Hospital of Los Angeles and years of physical therapy to stretch her legs while attempting to walk. Her body was continually in casts, and she was completely dependent on family members for any sense of mobility.

Then at four years old, Julia saw a ray of hope. With her family around her, her brother held out a bag of marshmallows to her from across the living room of their house. If she wanted any, she would have move by herself. And very slowly, she did just that.

“That’s the day I knew that with physical therapy I could walk someday,” she said.

She led a somewhat sheltered childhood with regular physical therapy as she learned how to walk. Her physical limitations presented unique challenges for someone like her trying to navigate a world where walking is taken for granted. But with persistence and a lot of physical therapy, she gradually was able to walk on her own.

Then in August 2016, she decided to take on a new challenge: She enrolled in Mt. SAC’s Respiratory Therapy Program.

“I chose this career for a reason,” Julia said. “Since I was given a chance to walk, I wanted to be able to help others who are in a situation similar to mine.”

At the beginning, she had her doubts. Respiratory Therapy is a demanding program, so she asked her professors at Mt. SAC about her chances. They told her to give it a shot and see how far she could go.

“Honestly, I wouldn’t be here where I am today if it weren’t for those instructors pushing us to accomplish something amazing,” she said.

Part of program involves serving a clinical rotation in a hospital. Now she faced a different challenge in a different setting. Julia began serving her one-year rotations at Queen of the Valley Hospital in West Covina. And some in the medical field had their suspicions about her capability.

The 12-hour shifts at the hospital would be daunting to anyone. But in Julia’s case that would be amplified. She wondered whether or not she had the stamina to navigate a big hospital and be on her feet for 12 hours at a time.

Yet another trial for Julia involved the hospital scrubs, and in particular it involved the booties. She was unable at first to put on the booties required for when she had to work in surgery.

“I couldn’t bend my leg to put on the booties.”

But together with her physical therapist, they worked on a way to accomplish the task by first taking her shoe off, putting the booty over the shoe, and slipping her foot back in the shoe. A simple, yet effective way to remedy the situation.

“All of us in the program may have had doubts, but my doubts were just a little bit more because of my limitations,” she said.

On Sunday, June 17, Julia will graduate with Mt. SAC’s Class of 2018, something the cards were stacked against from the beginning.

“I’m beyond excited,” she said. “After all the long hours and coming home late at night and wondering if I’m going to make it through this program, it all comes home now.”

Her plans after graduation are quite clear. In late June, she will take the board examinations to become a license respiratory therapist. After that, she wants to get on staff at Children’s Hospital of Los Angeles, where she spent a good deal of her childhood, so she can begin to pay it forward.

Yet even today after surgeries, constant physical therapy, and all she’s accomplished, Julia faces unique challenges. Her ankles are fused together, she doesn’t have any calves, and she has only limited moment in her hips. But somehow she found the strength within herself to work around her limitations and overcome her obstacles.

“You can go far if you keep your head up. If someone tells you that you can’t do something, don’t let them get at you. It’s only you who can stop you,” she said.