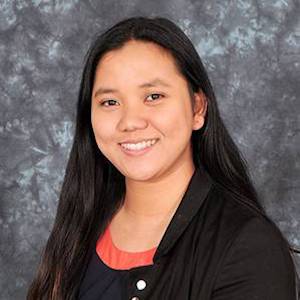 Mt. SAC honor student Anna Badillo has been selected as one of 20 students from across the country to be named to the 2017 All-USA Community College Academic Team by Phi Theta Kappa (PTK), the international community college honor society. She was selected from more than 1,800 nominations.

As a member of the All-USA Academic Team, Badillo will receive a $5,000 scholarship during the American Association of Community Colleges Convention to be held April 24 in New Orleans, LA. She also was selected as a 2017 Coca-Cola New Century Scholar for being the highest scoring student from California and will be presented with a $2,000 scholarship from the Coca-Cola Foundation.

Badillo, 20, is a business administration major and carries a 3.9 GPA. In March, she was selected for PTK’s All-California Academic First Team based on grades, leadership, and community service. A Covina resident, she is a vice president for the PTK chapter at Mt. SAC. She also volunteers as a tax preparer and works part time at a restaurant in Rowland Heights. She also was nominated as one of Mt. SAC’s Students of Distinction this year.

She hopes to transfer to UC Berkeley as a business administration major and wants eventually to become an entrepreneur or start a non-profit organization.