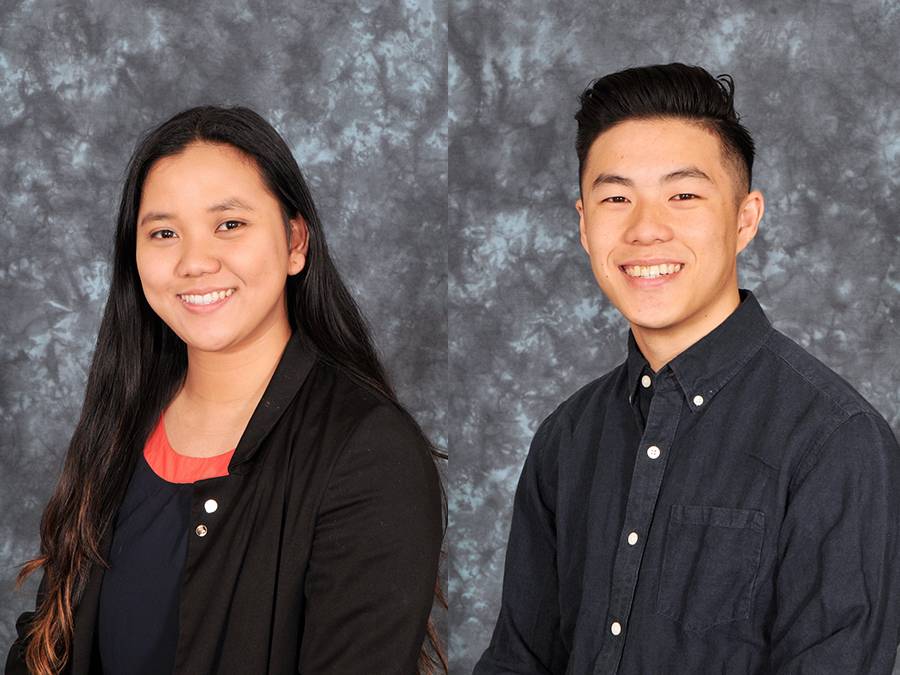 These students represent some of the best of the 2.1 million students enrolled in California’s community college system.

Badillo and Tang, both students in Mt. SAC's Honors Program, will receive medallions during the Community College League of California’s awards ceremony to be held at the Sacramento Convention Center on Mar. 23. Selection for the academic teams is based on grades, leadership, and community service.

Badillo, 20, is a business administration major and carries a 3.9 GPA. She was selected for the All-California Academic First Team. A Covina resident, she is a vice president for the PTK chapter at Mt. SAC. She also volunteers as a tax preparer and works part time at a restaurant in Rowland Heights. She has been nominated as one of Mt. SAC’s Students of Distinction this year. She hopes to transfer to UC Berkeley as a business administration major and wants eventually to become an entrepreneur or start a non-profit organization.

Tang, 19, is a kinesiology major and carries a 3.7 GPA. He was also selected for the All-California Academic First Team. A Walnut resident, he is a member of Mt. SAC’s Caduceus Club, which promotes interest in the health field. He is a volunteer with the Queen of the Valley Hospital in West Covina and has served as a volunteer with Med Life setting up mobile health clinics in Lima, Peru. He is also a former Eagle Scout. He plans to transfer to UCLA as a physiological sciences major and plans to become a medical doctor.