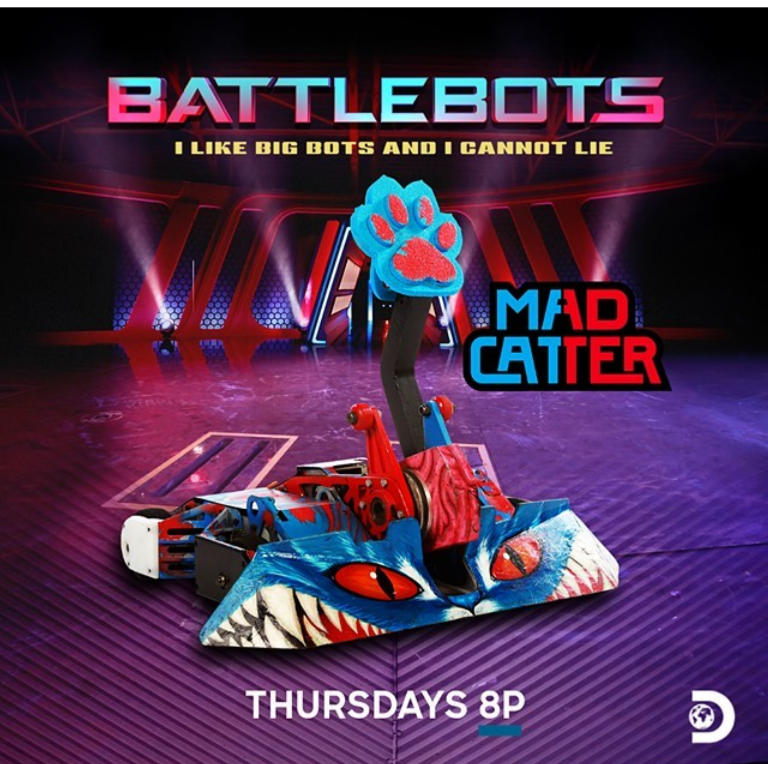 The Mt. SAC sponsored Battlebot, Madcatter, racked up its first knock out in the season 5 opener of Battlebots on the Discovery Channel last night. 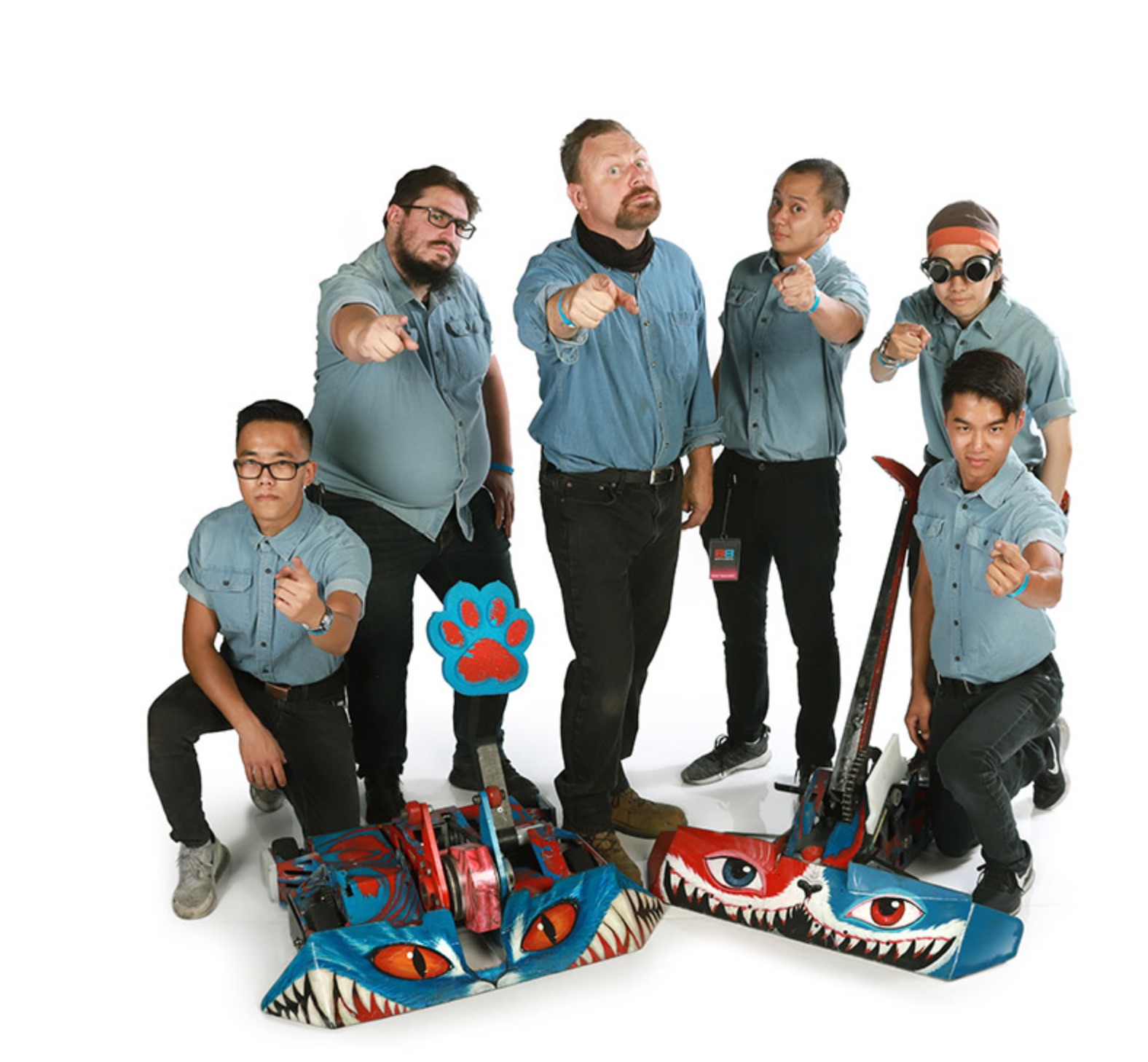 Engineering professor Martin Mason led the Mt. SAC-sponsored Team Bad Kitty to victory last night in the televised robot fighting competition" Battlebots" on the Discovery Channel. The team’s bot, Madcatter,  advanced to the next round and will fight on subsequent episodes. 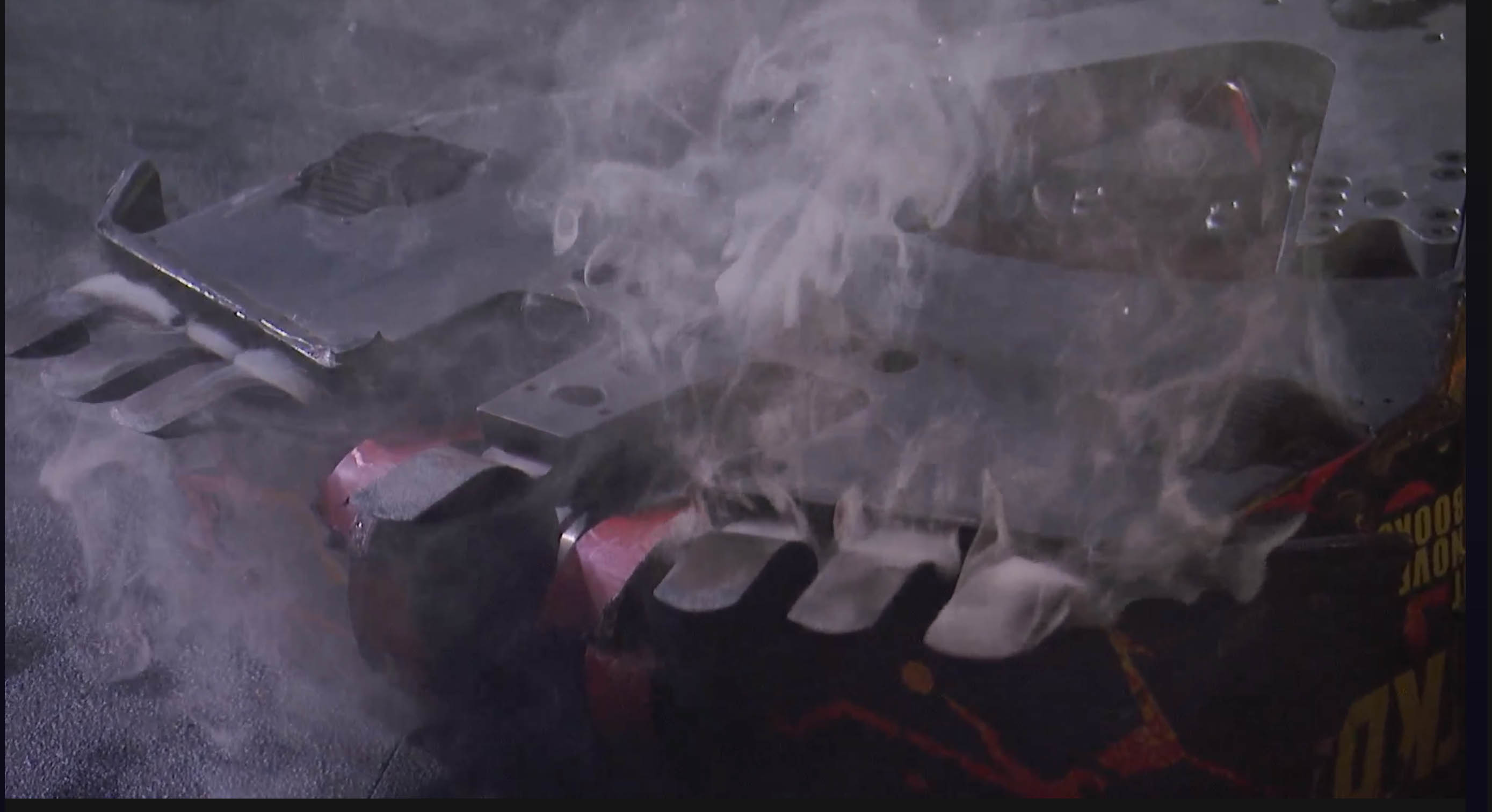 Madcatter made short work of opponent bot, Fusion. Within the first minute of the match, Madcatter managed to disable fusion’s weapons, leaving its opponent on fire (called “A BBQ on wheels” by the commentators). It was guessed that fusion’s weapon motors burned up and caused the fire.

Watch the episode in full here. Madcatter’s match begins about 17 minutes into the show. Subsequent episodes will air each Thursday at 8pm on the Discovery Channel. Episodes can be watched live on  the discovery channel Batlebots page. 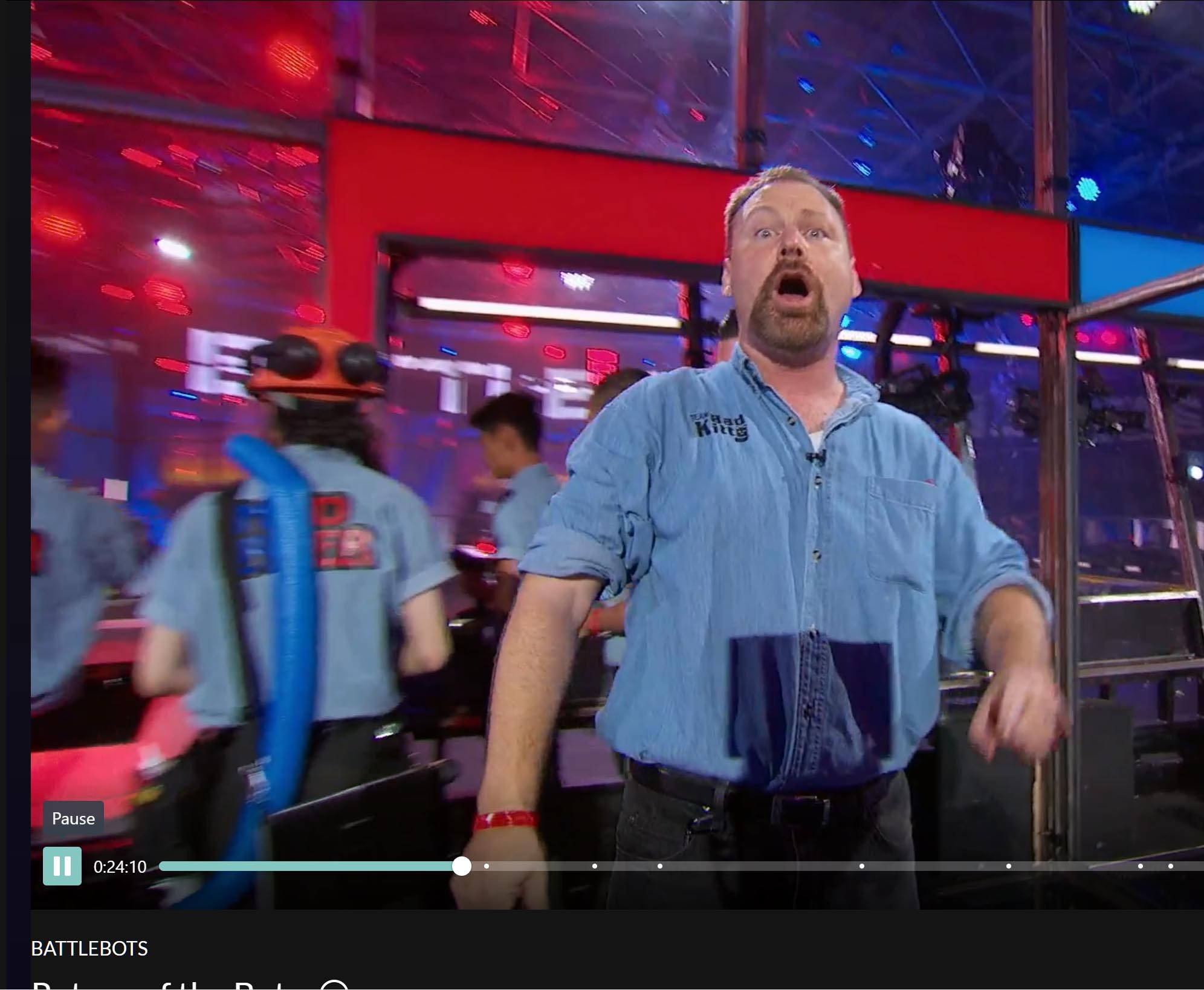 The commentators were quite familiar with Professor Mason and his penchant for trash talking his opponents (describing him as the “WWE guy” at one point). Before the match, Mason called the opponent bot “Fusion” a “piece of garbage.”

Read the story about Team bad Kitty and Madcatter here.