Men's and Women's XC Both Take the State Championships!

By Woody Wilk, CCCSIA/for the CCCAA 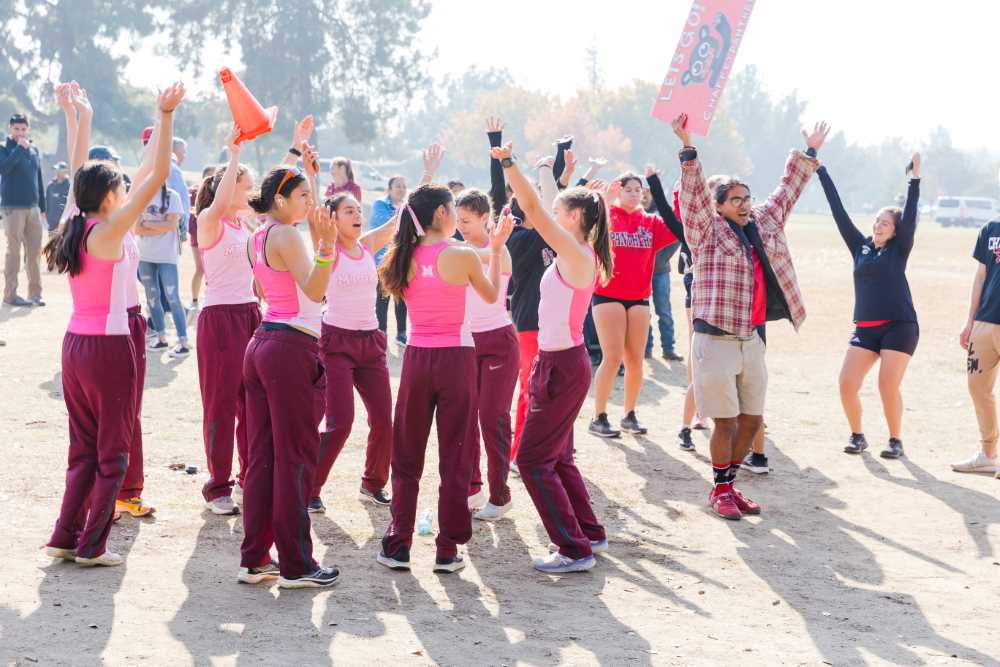 It was "twice as nice" for the Mt. San Antonio College men's and women's cross country programs at Woodward Park on Saturday morning as both claimed CCCAA Championships on the same day for the second time overall and the first time since 2017. 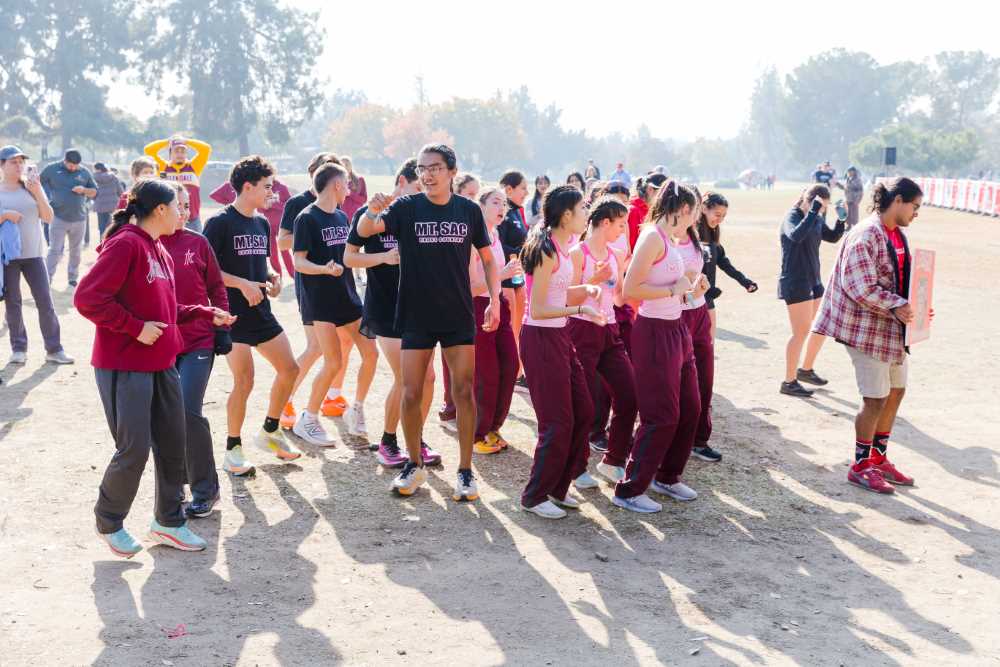 The Mountie men outdueled Southern California rival and two-time defending champion San Diego Mesa for a three-point win while the defending state champion Mt. SAC women were the class of the field with their convincing 50-point victory.

Sophomore Jesse Alvarado, fifth at the state meet a year ago, was the men's individual winner in a course-record 19:51.2, besting the previous mark by a second held by his friend and former teammate Daniel Abdala, who captured the title in 2021. Sophomore Hannah Hartwell was victorious on the women's side, claiming a nearly 14-second win over her closest competition while becoming the first individual champion for the College of the Redwoods.

Mt. SAC, led by Alvarado's win and all five scoring runners among the top 19 finishers, tallied 59 points while San Diego Mesa countered with David Millan's fourth-place showing (20:10.8), Juan Rosales's eighth-place finish (20:26.6) and all five of its scorers among the top 21 crossers to post 62 points. Riverside City was third with 126 points, Hartnell took fourth with 145 and Bakersfield grabbed fifth with 169. 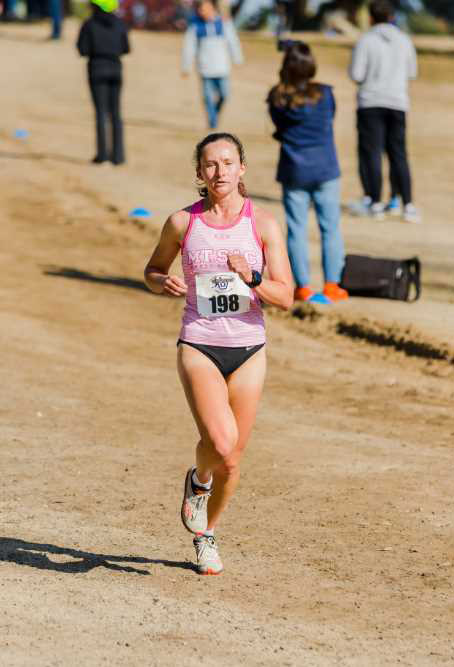 The men's race figured to be a close contest among several teams but particularly with Mt. SAC and SoCal regional champion San Diego Mesa at the top. The Olympians, who captured state championships in 2019 and 2021 - sandwiched around the canceled 2020 race - were looking to be the first back-to-back-to-back winner since American River turned the feat between 2013-2015. The two teams didn't disappoint, posting incredibly close team finishes across the finish line. 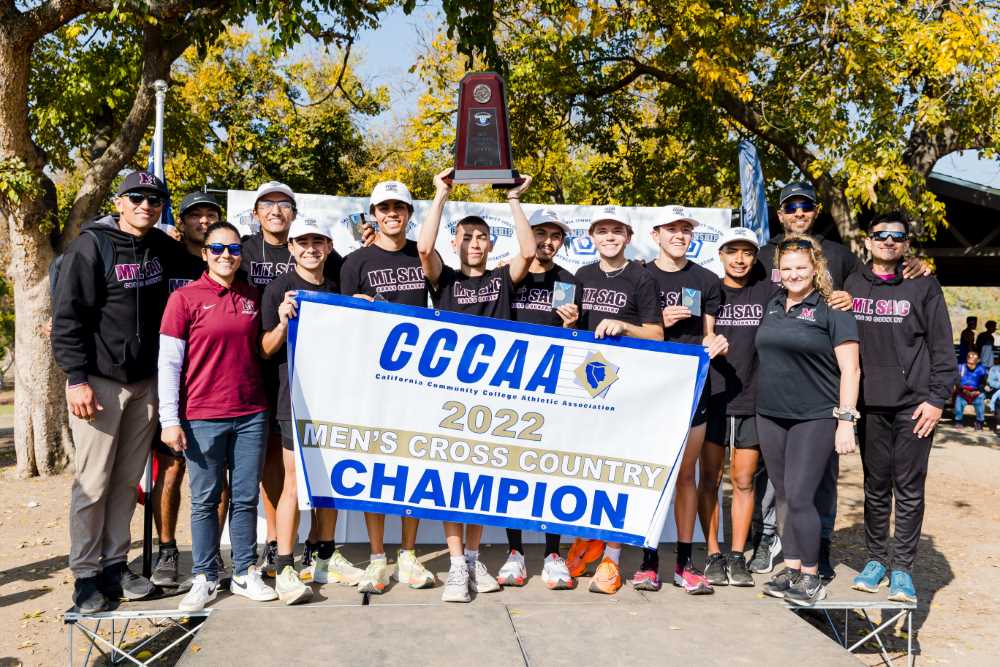 “Throughout the year, the men had great races but they never had great races on the same day," said Mt. SAC asst. coach Daniel Ozan. "I knew they could run fast and I knew they could run well. They didn’t run as well at SoCal (Championships). They were patient and I said, ‘Look, it doesn’t matter what happens, this is where it counts.’ And they stuck to the plan and they executed to perfection. It doesn’t happen very often but they definitely executed the plan to the ‘T’.”

Alvarado used Abdala's achievements as a barometer and goal throughout the season and said while his personal goals were pushing him, so was the goal of winning a team title. Alvarado was in first place after each mile.

"I had no idea (I was on record pace)," he said. "I was kind of going for that but it was more me thinking team-wise. I really didn’t care about the record, I was just running my race. Overall, I kind of figured I was on record pace. This whole year I was competing with (Abdala’s) times, just trying to show colleges I am a different level and have a different skill set than him.”

"This was probably the most nervous I’ve seen him the past couple days but he executed the plan and he’s done really, really well," he said. "He’s extra fit so it’s nice to see him take down the (record) time.”

Hartnell's Esteban Deniz, the NorCal individual champion, was a impressive runner-up in the men's race, finishing in 20:06 while Glendale's Julius Largaespada was third in 20:10. Millan was fourth while Bryce Gardhouse of Moorpark rounded out the top five with his time of 20:13.

Northern California women's regional champion Clovis was the team leader at the one-mile mark with the Mounties in second during the 5K race but the Mounties rallied to grab the win. Freshman Ingrid Tamayo was 30th in 19:32.9 while Shandy Moore was 40th in 19:53.0 to round out the Mt. SAC score. 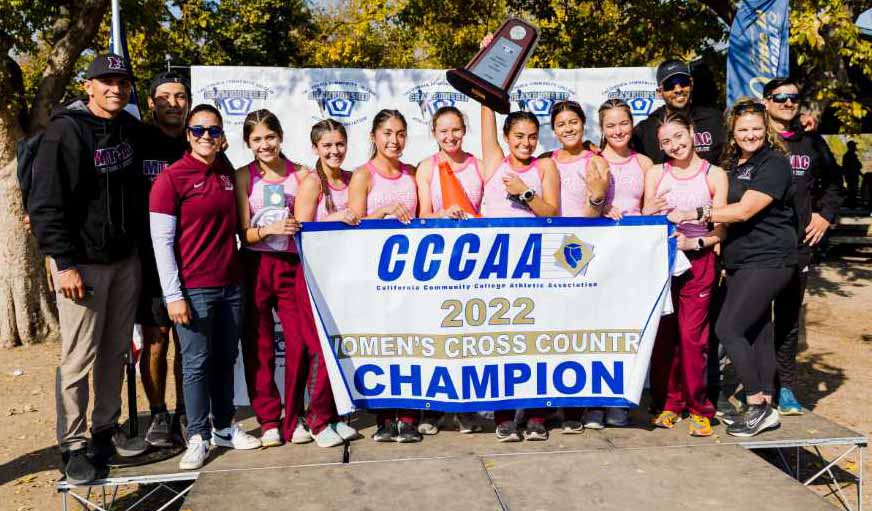 “I think the women ran very well," Ozan said. "All year we’ve had a group of ladies who if someone was down or someone didn’t have a good race, they always had their teammates to back them up. That’s what they did again today. They executed the plan perfectly and they ran very, very well... Their first mile was a little bit slower than I would’ve liked. I was a little nervous but I had confidence that they were going to continue to execute the plan and they did. The goal was to win the title and they did."

Hartwell was a strong winner on the women's side. The sophomore was in an early duel with SoCal champion Marikay Schwab of Golden West, with the pair virtually tied at the one-mile mark and 21 seconds ahead of the rest of the field. Hartwell, the NorCal titlist, took a one-second lead after two miles but gradually pulled away over the remainder of the race to beat Schwab, whose time of 17:34 was the only other one under 18 minutes in the 155-competitor field.

Beautiful weather and a championship environment, led by Clovis head coach C.J. Albertson, greeted the runners and the results and efforts made it a memorable day.

The men's title was the fourth in program history for Mt. SAC while the women captured their fourth. Alvarado was the third Mt. SAC men's individual champion.