According to ACP, “The National Pacemaker Awards are awards for excellence in American student journalism, given annually since 1927. The awards are generally considered to be the highest national honors in their field, and are unofficially known as the Pulitzer Prizes of student journalism."

Toni Albertson, Professor of Journalism and Adviser of Student Media, said she is, “Beyond Proud. This is a major deal for us.” She said that of the students nominated they are, “the only community college students in two of the four categories, and only one of two community colleges in the others.” 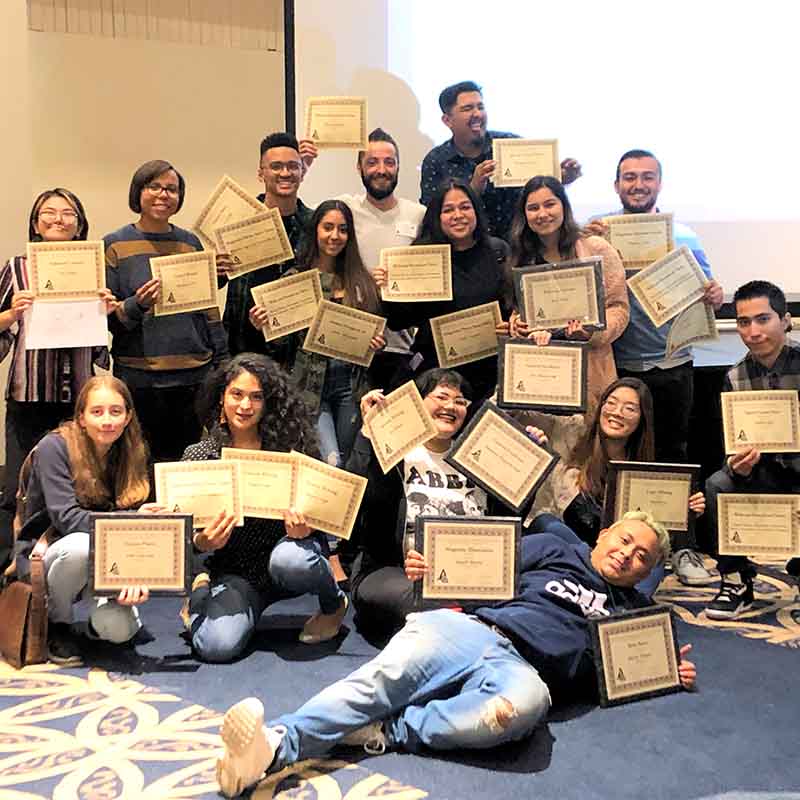 In addition, at the Journalism Association of Community Colleges (JACC) Regional So Cal Convention and Competition, Mt. SAC took home 26 awards, 17 placing in the top three. Both of the student publications, SAC.Media and Substance Magazine, received the highest award of General Excellence. The students will go on to compete at the State Competition in the Spring.

“I am often overwhelmed by these students,” said Albertson. “(It’s) not easy being a journalist today, but they are determined to do their jobs, and to do it with integrity.”

Also at the ACP conference, student Natalie Lu (editor-in-chief of SAC.Media) and Lily Lopez (Editor of the SAC.Media section Somos) were chosen by ACP/CMA (College Media Association) to lobby for the First Amendment. The students went to Capitol Hill to meet with Representative Gil Cisneros (CA 39th District). 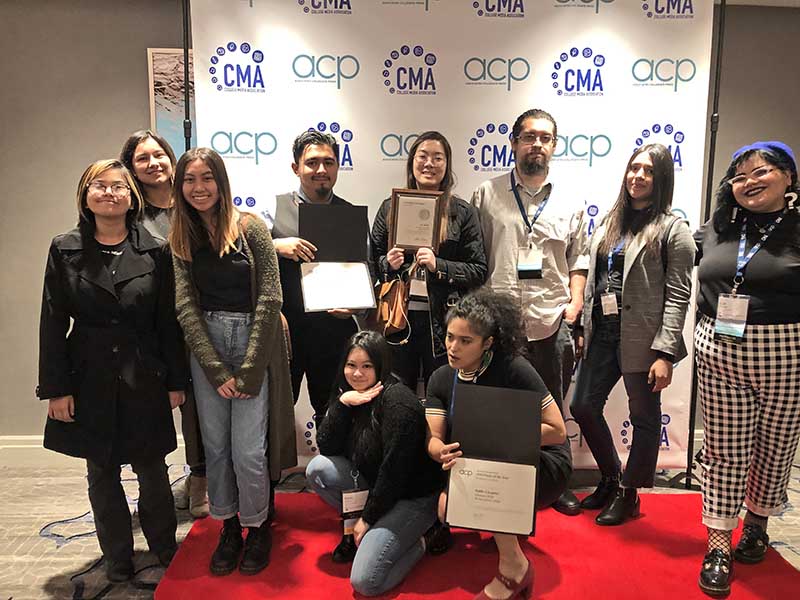 Professor Albertson was asked to present a session at the convention with her students on SAC.Media/@SAConScene's local community reporting effort. Student editors Joshua Sanchez, Brigette Lugo and Ferry Baylon joined her on the panel.

In addition, Albertson was named by the JACC as Innovation Coordinator. According to Albertson, this is a new position designed to move JACC in a digital direction that focuses on innovation.