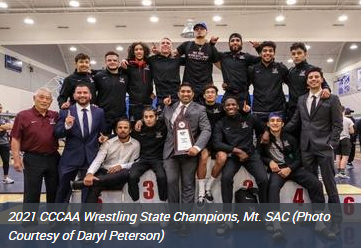 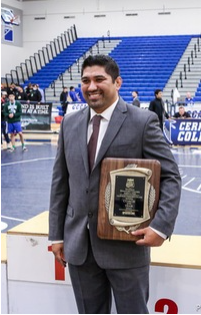 SID, and the CCCAA) - For the first time ever, Mt. SAC won the CCCAA Wrestling State Championship, bolstered by nine wrestlers who advanced to the semifinals on the first day, including five who went on to reach the championship match. The Mounties stopped the four-year state championship run by Fresno City College, who finished in third place. 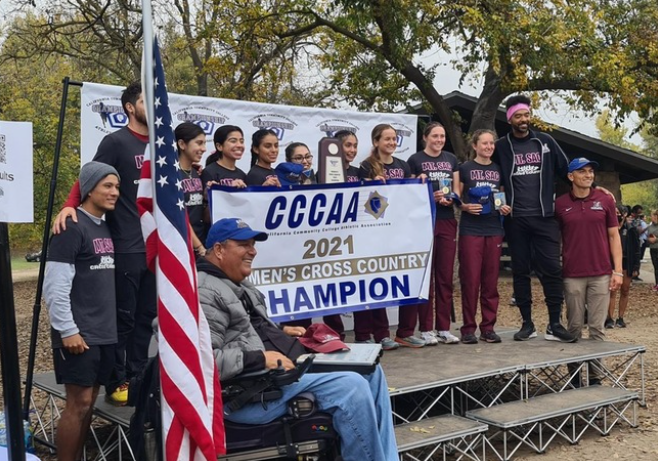 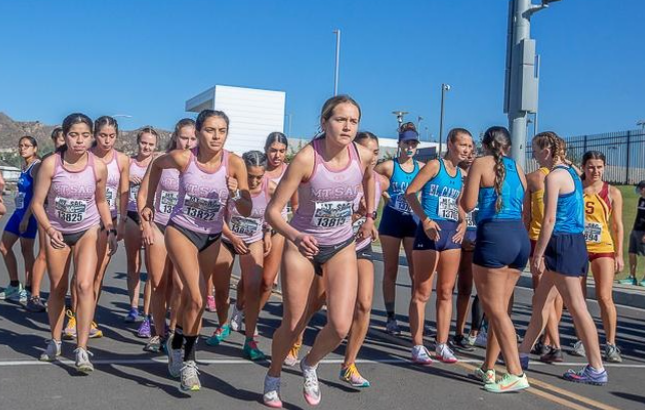 "The most impressive thing about this team was the sacrifice everyone gave individually to make the team better in the end," replied Head Coach Giovanni Lanaro.  "I am most proud of how they came together, believed in each other and believed in the program to make this championship happen." 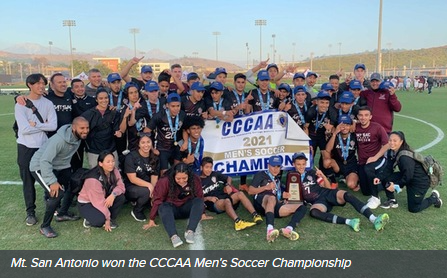 For the sixth time since 2016, Men’s Soccer won the CCCAA Championship, making them the top California team. The nail-biting finish came during stoppage time, as the Mounties beat Hartnell in a tough 2-1 victory.

"I'm just so happy that all of the hard work that we've put in this season,” said head coach Juan Sanchez. “The ups and downs, the journey, (and) at the end of the day was such a rewarding result to see that goal go in the last minute of the game." 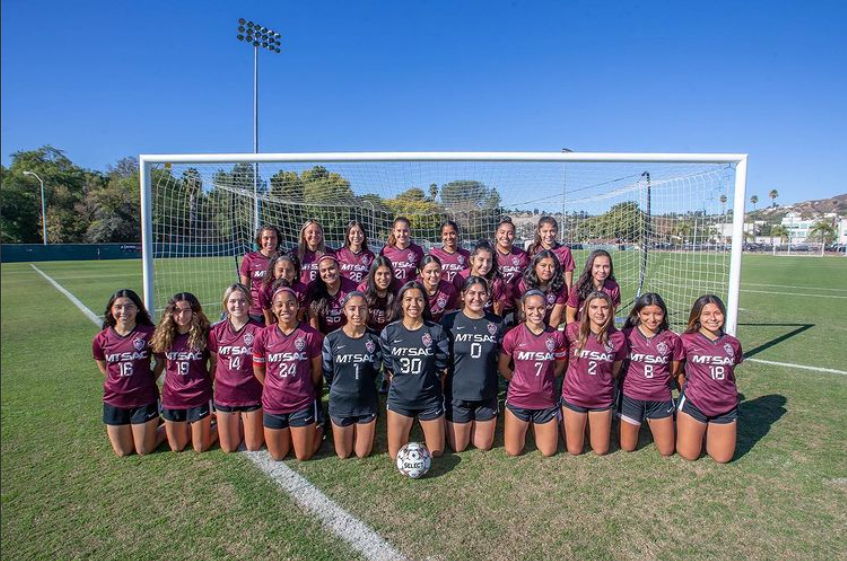 In Women’s Soccer, Hartnell held Mt. San Antonio away from the championship game in a nail-biting finale to the match.

Hartnell initially appeared to be on its way to a shutout win with a 2-0 lead at the half, but Mountie Jaquelynn Coronado took a pass from the right side from Kaylee Gutierrez before putting it into the right side of the goal, cutting the deficit to 2-1 in the 89th minute. The Mounties played frantically in the final seconds and were awarded a free kick from about 30 yards on the game's final play, but the Mountie's try was just left of the goal and the final whistle sounded just after.