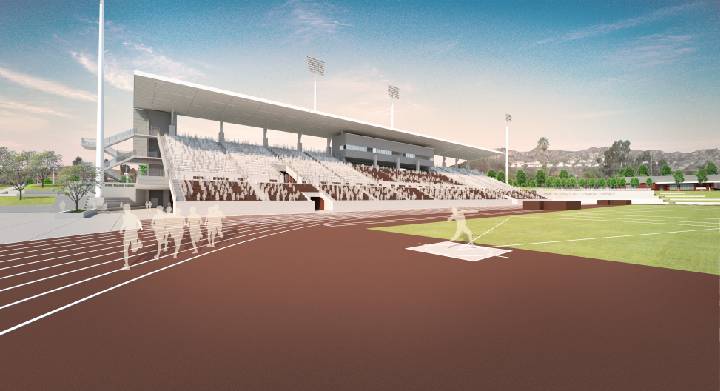 Mt. San Antonio College was recently informed that it will no longer host the 2020 USA Olympic Team Trials - Track & Field and that the USATF would reopen bidding for a new event venue.

While we are disappointed, we accept that the terms of the agreement give USATF the authority to withdraw from this commitment.

In June 2017, Mt. SAC was selected to host the 10-day event because of its long history of successfully holding world-class track and field events.  In the press release from USATF announcing our selection, board chair Steve Miller said, “Mt. SAC has long been one of the top meets in the country, from an athlete performance perspective as well as from an organizational perspective.”

The USATF referenced litigation from the City of Walnut and United Walnut Taxpayers as the reason for its decision. The two lawsuits that were mentioned have either been settled or ruled by a judge in our favor. We remain confident in our ability to deliver a completed stadium on time and a successful event.

However, there are certainly losses at the college, including financial commitments, relationships and thousands of hours of lost time. Most importantly, the entire Greater Los Angeles region will lose the economic impact of at least $37 million, which is what was generated in 2016.

The Mt. SAC Local Organizing Committee is ready to execute our plans to host the 2020 event should USATF reconsider their decision. Regardless, Mt. SAC looks forward to continuing our established positive relationship with USATF.

Mt. SAC has always prided itself as providing service to the sport, hosting world-class events, like the Mt. SAC Relays and Cross Country Invitational for more than 60 years.

Our plans remain unchanged to build a stadium for our students and community, keep hosting great events, and continue to be the place “where the world’s best athletes compete.”