Equity expert to speak at commencement 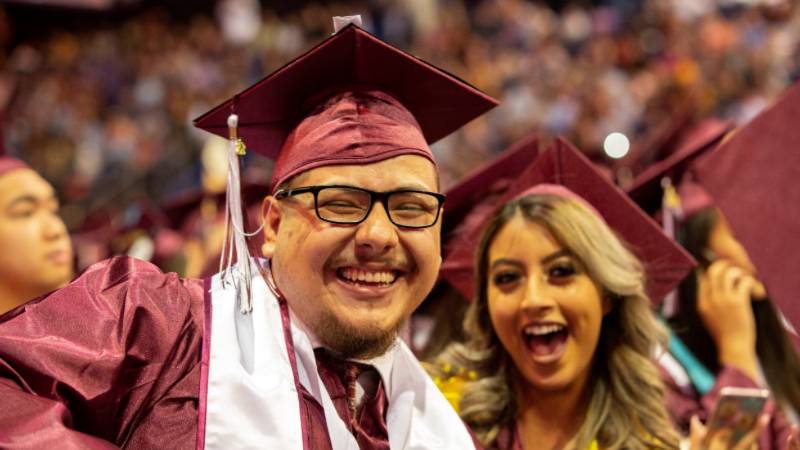 Dr. Pendakur is the chief learning officer and director of the USC Equity Institutes at the USC Race and Equity Center.  Dr. Pendakur leads three of the center’s signature activities, all of which focus on advancing racial justice in higher education and other sectors.  Prior to USC, Dr. Pendakur served as the Assistant Vice President for Diversity and Inclusion at Harvey Mudd College in Claremont. Dr. Pendakur served as the co-Chief Diversity Officer, partnering with Academic Affairs, to focus on campus-wide efforts related to access, equity, campus climate, and inclusion.  She also directed Harvey Mudd College’s social justice education center.

At commencement, Mt. SAC will recognize Emmy-award winner Augie Max Vargas with the college’s Alumnus of the Year Award. Vargas is a television producer, who officially started his impressive career on the production team for the 2000 Academy Awards ceremony. Vargas has worked on every major televised awards show: the Grammys, the Oscars, the Emmys, and the Kids’ Choice Awards. He won an Emmy in 2017 for The Oscars: All Access​, on which he served as producer.

During the ceremony, Mt. SAC will also recognize outstanding members of the Class of 2019 and award associate degrees to hundreds of graduates who actively participate in the ceremony. In all, 4,280 degree petitions were filed.

The live ceremony will be webcast from Toyota Arena, formerly Citizens Business Bank Arena, starting at 11 a.m. PDT.  via https://www.youtube.com/watch?v=xnNlxNQUmvg