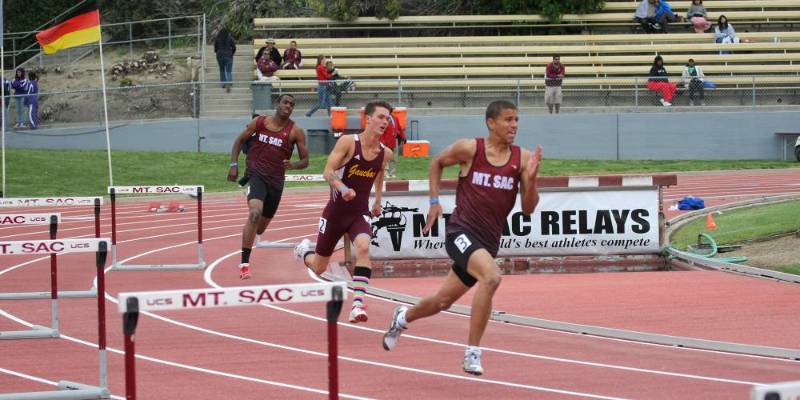 Mt. San Antonio College has been awarded the privilege of hosting the 2020 U.S. Olympic Team Trials for Track & Field.

Scheduled for June 19-28 in 2020, tens of thousands of fans, athletes and coaches are expected at the event, which will determine the athletes who will represent the United States at the Tokyo Olympic Games.

“We are extremely excited that the United States Olympic Committee and the USA Track & Field  Board of Directors have put their trust in Mt. SAC to host the 2020 U.S. Olympic Team Trials in the greater Los Angeles area,” said Mt. SAC President and CEO Dr. William Scroggins.  “Mt. SAC is committed to making the 2020 Trials a memorable event for the athletes, fans and coaches of the sport.  Mt. SAC last hosted the U.S. Olympic Trials in 1960, but has been a hub for the sport for many decades due to the vision of renowned coaches Hilmer Lodge and Don Ruh."

The event would be hosted in Mt. SAC’s new Athletic Complex, which is slated for completion by the end of 2018. The Athletic Complex, funded by Measure RR, replaces existing facilities that were built in the 1940s. The Athletic Complex will be built on a 32.2-acre site formerly occupied by Hilmer Lodge Stadium. It comprises five athletic fields in addition to a new Field House that includes men’s and women’s locker rooms, offices, restrooms, two weight rooms, two lecture halls, conference/meeting rooms, learning labs, and team/wet rooms. When completed, the facility will feature a 9-lane 400-meter track, a natural turf infield, and a new press box. Four auxiliary buildings will provide ticketing, food service, restrooms, and telecommunications services. Fixed bleachers totaling 10,912 seats will comply with the American Disabilities Act requirements. A bridge over Temple Avenue is also planned to provide pedestrian access to the site from Parking Lot F.

"We are excited and humbled to be entrusted with hosting the Olympic Trials,” said Project 2020 Chair and Mt. SAC Athletic Special Events Director, Doug Todd.  “Both Sacramento and Eugene have set a high standard in regards to how this flagship event should be presented.  We look forward to welcoming the country’s best athletes, fans, coaches and volunteers. Working together with USATF and the U.S. Olympic Committee, we will deliver an Olympic Trials that is worthy of the great athletes who work so hard for the privilege to compete there.

Mt. SAC is well known internationally for its robust track and field programs. The college has hosted the world renowned Mt. SAC Relays for almost 60 years. The meet welcomes thousands of athletes of all levels, from world record-breaking elite athletes to youths in the community. The college also hosts the Mt. SAC Cross Country Invitational, which has grown to be the largest event of its kind in the world over its 70 year history. Hilmer Lodge Stadium annually hosts over 100,000 people through its special events, which also include the Footlocker West Regional Cross Country Championships and LA84 Foundation Programs (Youth Days / Instructional Clinic Programs). Mt. SAC has been the site of numerous historic moments, including 20 world records in track and field, Olympic Trials, two national championships and the greatest day in track and field history where 6 world records were broken or tied in one evening.