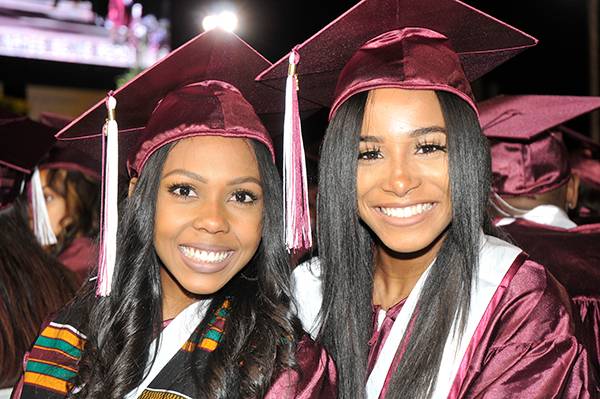 Congresswoman Judy Chu will be the featured speaker at Mt. SAC’s 71st commencement on Sunday, June 18, 11 a.m., to be held this year at the Citizens Business Bank Arena, 4000 E. Ontario Center Parkway, Ontario.

Chu will deliver the commencement address, which is expected to be an inspirational speech appealing to Mt. SAC’s diverse student population, to the Class of 2017. Chu is the U.S. Representative for California’s 27th congressional district, which includes Pasadena and the western part of the San Gabriel Valley. Now serving her third term as a congresswoman, she is the first Chinese-American woman elected to the U. S. Congress. She is an advocate of immigration reform and women’s rights, and is a strong supporter of the DREAM Act. In Congress, she serves on the powerful House Ways and Means Committee, which has authority over legislation dealing with taxes, Social Security and Medicare. Chu got her start in politics by being elected to the Garvey School District Board in Rosemead in 1985. She was later elected to the Monterey Park City Council in 1988, where she served three terms as mayor. She was elected to the California State Assembly, where she served from 2001 to 2006, and then served as a member of the California State Board of Equalization from 2007 to 2009.

At commencement, Mt. SAC will recognize former aviation student Willie Lee Daniels with the college’s Alumnus of the Year Award. A member of the Class of 1976, Daniels is a commercial pilot for United Airlines and the founder of Shades of Blue, a non-profit educational organization that fosters young people’s interest in aerospace and aviation. He has been honored by the City of Pomona, where he lived most of his life, and United Airlines, receiving the 2006 Community Service Award and the 2012 Volunteer Impact Grant Award.

During the ceremony, Mt. SAC will also recognize outstanding members of the Class of 2017 and award associate degrees to hundreds of graduates who actively participate in the ceremony. In all, 2,784 degree petitions were filed. The youngest graduate is 18; the oldest is 65. Additionally, 31 candidates will receive Bachelor of Science in Aviation Management degrees in conjunction with Southern Illinois University, and 26 candidates will receive Bachelor of Science in Nursing degrees in conjunction with Mount Saint Mary’s University.