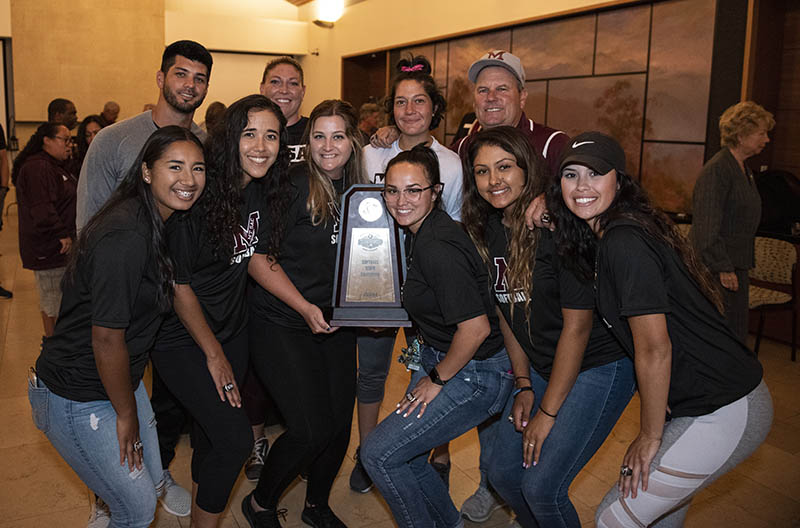 At this past Board of Trustees meeting, held on October 9, 2019, recognition was given to Head Coach Ruby Rojas and the Mt. SAC Women’s Softball Team, which won its second consecutive State Championship.  This marks the first time in school history that the softball program has won back-to-back titles.  Coach Rojas was named the South Coast Conference (SCC) Softball and the SCC All-Sports Women’s Coach of the Year.  The softball staff was named the National Fastpitch Coaches Association California Junior College Coaching Staff of the Year.  Student-athlete Brianna Wheeler earned SCC and state pitcher of the year honors, Ciara Granado was named softball state championship MVP, Quinn De Avila received the state championships Golden Glove Award, while Ally Longtree was named the SCC Player of the Year. 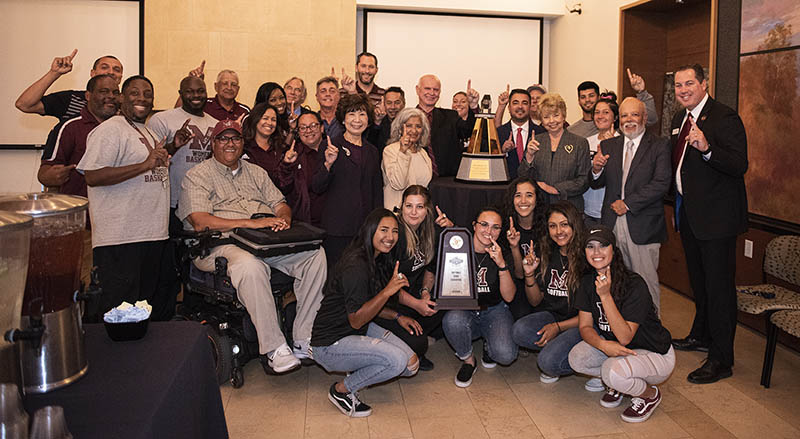 In addition to the recognitions, the following items were covered at the meeting.

Ashley Walker, the College’s senior policy advisor from Nossaman LLP’s Sacramento office, provided an overview of the work conducted on behalf of, and in partnership with, the College. The College took a total of 12 positions on bills this year, including the following that were signed by the governor:

Working together this year, the College increased visibility in Sacramento with key decision makers, strengthened relationships with members of the Legislature, Administration and staff, and advocated to continue to fund noncredit at the full rate and not be folded into the supplemental or student success allocations of the Student Centered Funding Formula (SCFF) with the Legislature and Administration.

Among the highlights: • The School of Continuing Education continues to grow with 2018-19 enrollment at 7,910, compared to 7,727  in 2017-18 • Pomona, West Covina, La Puente, Walnut and Covina are the top cities in which our students live. • Forty percent of our enrollment comes from out of the district. Ontario and Chino Hills are the top cities sending students to Mt. SAC. • Mt. SAC continues to lead the state in overall noncredit enrollment. Mt. SAC has grown 31 percent since 2014-15, while the average percent change for the state was 7 percent.

Discussed Proposed Revision to Board Policy 2330 - Quorum and Voting