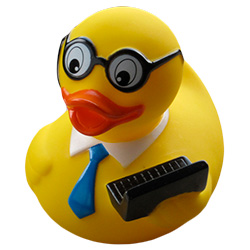 I am a Native Californian, born and raised in Southern California. After graduating from high school, I earned an A.A. from Mt. San Antonio College, and then transferred to Cal Poly Pomona, where I earned both a Bachelor's and a Master's Degree in English.

I began teaching high school in 1984, ending in 1987 where I began teaching English at Mt. San Antonio, Rio Hondo, and Orange Coast colleges. In 1999 I joined the ranks of classified professionals as the first (and last) Webmaster for Mt. SAC. In this classified position, I developed the college's web site www.mtsac.edu, writing and editing the content as well as designing the graphics and pages for the entire site. Now the Web Team has grown to include two more web designers.

I also joined the classified union, California School Employees Association Chapter 262, in 1999. In 2002, I was elected by Chapter 262 members as the Chapter Communications Officer, where I created the Chapter's first web site, which won the CSEA Golden Mouse award in 2005. I have been a member of the negotiations team and union steward since 2003.  I have held the offices of Communications Officer, Chief Steward, Vice President, and President.