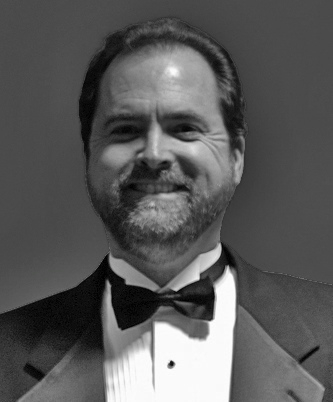 William McIntosh has been conducting choirs in the Southern California area for over 20 years. The last ten of these have been at Mt. SAC where he conducts the Concert Choir, vocal jazz ensemble "Frontline," and the award winning men’s ensemble "Fermata Nowhere."  His experience also includes directing choirs at Long Beach Polytechnic High School, Biola University, the First Baptist Church of Downey and the First Evangelical Free Church of Fullerton. He holds a Bachelor of Music degree in Music Education and a Bachelor of Arts in Psychology from Biola University, with a Masters of Music in Choral Conducting from CSU Long Beach.

Choirs under the direction of Professor McIntosh have won numerous awards and have received superior ratings throughout the state. These include three Downbeat Magazine awards and an appearance at the International Association of Jazz Educator’s convention in 1995. In Spring of 2009, "Fermata Nowhere" became the first community college ensemble to win the International Championship of Collegiate A Cappella when they took 1st place at a competition which included groups from Oxford, South Africa, Yale and several other four year universities from across the United States. In addition, the vocal jazz group "Frontline" has taken second place in the college/four year university category at the 2004, 2009 and 2010 Reno International Jazz Festival – the largest jazz festival in the Western United States.

Professor McIntosh is an active member of the ACDA, SCVA, MENC, Pi Lambda Theta, and has served several terms as the Vocal Jazz Repertoire and Standards Chair for the Western Division of the American Choral Directors Association.